MWO Member Posts: 191
September 2018 in Baldur's Gate II: Enhanced Edition
Hello!
I have identified this problem during my gameplay: 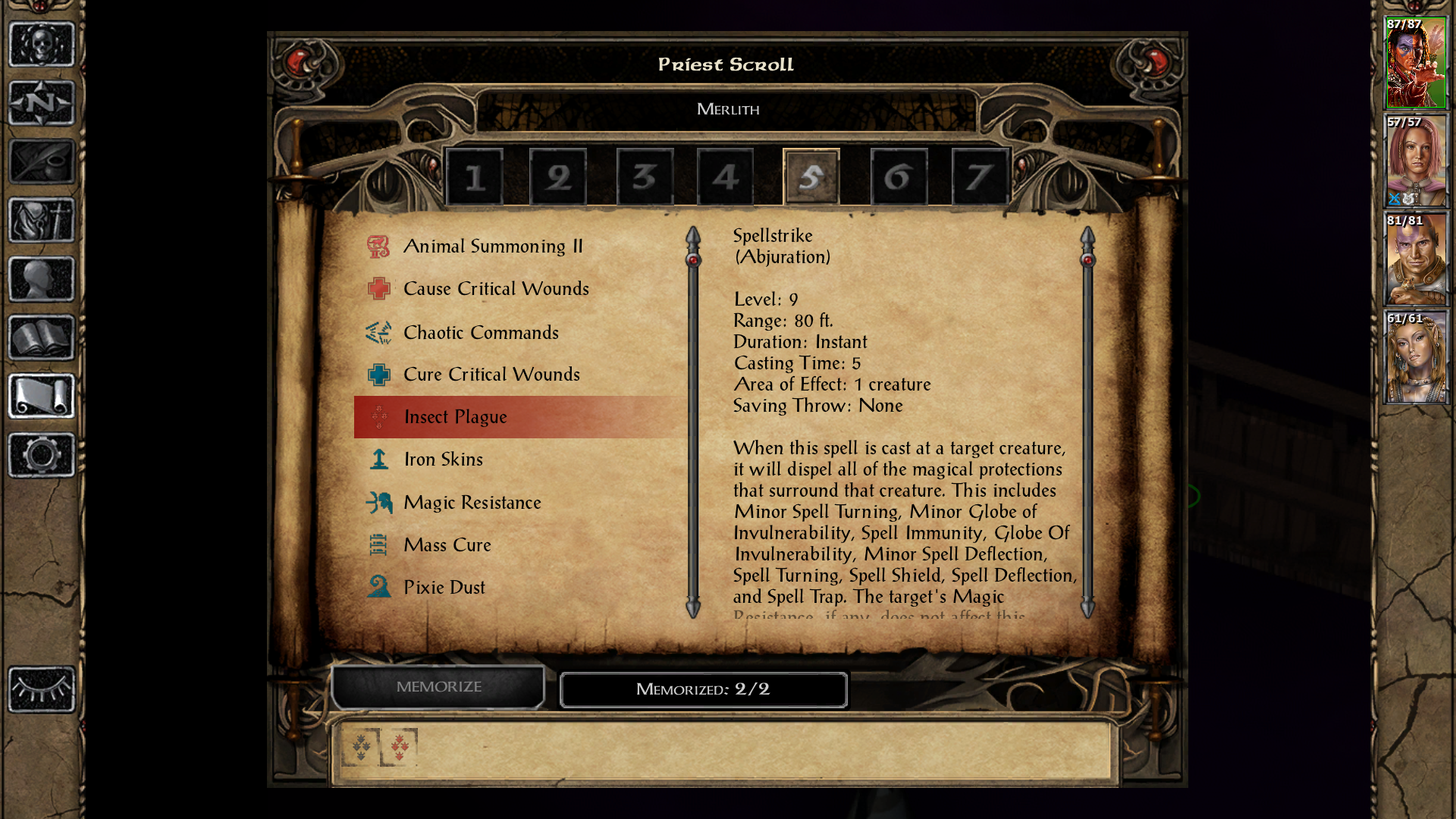 I don't expect Insect plague to be replaced with Spellstrike, a 9th level magespell. Perhaps someone of you modders out there may explain this predicament for me?

I presume this is a bug.