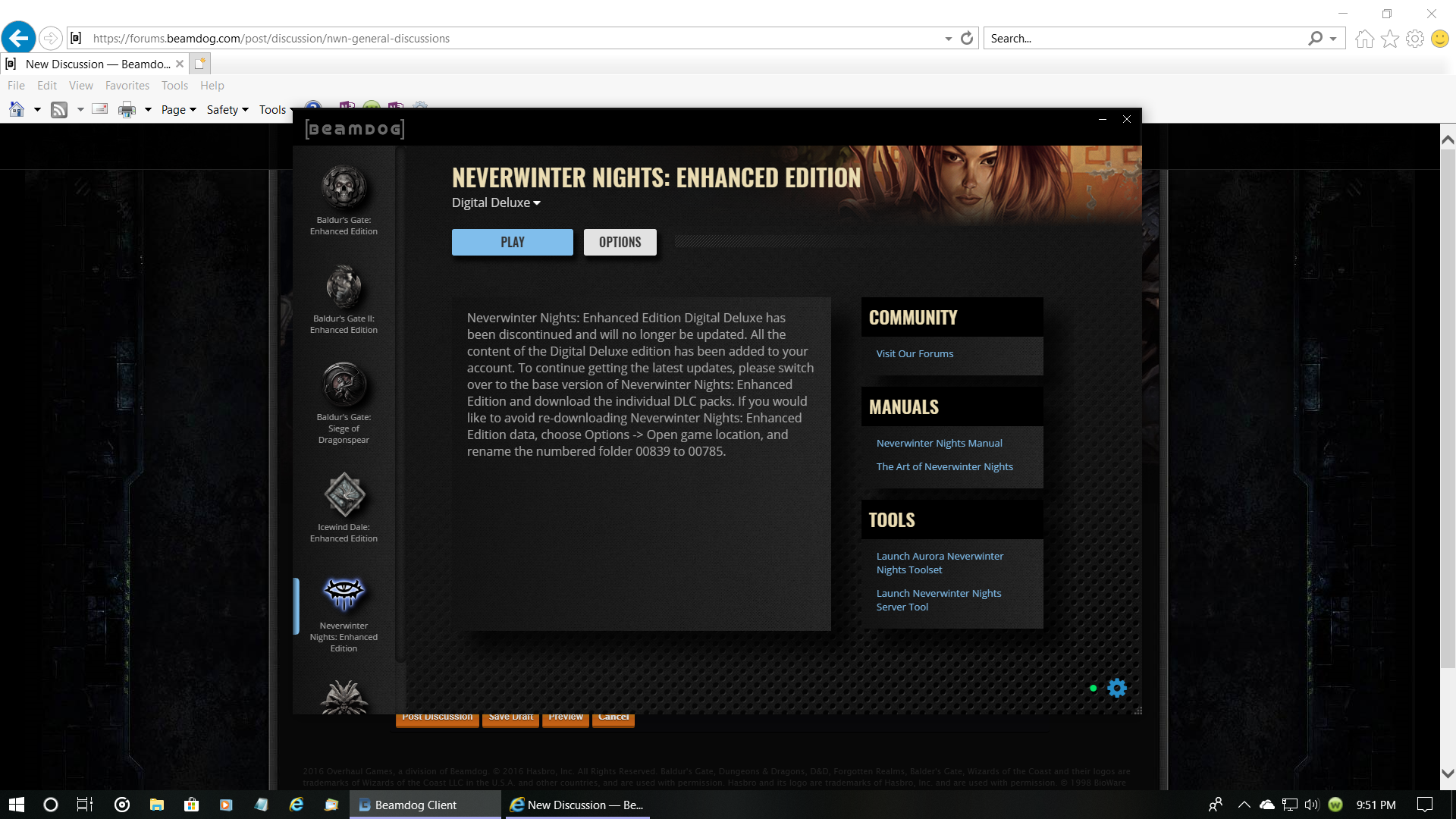 (I hope that came through!!)

Anyway, the long and short of it is, that the game I bought, has been discontinued and no longer will be supported! This is a surprise to say the least! I seem to recall paying extra for the Digital Deluxe edition when it came out. It does seem to not be supported though as the new update that just came out is not there for me to use. WTH!!!!!

Is this for real?!?? And why can't I find anything on the Blog about this?? Why is there no posting anywhere that I can find on the forum about this??? Near as I can tell, I have to rename my folder so that I can keep updating my game, but I've gone backwards???

I'm lost, and not happy about this at all!!