Alonso Member Posts: 745
April 2019 edited April 2019 in General Discussion (Spoiler Warning!)
I'm observing a quite weird behaviour in illusion dispelling spells with SCS. I'm in the graveyard crypts about to enter a room that I know is full of invisible vampires. I cast True Sight from outside that room. True Sight has a very large area of effect, 120 feet, so the whole room is well within its range. Then I send Minsc in, protected by Protection from Undead. As you can see in the picture, True Sight has only revealed one of the vampires. The other vampires remain invisible because they cannot attack Minsc: 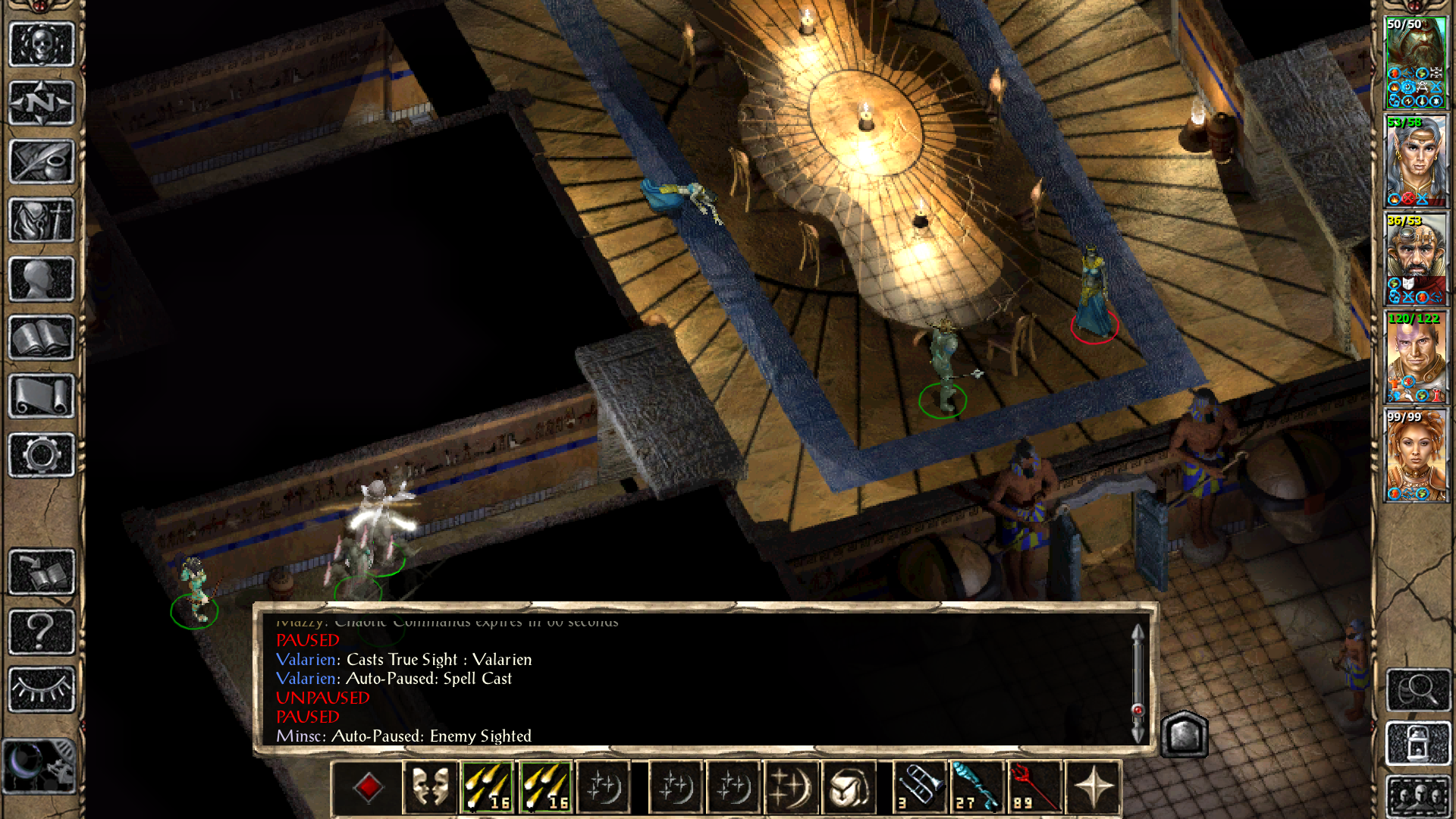 Then I send in Haer' Dalis, who is not protected against the undead. The rest of the vampires attack Haer, becoming visible immediately: 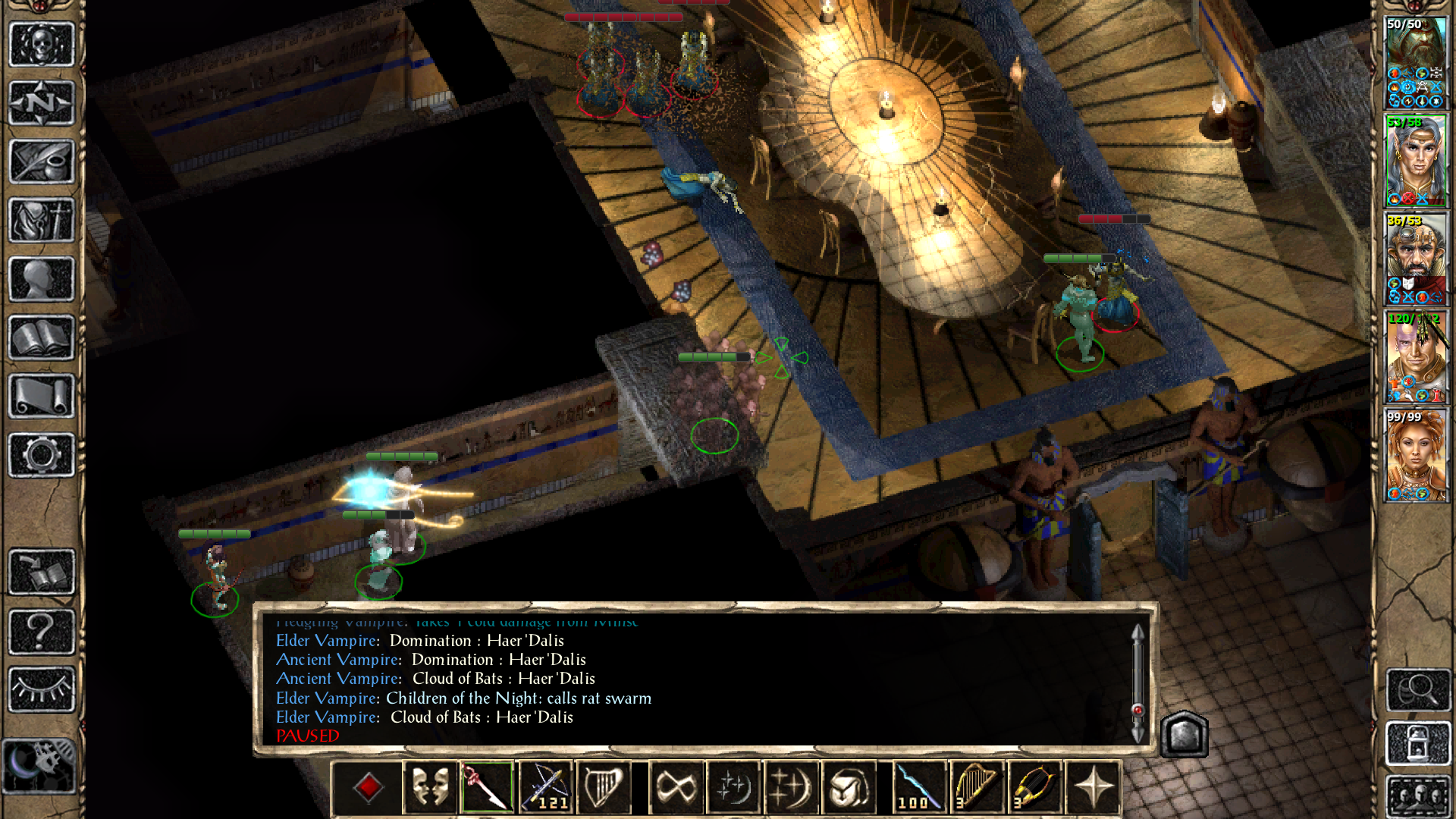 I have tested this with Oracle and the result is the same. Why are not all the vampires revealed?

I attach a save that you can use to test it yourself.