May the Fourth Be With You. Wild Surge's 15th Issue is here. 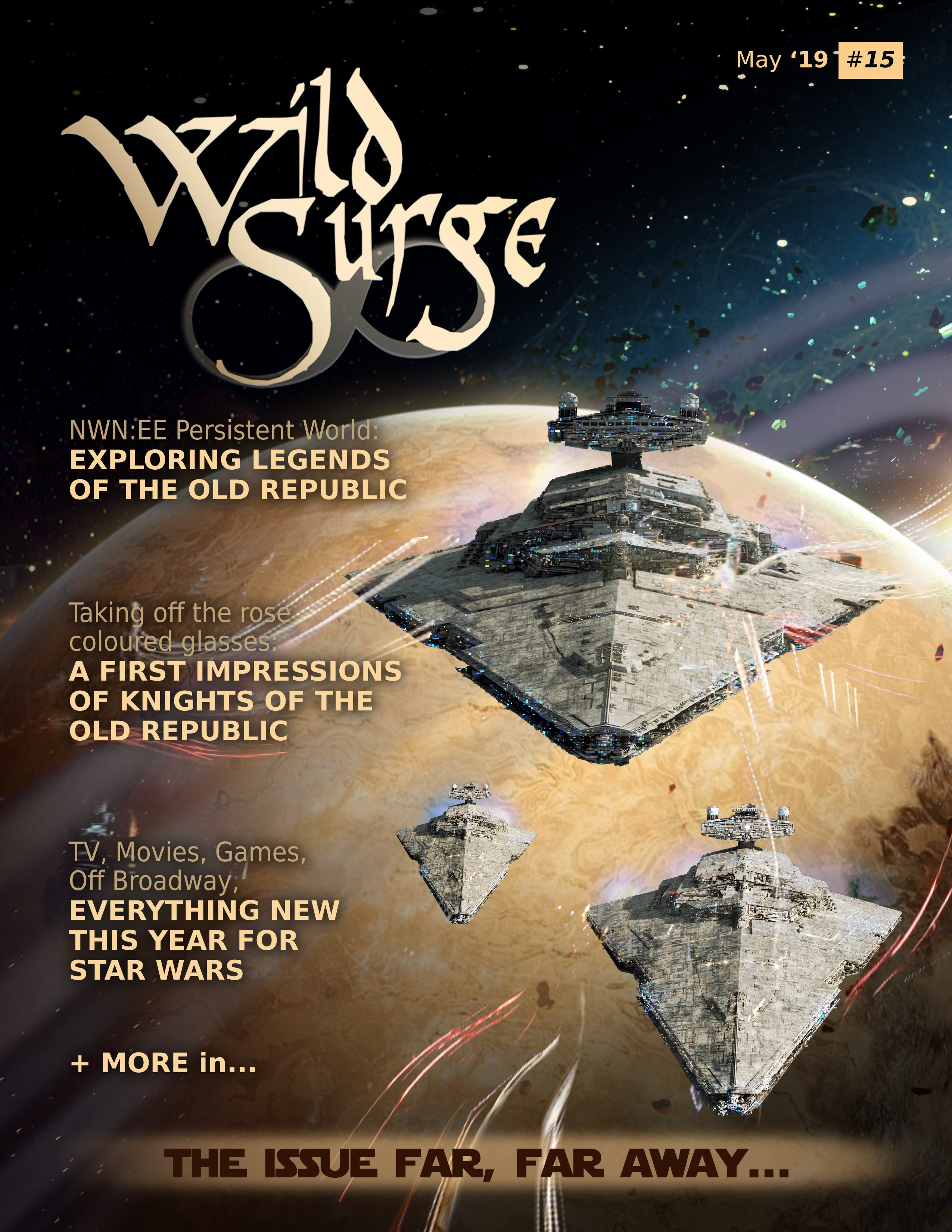 Wild Surge's 15th Issue theme is Star Wars and what better day to release it then May the 4th.

Star Wars goes beyond the cinema more than any other movie franchise. From games, to toys, to books, to comics, to cartoons, to now even live action television shows and off-broadway musicals, the franchise has expanded beyond George Lucas’ dreams and into the creativity of countless individuals who make that galaxy which is far, far away their own.

The year 2019 is shaping up to be a big year for the franchise with the final chapter that started back in 1977 set to hit theatres in December. Add in not one but two Star Wars games being released this year, as well as a new television series debuting on Disney+, Wild Surge thought it’d be a good idea to pay homage to everything Star Wars.

We look at the Neverwinter Nights: Enhanced Edition server Legends of the Old Republic that reworks the entire game into the Star Wars universe. If there is any take away from this issue, it is this. Go check out the amazing work and community @zunath and his team created. I personally was blown away.

@typo_tilly ranks each movie in order and let @Rik_Kirtaniya review Knights of the Old Republic, having never experiencing Star Wars before.

@Fandraxx compares the scores of iconic Star Wars movies as well as gives his impression of Iron Maiden’s Somewhere In Time album.

We also look at Star War toy’s documentaries and how the toys have shaped culture (and have made more money) as much as the movies. Oh, and Corpse’s Corner returns with a special guest. There’s more, but we’ll let you read it for yourself.