Rules in PnP vs on cRPG. Why some changes? In many games?

SorcererV1ct0r Member Posts: 2,173
May 2019 edited May 2019 in Off-Topic
I clearly understand that certain things like raise island epic spell, wish, etc; is very hard to implement on a computer game, and impossible to be flexible like on pnp, but certain games that tries to be very pnp like, by some unknown reason decide to not proper implement certain classes. Arcane archer on NWN1 is an example. I like the idea, but be restricted to only imbue fire, kills the prestige class against fire immune creatures(and believe, fire is one of the most resisted/negated element on the OC, player modules and hotu expansion), and Pale Master. Being restricted to one summon(instead of raising an undead army) and not getting caster level as on pnp, kills the class.

The biggest example of this is on NWN2 with warlocks. I tried to play the game with an warlock, but was an extremely frustrating experience. Then found an mod that makes his spells more PnP-like ( https://neverwintervault.org/project/nwn2/other/warlock-reworked-102g ) and started to love the class and even read the Complete Arcane sourcebook, despite never had played with an warlock in pnp, started to love the class. I mean, Chilling Tentacles GRAPPLES enemies, making the best crowd control invokation. The dead walk, instead of being limited to one weak undead, can easily raise an undead army and you can't control more than your CL * 2 HD worth of creatures. The SR check on Eldricht blast was corrected. Not all pnp invokations are in the cRPG since they aren't easy to adapt to an cRPG, but make the class closer to pnp and less "nerfed", made one of the worst experiences that i had with an class into my favorite nwn2 playtrough(at least until the moment, still lv 10). 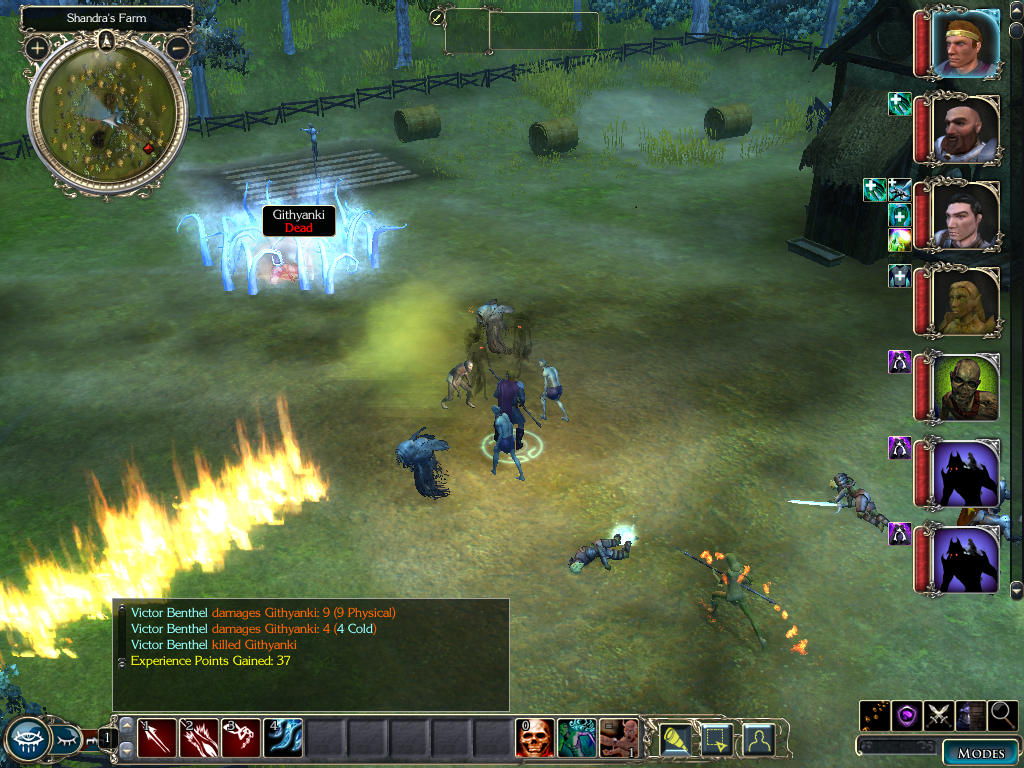 The biggest example of this is sword coast legends. The game has less D&D on it than games that has no relation with D&D. And the best examples of adaptating PnP rules into an cRPG is Icewind dale, Baldur's Gate and Pathfinder Kingmaker. NWN1 did right on most things, except necromancy, conjuration and prestige classes. If modders can make this PnP like, why big companies can't?
0 · Share on Google+ Share on TwitterShare on Facebook