The tale of Zorg, the punching Dragon Disciple

monico Member Posts: 571
September 2018 edited September 2018 in Challenges and Playthroughs
After thinking about it for a few days, testing and inputs from players on this thread, the whole concept was revolving around using the mage's touch spells (Chill touch, Shocking Grasp, Ghoul Touch and the likes) and the Polymorph spells (lvl4 and lvl9).

Which got me thinking "how about making a punching team ?"

3 person custom team :
- main character : Zorg, an evil dragon disciple, who despite having access to great arcane power, knows that the best way to resolve a situation is with your fists.

- Aroch, an unkitted lawful evil monk (a DMM would have been too similar to the DD, and I've never liked the SSM anyway, so hence the evil touch). Although Aroch never had a clear faith for any specific god, he has lately felt that he was a chestpiece on the grand scheme of the Gods, and was meant to influence the destiny of the sword coast, albeit indirectly. During a pilgrimage in Candlekeep, Aroch saw Zorg punching anyone disagreeing with him, sensed the energies revolving around him. He has since followed him, serving both as a mentor in martial arts, a scribe recording our anti-hero's deeds, and a devout sensing that Zorg was the envoy of the Gods he was seeking.

- Xania : a female shapeshifter. Although her order has always pursued balance, she feels the werewolf blood inside her thrumming with violence and a thirst for power. She met Aroch while he traversed Cloakwood on his way to Candlekeep, and immediatly felt a sense of kinship with Aroch's quest and view on the ways of the gods, using mere mortals as pawns for their giant chest game of power.

And thus, our party goes on its quest. 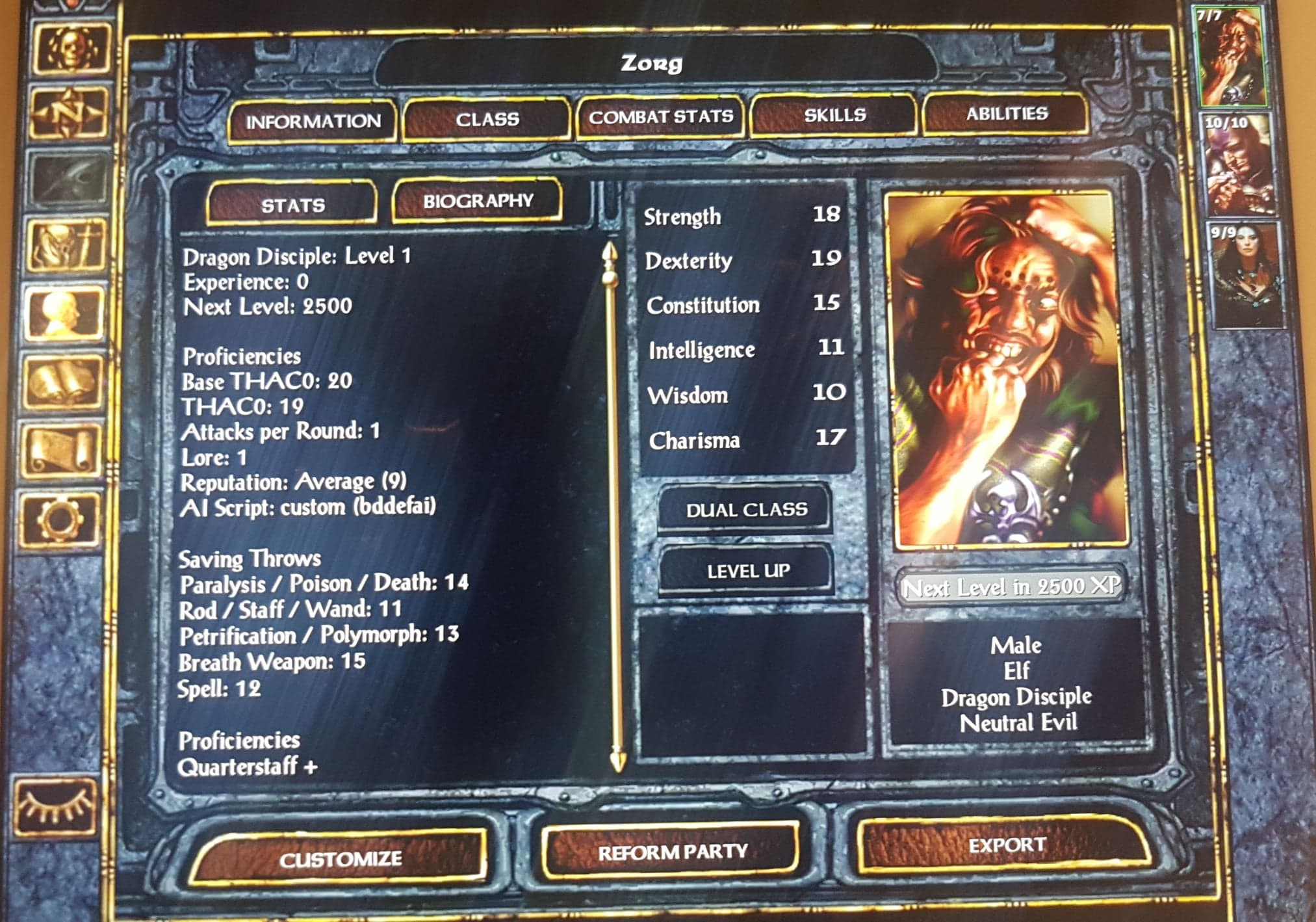 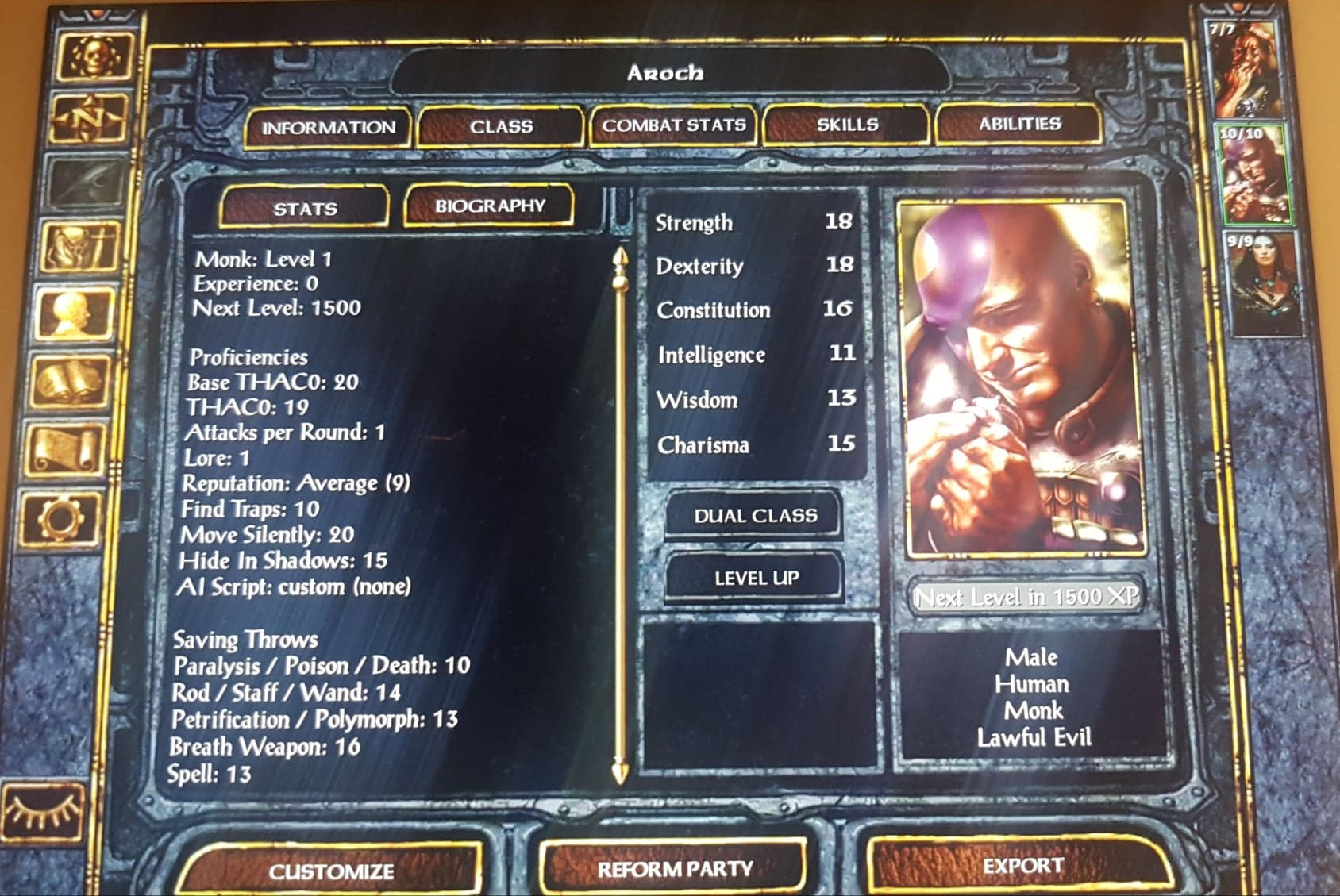