I messed up TOEE, what should I do? 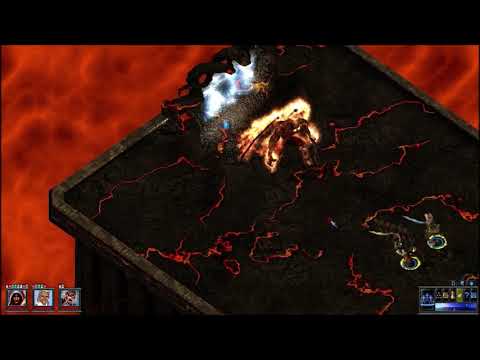 (This video is me, killed by Demon at Fire Node. You don't have to watch it, it just shows what happens when I fight stronger enemies)

However, I can't level up anymore because I've wiped out almost every enemies.

However, all remaining enemies are too strong to kill.

Wiped out Lich Mathel, his minions.

However, they are too strong to kill and I don't have any enemies to get exp.

Sometimes I rest inside Temple to have random encounter, but most encounters are ogres and they don't give me much exp.

Furthermore, I can't recruit NPCs because I don't know why, but people of Hommlet are hostile to me. Elmo, Burne, Rufus died.

I can't go to Nulb too because I killed Dala and Nulb are hostile too.

Remaining companions are Zaxis(Bard), Sargen(Wizard) but they are too weak.

I have Fragarach and Scather and these are good weapons but it's not enough to beat them.