lelag200 Member Posts: 125
December 2020 in Baldur's Gate: Enhanced Edition
I finished a fighter/thief solo the other day and was proud to see damage output around 100 on back-stab crits with staff +3. However, I got thinking about how much more damage could a thief do with x4 backstab despite proficiency limits with weapon and style. Really I'm looking into killing Sarevok with one critical because that would be fantastic to see.

To my knowledge, the following setup is as good as it gets when trying to reach the highest damaging hit attainable (without cheats)---> Level 10 Theif or Assassin backstabbing with Staff of Striking wearing Gauntlets of Expertise, buffed with a potion of cloud giant strength and Draw Upon Holy Might to bring strength to 25.

If research is right then I should be able to kill Sarevok in one blow as his physical resistance is only 10% at hp=135. Am I missing anything that could improve on damage output? 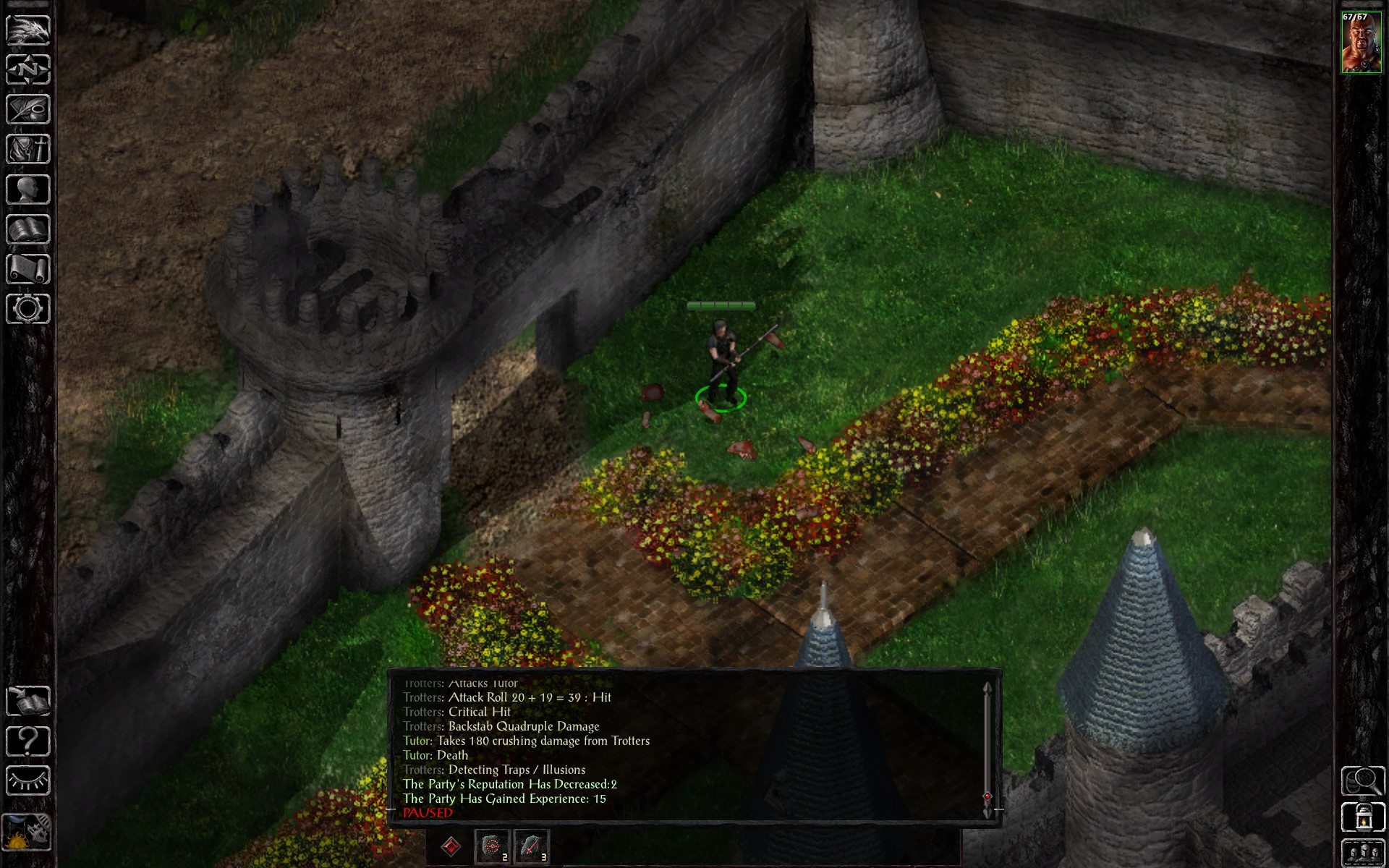