Alonso Member Posts: 806
July 2016 edited July 2016 in Troubleshooting
I'm fighting Perth the Adept. He casts Mislead, but Keldorn casts True Seeing and attacks him (or maybe his misleading image) with Carsomyr, hence dispelling at level 30 with each strike. However, the misleading image doesn't disappear. In the screenshot attached you can see the moment when Perth casts Mislead, then Keldorn has "one true seeing", and even after that (not seen in the feedback screen), he hits Perth, who gets the corresponding dispel effects. The screenshot is taken after the Dispel effects, but the misleading image is still there. What's going on?

Note: I modified my game with EEKeeper to change the difficulty to LoB in the middle of the game. Apart from that, it's a vanilla installation. 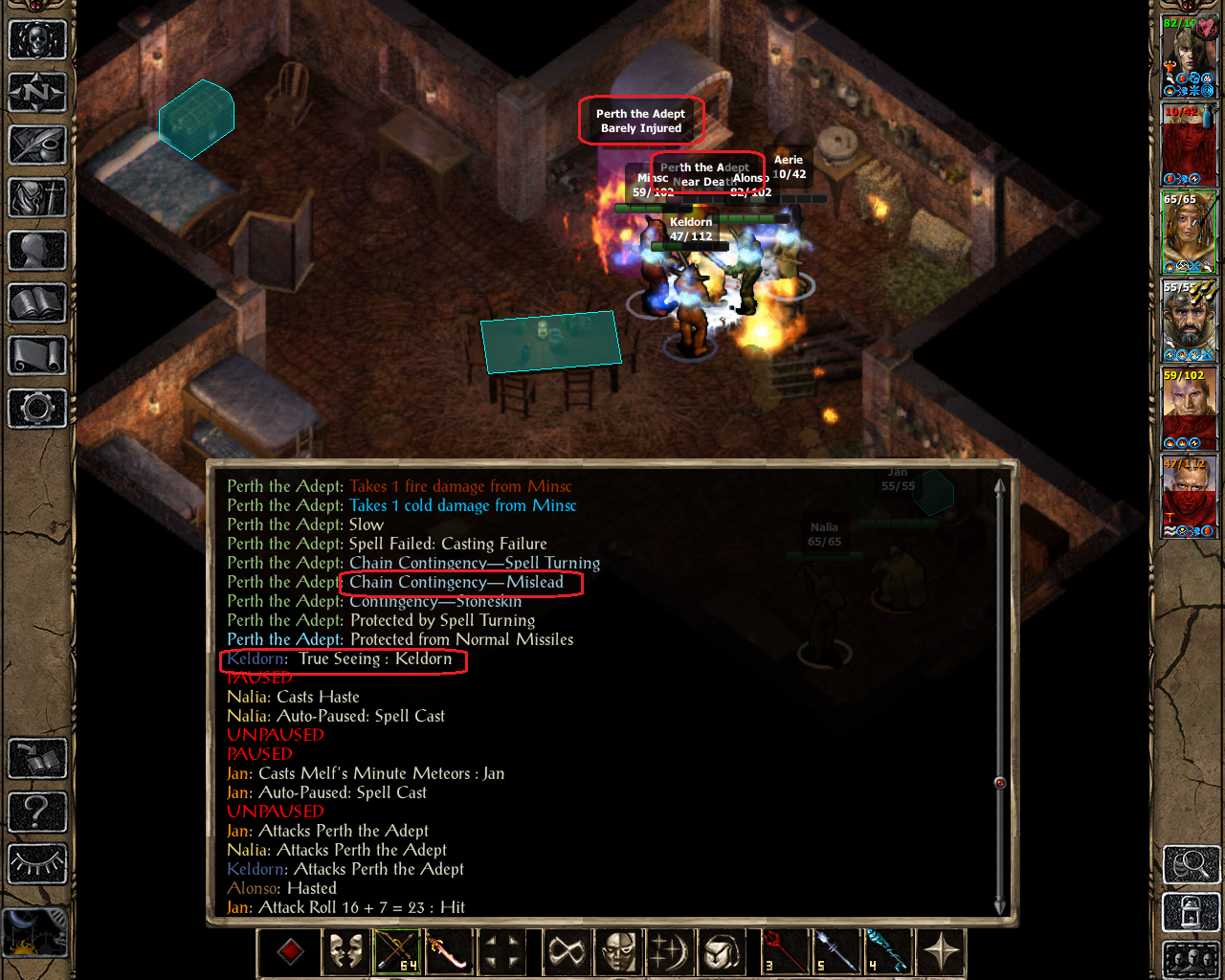