PST:EE- Spell damage not considered being done by caster in some cases.

Tresset Member, Moderator Posts: 8,155
April 2017 edited April 2017 in Troubleshooting
I have noticed that with several damage dealing spells some of their damage is not being 'sourced' properly. By this I mean that when the caster casts a spell, and the spell damages the target, the caster is not considered to have done the damage to the target. The main problem this causes is that no XP gets awarded for the kill. It is like when you ctrl-y a target. You do not get XP for that target because none of your party characters inflicted the damage from the ctrl-y. Here is an example of a spell that does this: 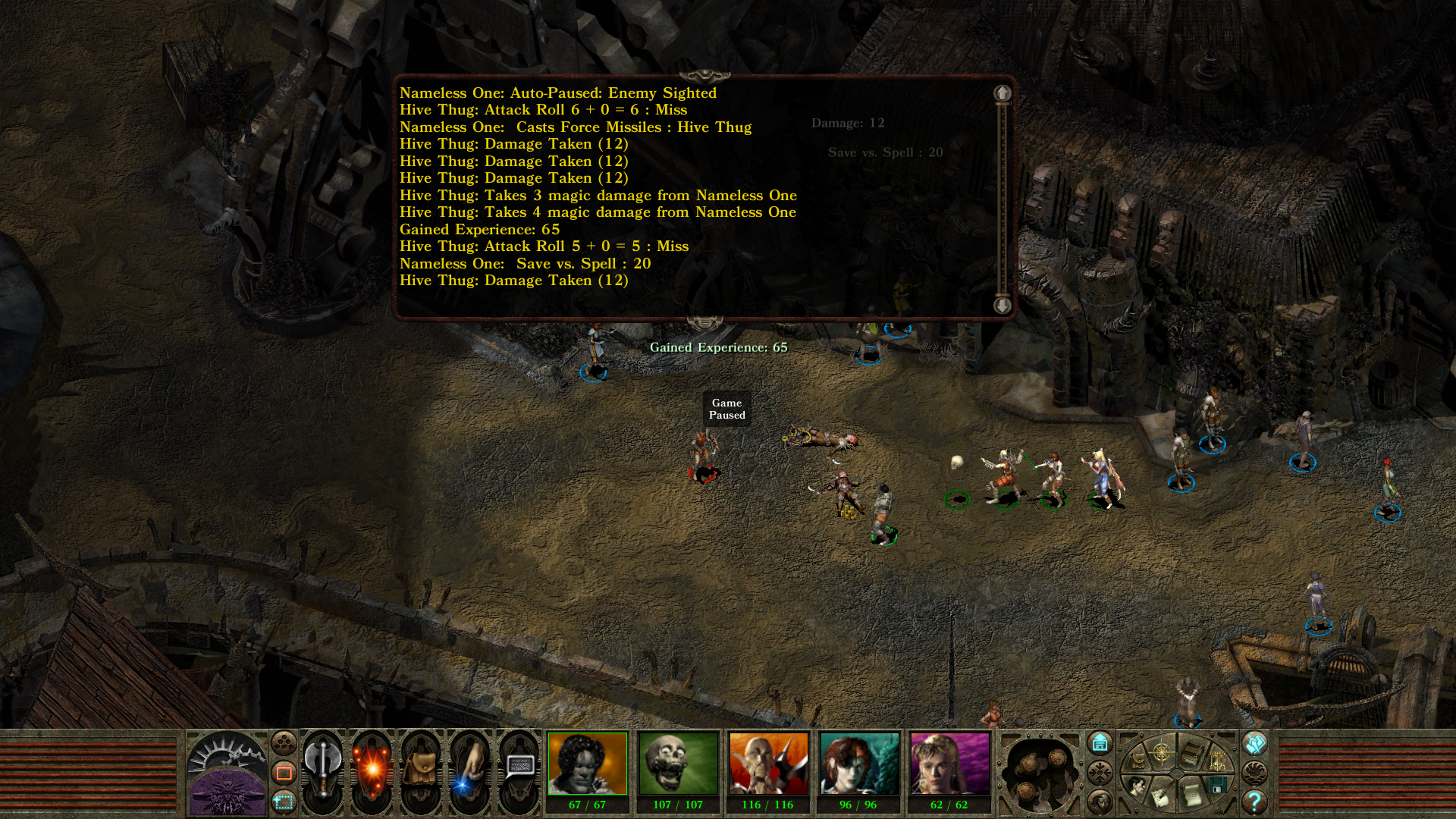 In this screenshot I cast Force Missiles on the thugs. I had 3 missiles and I killed 2 thugs with them. Notice that the damage is displayed two different ways (Note that this is NOT a display issue! The display inconsistency is but a symptom of the true cause of this problem.). The base 2-8 damage of the missile is displayed: This is correct behavior. The damage is being done by my character and if this 3 damage were the finishing blow I would have gotten an XP award.

The AoE +1/level damage of the missile is displayed: This is INCORRECT behavior. Not only is the type of damage not displayed (i.e. magical), but the damage is not considered as being done by my Nameless One. If this 12 damage were the finishing blow then I would NOT have gotten an XP award.

The second missile I threw did 4 damage and killed a thug. Since this was part of the base 2-8 damage of the missile and was properly sourced I got XP for it.

The third missile I threw did 12 damage and killed a thug. Since this was part of the AoE damage and was not properly sourced to Nameless I did not get XP for this kill. (BELIEVE ME! I did unpause and wait long enough for it to be awarded. It never was.)

I have so far found several spells that have this odd behavior, but I suspect there are quite a few more as I am not familiar with all the spells in the game yet (I am still on my first run).

Here are the spells I have found that have improperly sourced damage so far:
Ax of Torment
Force Missiles
Ignus' fire version of Force Missiles (I forget what it is called).
Blacksphere
Post edited by Tresset on April 2017