The Adventures of Gaspar: The Suavest Swashbuckler to Sail the Seven Seas! (ctrl+q playthrough)

Flashburn Member Posts: 1,841
May 2014 edited May 2014 in General Discussion (Spoiler Warning!)
In which we shall see how many scripts we can ruin by brainwashing friends and foes alike.

Inspired by the ctrl+q thread, and something I had been meaning to do for a long time, this is a playthrough of BG2EE where you force your enemies to fight alongside you! This isn't a hardcore, no-reload, SCS-whatever - it's pure and simple FUN!

The rules are simple. Ctrl+Q forces a creature to join your party. In this playthrough, there will be 5 creatures plus CHARNAME in a party. If one dies in combat, they will not be raised and instead will be replaced with more random creatures. I'll try not to force bosses into the party, as tempting as that may be, for the sake of what little balance there will probably be in this playthrough. And to increase the diversity of party members, and to save myself equipment headaches, brainwashed allies will stick with only what they have.

There are other mods in use besides these, but these are the most relevant:
Dungeon-Be-Gone
BG2 Tweakpack
Weimer's Item Upgrades
aTweaks
Rogue Rebalancing
More Style For Mages
BP Ascension
And a few custom tweaks that I made myself for convenience and balance reasons

So I present to you, the irresistable, handsome, charming Gaspar!
Just pretend he's a human, I'm not dual-classing so there's literally no reason to be one. 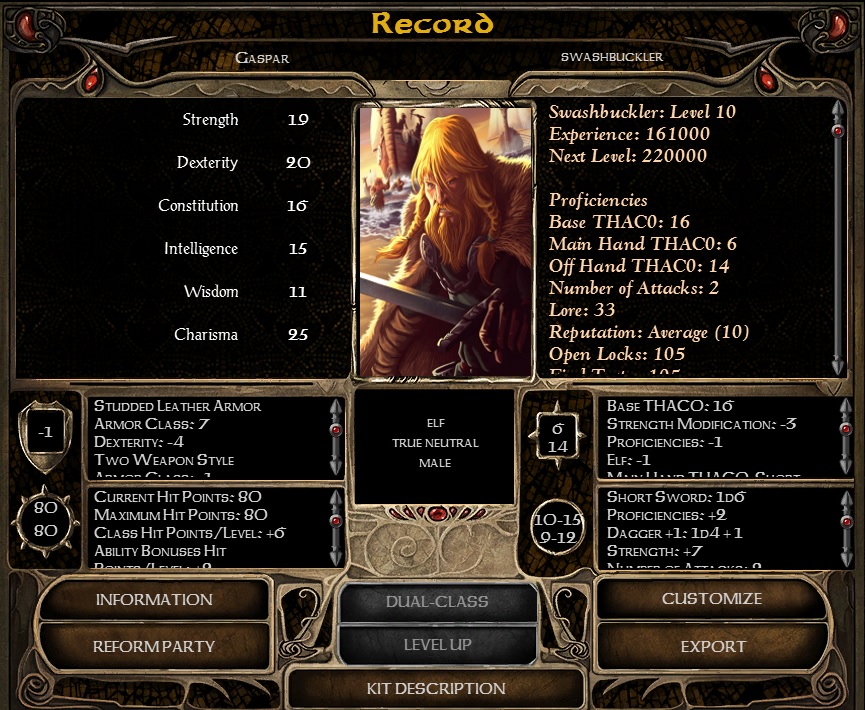 So, I've just been released from my cage by Imoen, who I promptly told to get lost. Our first victims volunteers are Irenicus' Jailkeep Golem and a Smoke Mephit. Let's name them...uhhh, Derick and Jim. 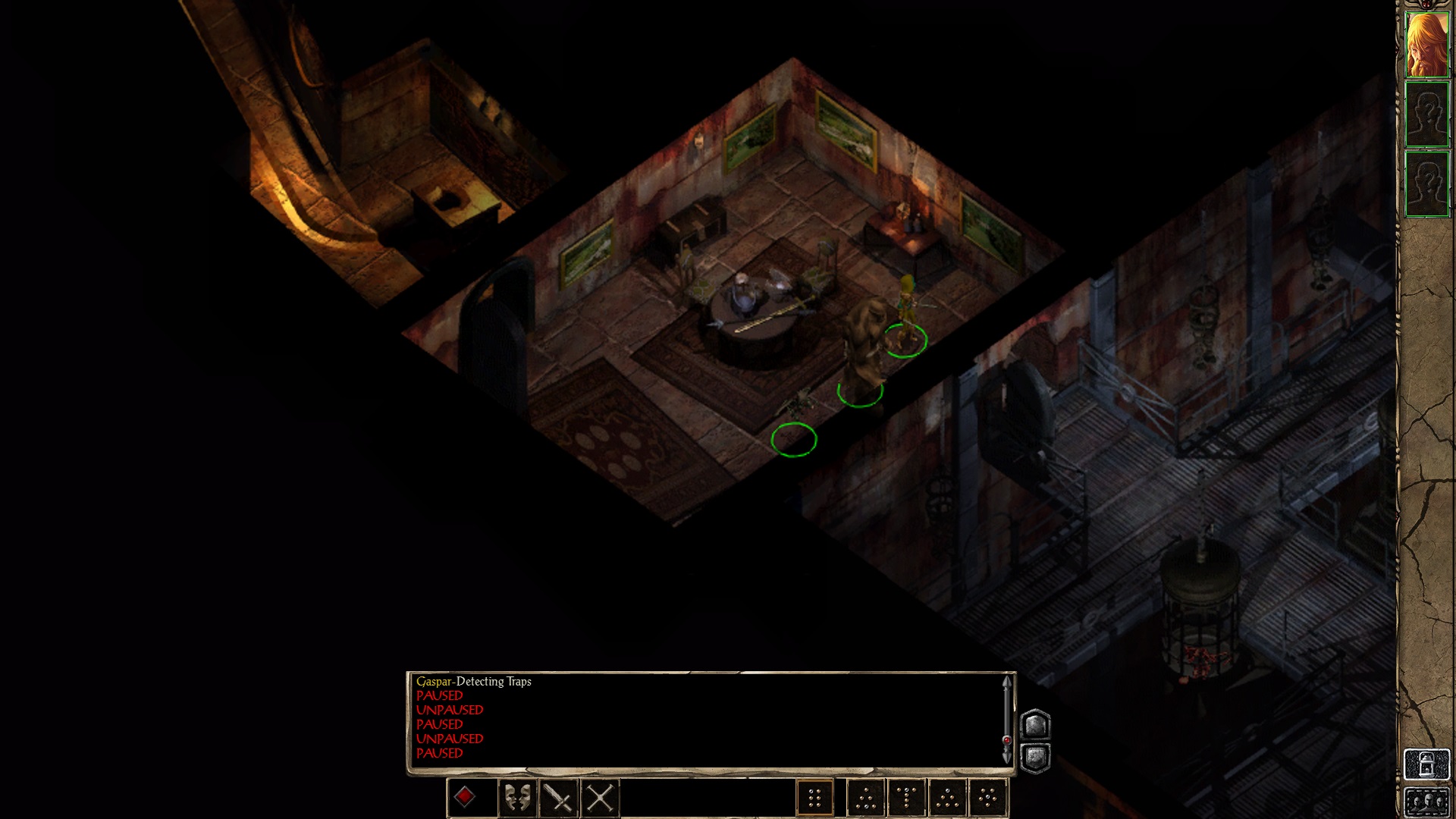 And now we let out Jaheira and Minsc, because I would feel bad if I didn't. 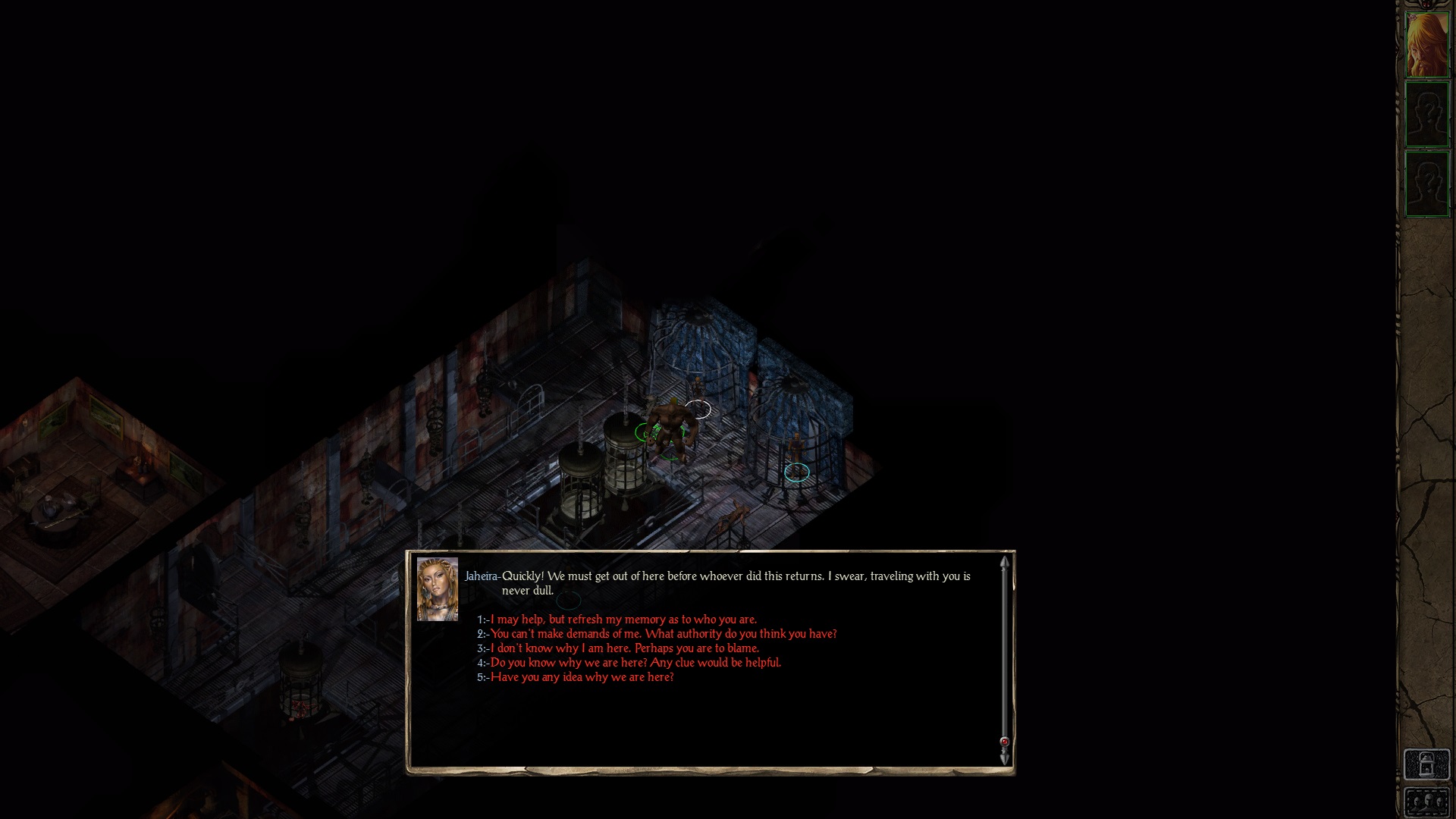 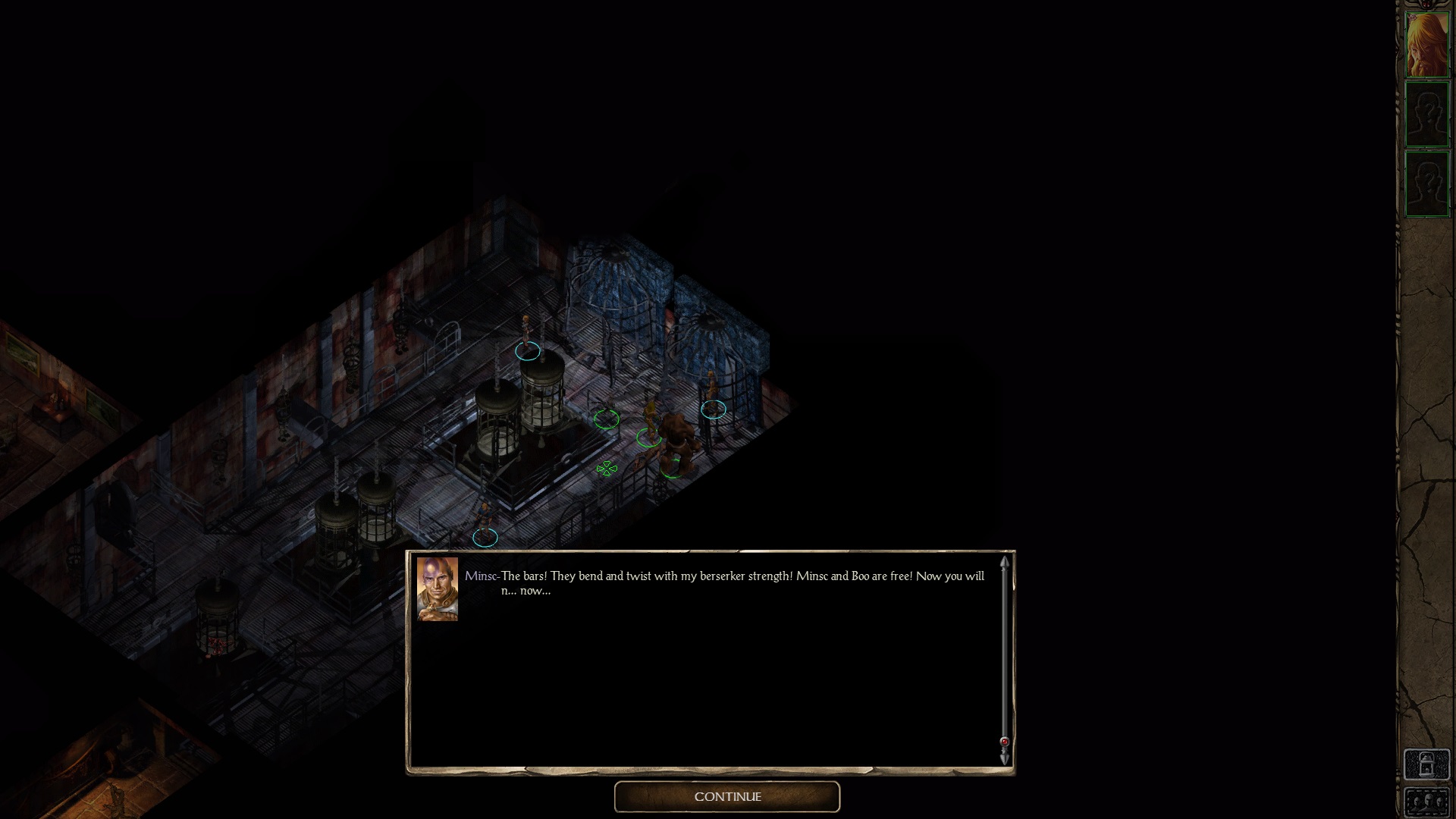 And now we're going to get out of here. 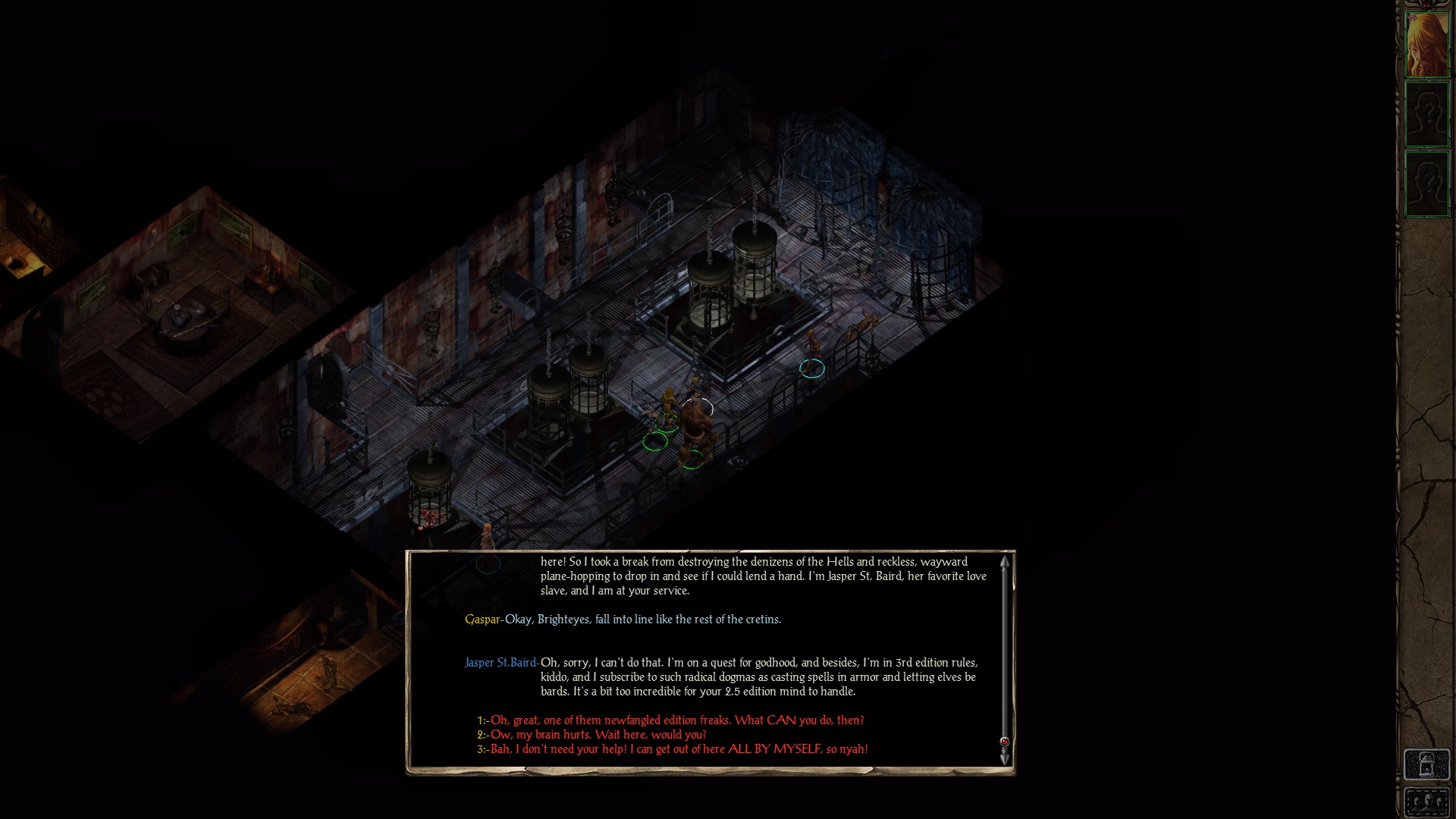 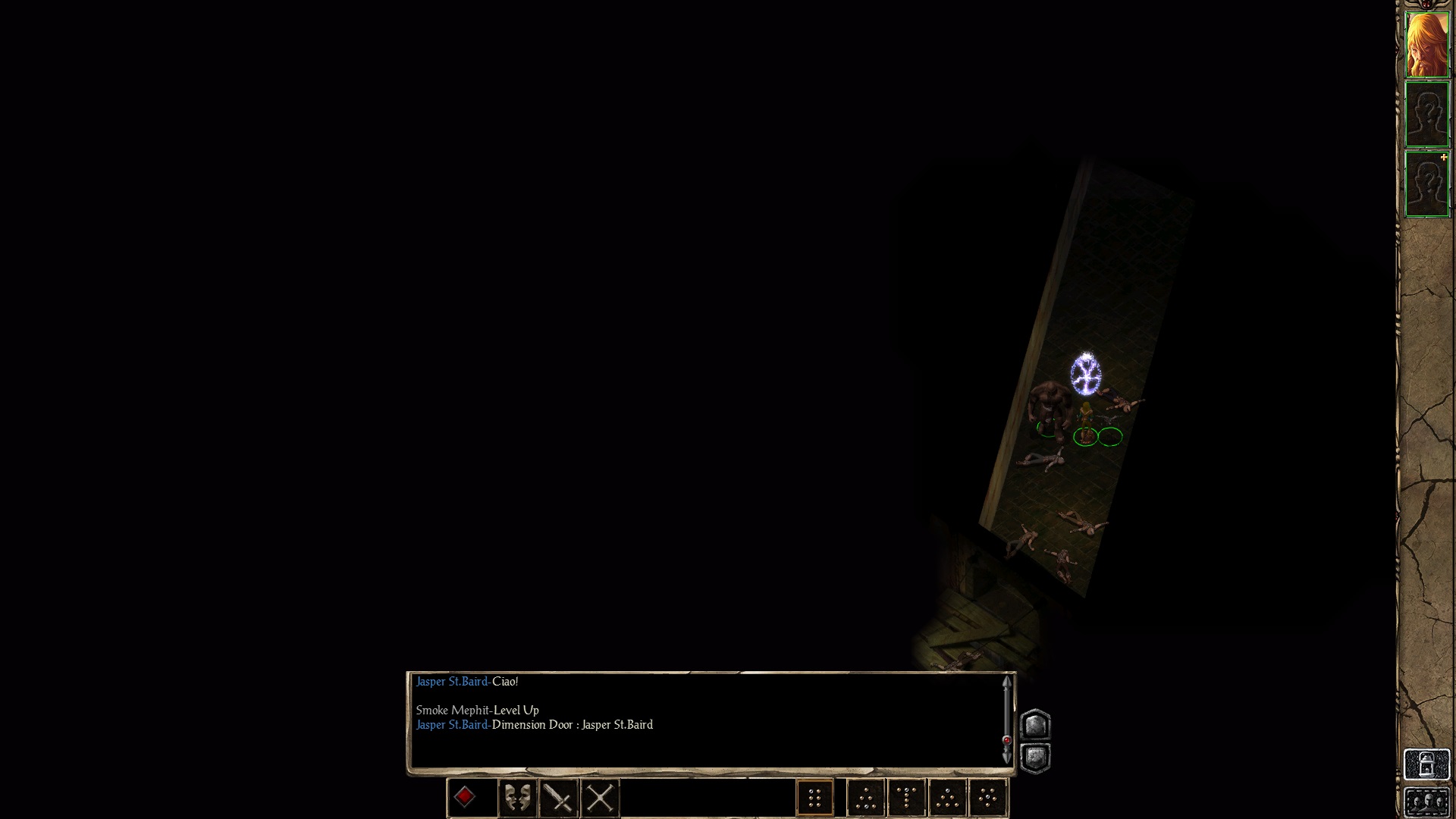 Let's see what we can-

Oh. I don't know what I expected. This is probably going to happen a lot, come to think of it.

Tune in next post for some actual fighting hopefully!