Blackraven Member Posts: 3,468
March 2015 edited March 2015 in General Discussion (Spoiler Warning!)
Although I had decided a few weeks back that I'd take a break after Glorydd, I found myself remarkably eager to roll a new character to wash away the foul taste in my mouth left by the Dwarf's death.

This character became Euphonia, Half-Elf Skald. Conceptually it's one of my favorite classes, but my performances with Skalds have been less than stellar. Euphonia's my fourth. Ocker the Dwarf fell to Shoal's (ranged!) kiss of death, Nereniel the solo Skald died against Drasus & co, and an undocumented, non-optimized Skald was drowned by a Water Weird. So I'd say expect little, and who knows she might surprise you all 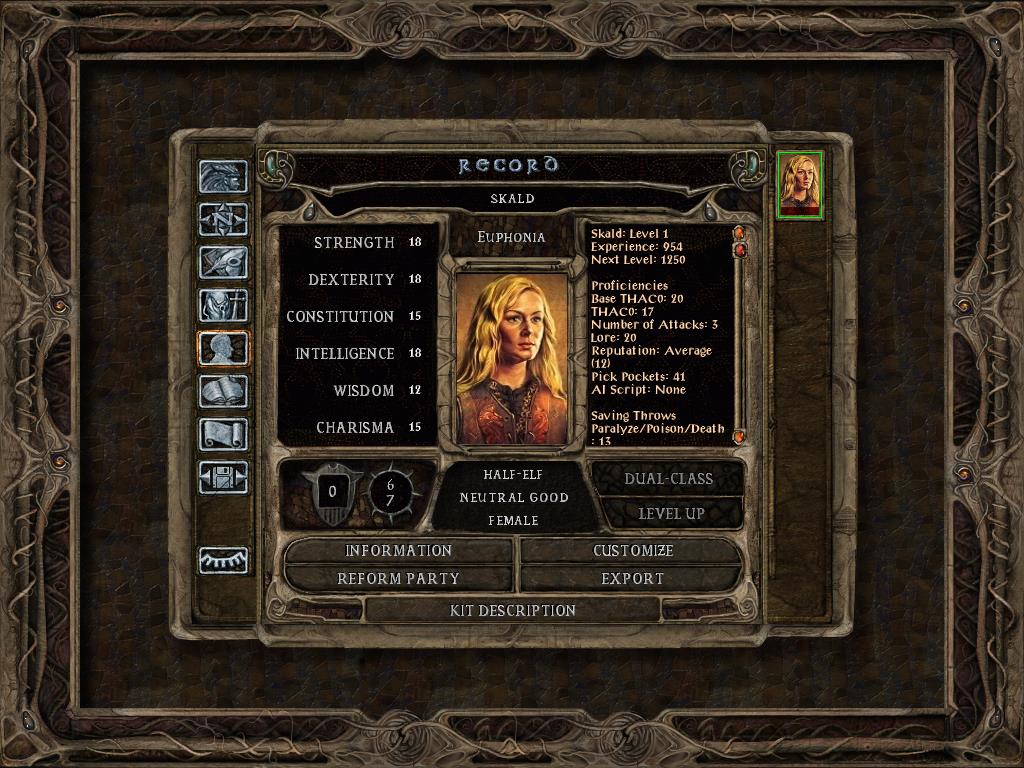 As you can see I got a very nice roll and went with optimized stats, because I think I may need every benefit I can get. Euphonia will journey with (like-minded) companions; besides her kit a second aspect of this playthrough that doesn't bode well for Euphonia hehe.

As always, I play with Rogue Rebalancing, the implications of which can be learnt here: http://readme.spellholdstudios.net/rr_core.html#Bard_kit_revisions.

Euphonia started her adventure with a Wolfskin Bag to store items in, and with a Pseudo-Dragon Familiar, Fluister. Fluister, encouraged by Euphonia's song and Swashbuckler Imoen's arrows was instrumental in the girls' first careful steps toward Sword Coast heroism. In the Red Canyons for example, it knocked a Wolf unconscious (allowing the girls to save Melicamp and seeing him restored by Thalantyr), and it even slew a Dread Wolf. 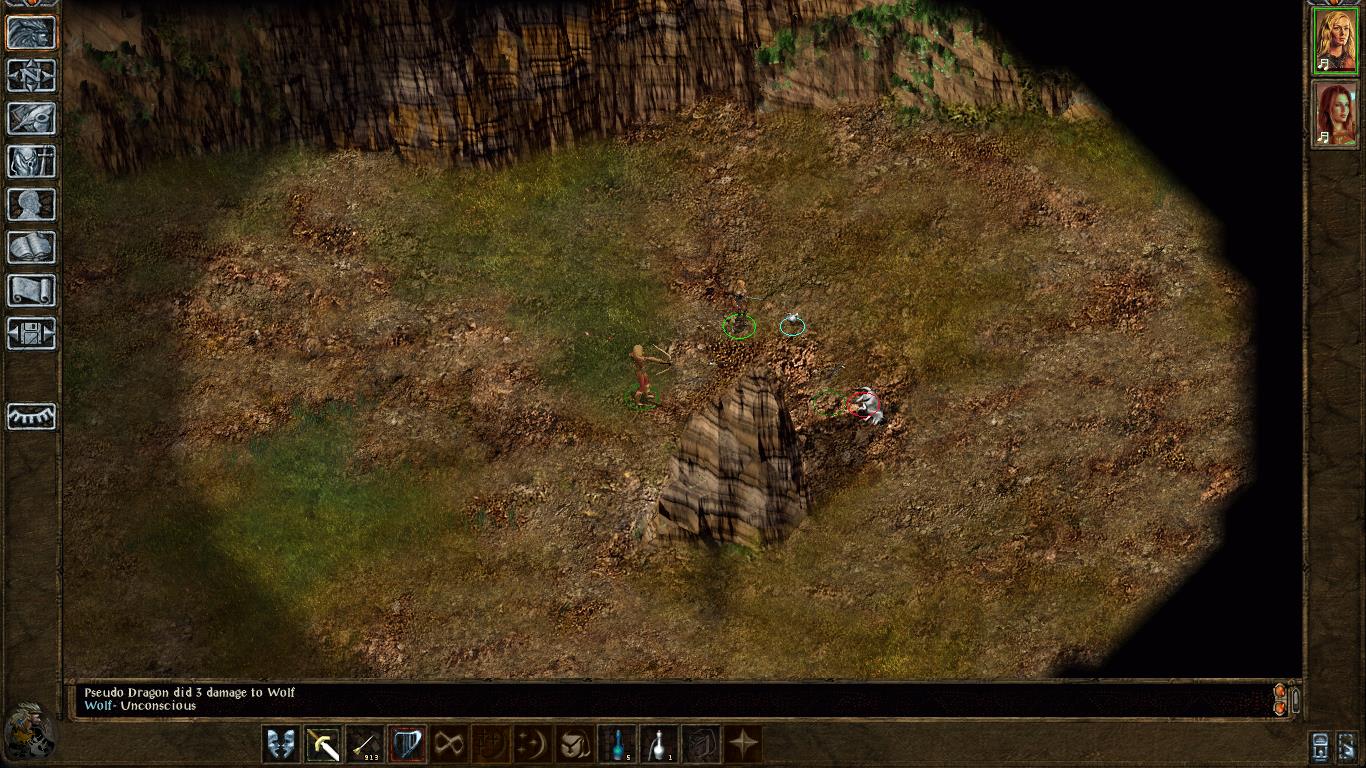 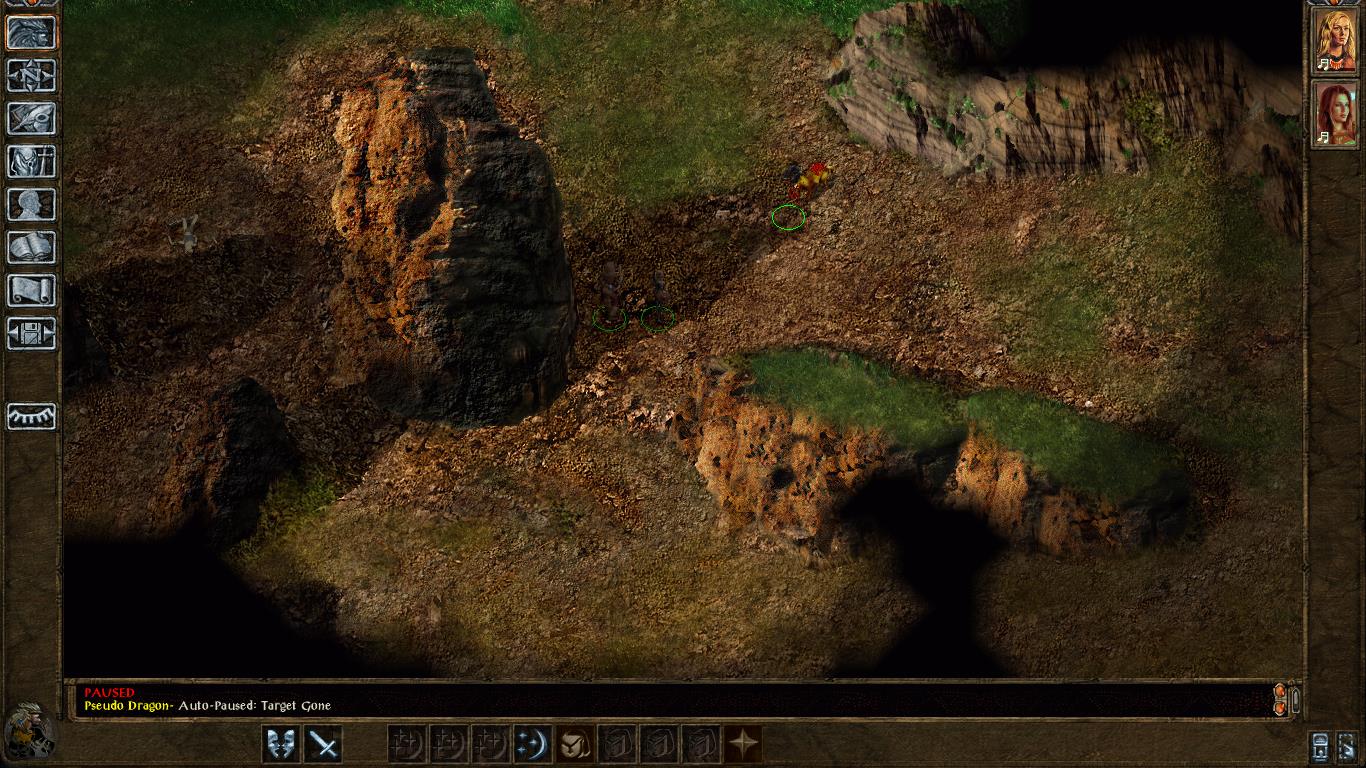 In Nashkel the familiar tanked a Baby Wyvern and killed an assassin who was after Euphonia. 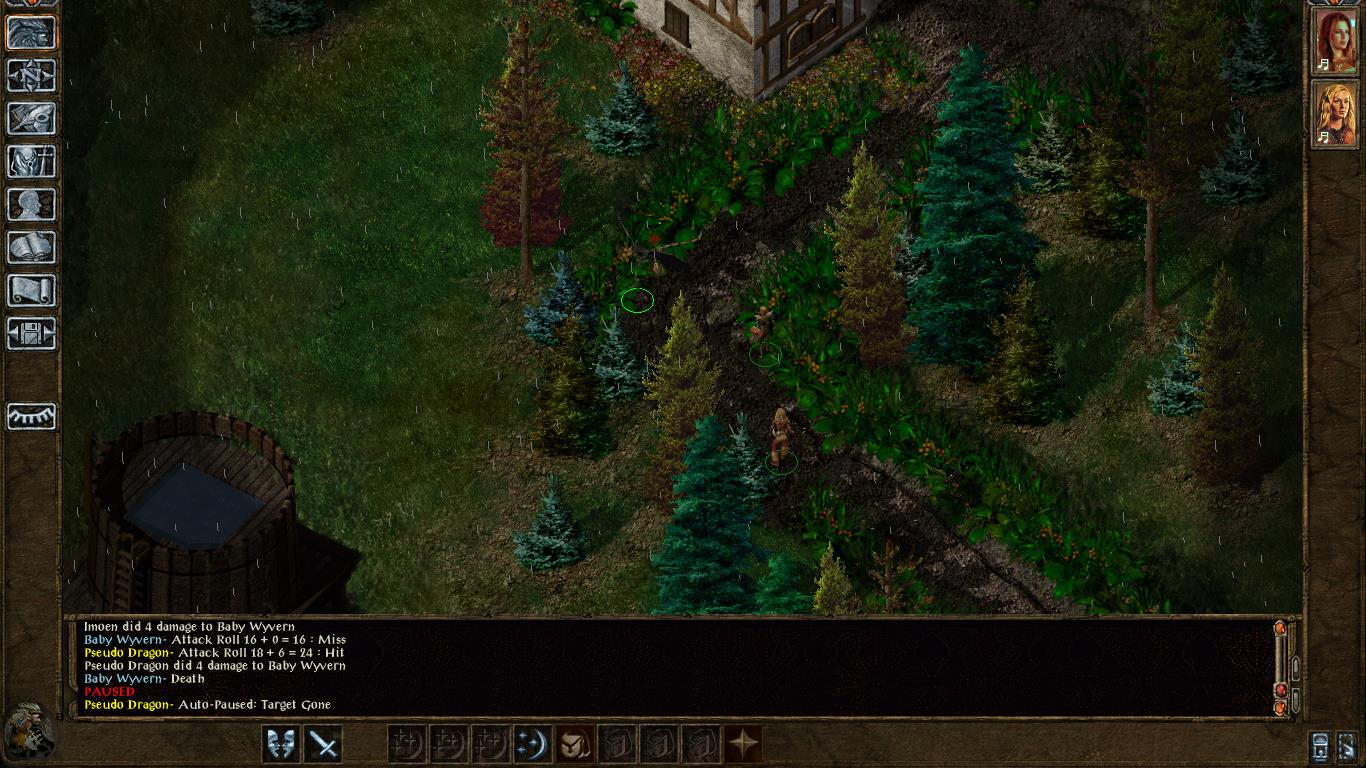 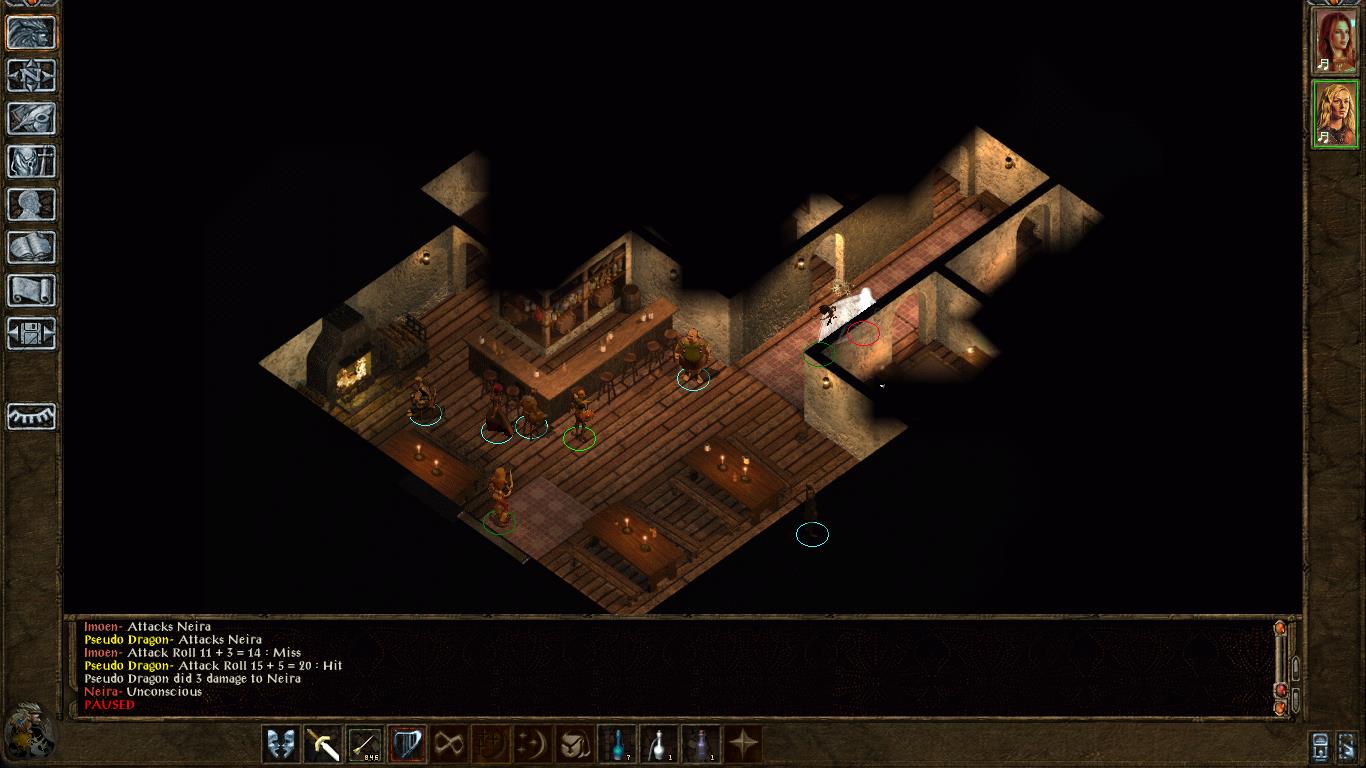 At the Friendly Arm Inn Fluister made Tarnesh pay for injuring Euphonia and Imoen, with his life. 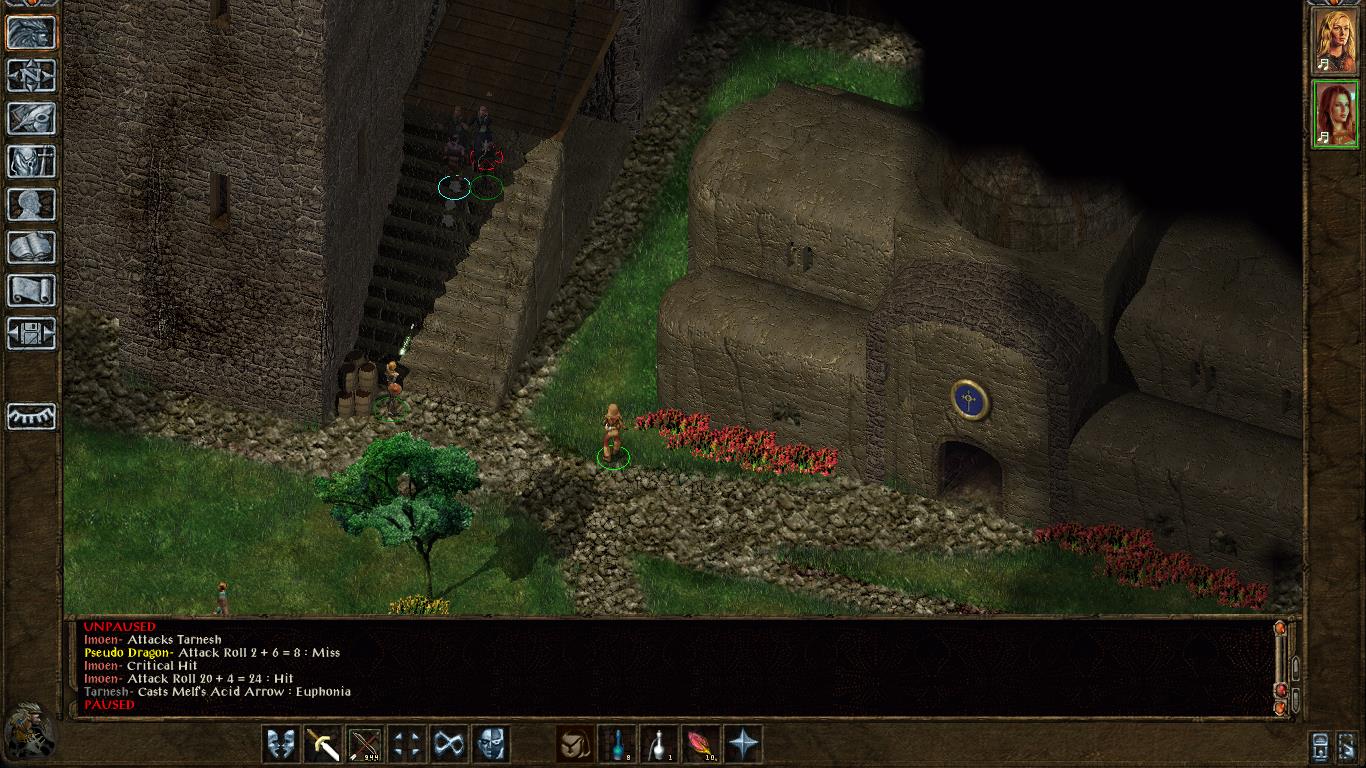 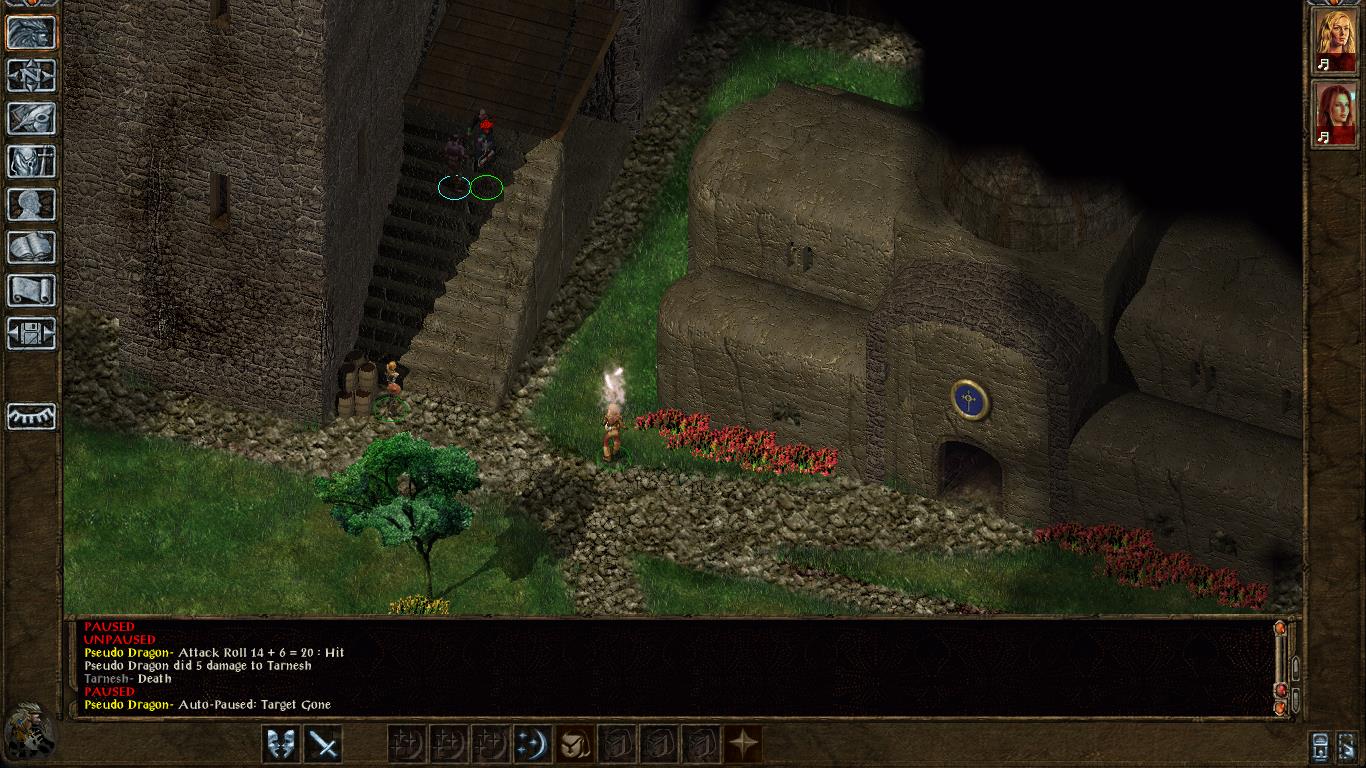 And near the High Hedge it knocked out various Gnolls for the girls. 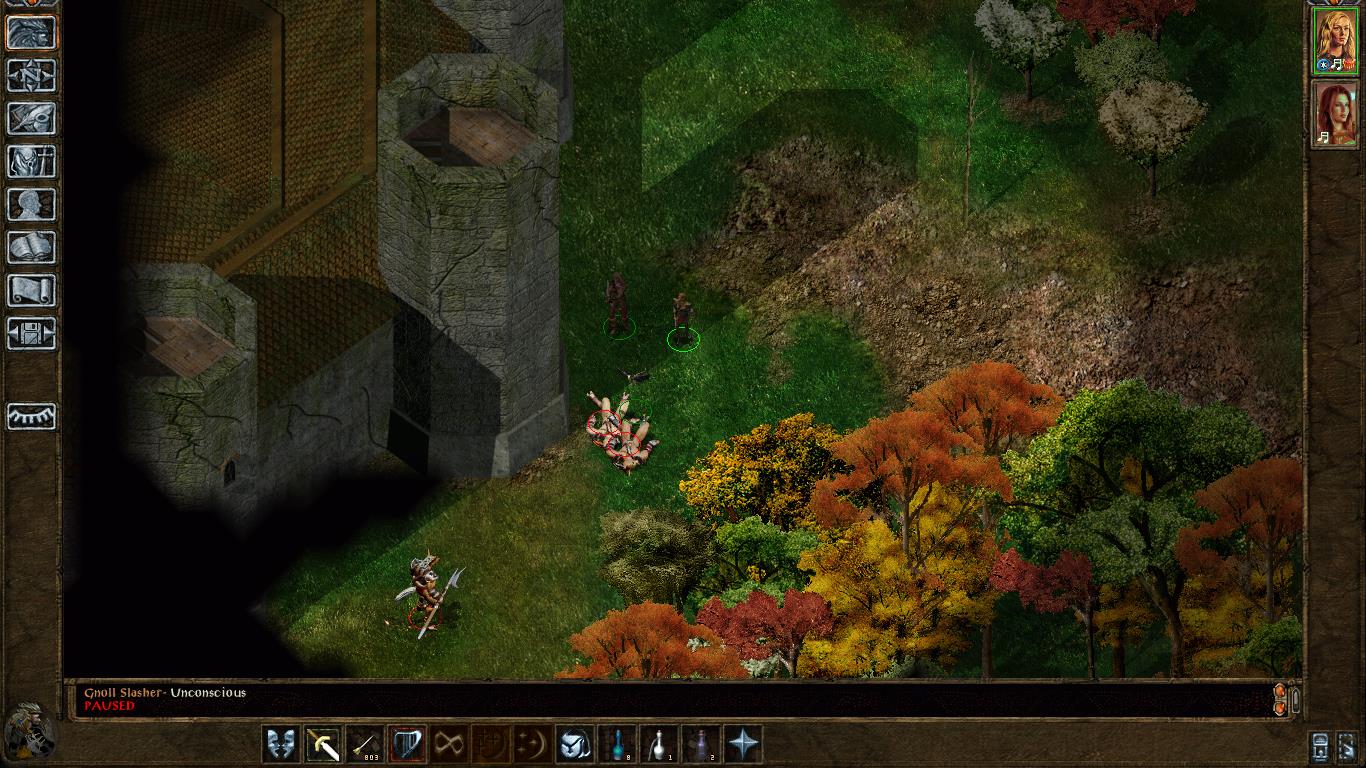 This is not to say that the girls didn't do any hard work themselves. They slew a rogue Ogre, four Huge Spiders, and two Ogrillons themselves. 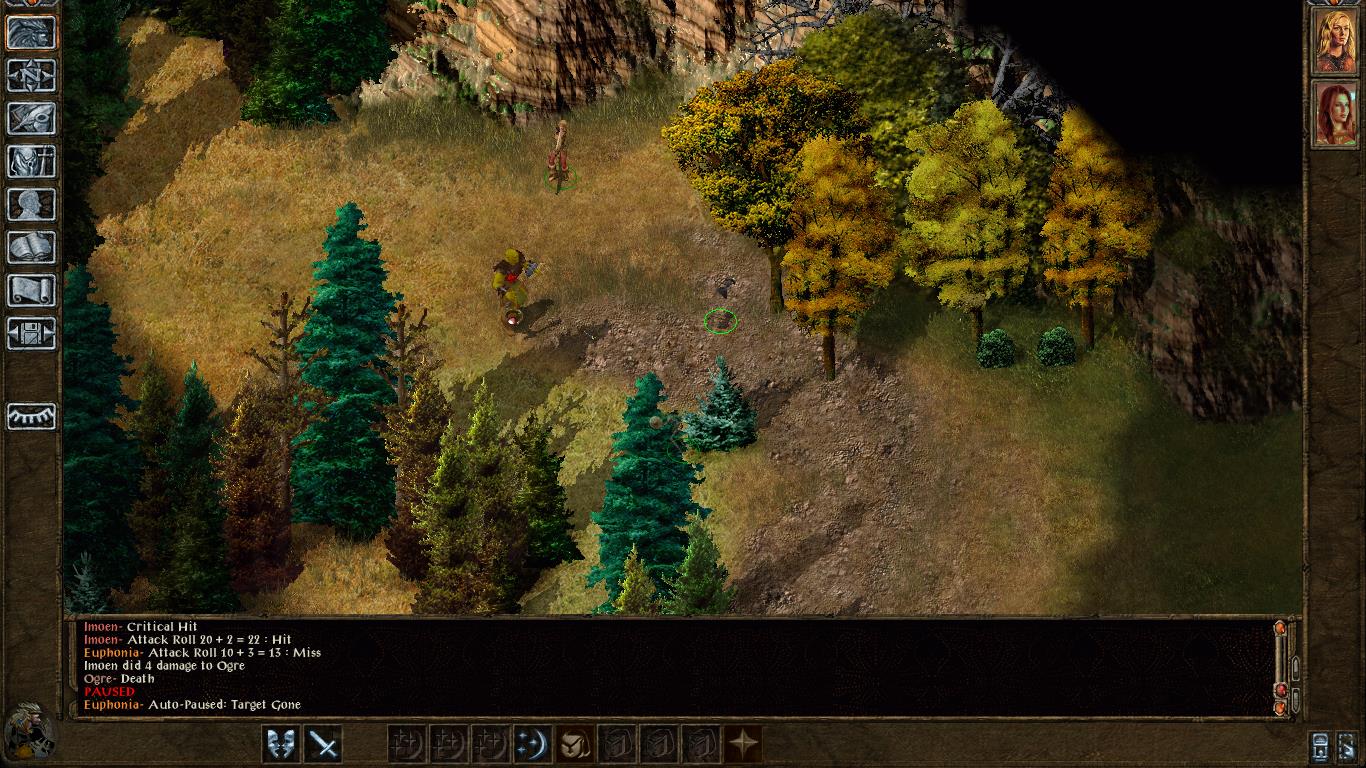 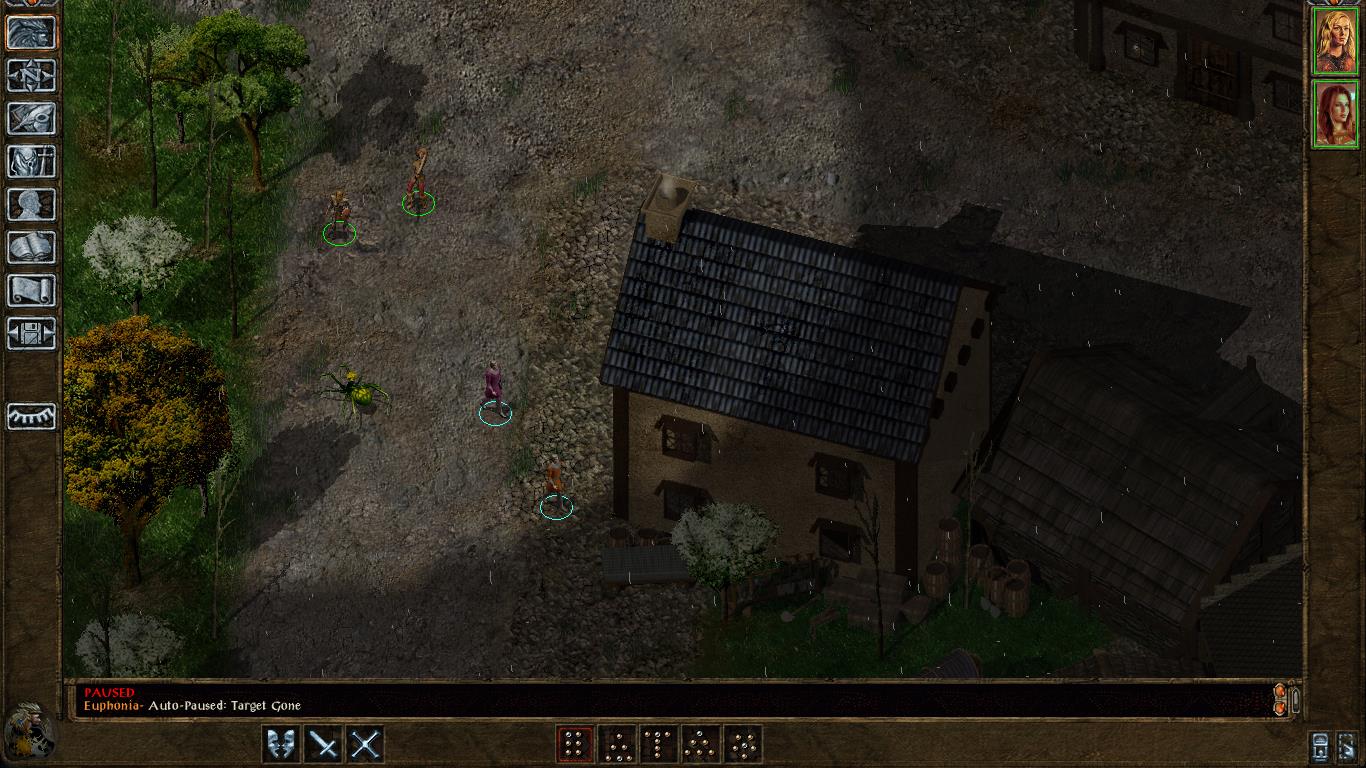 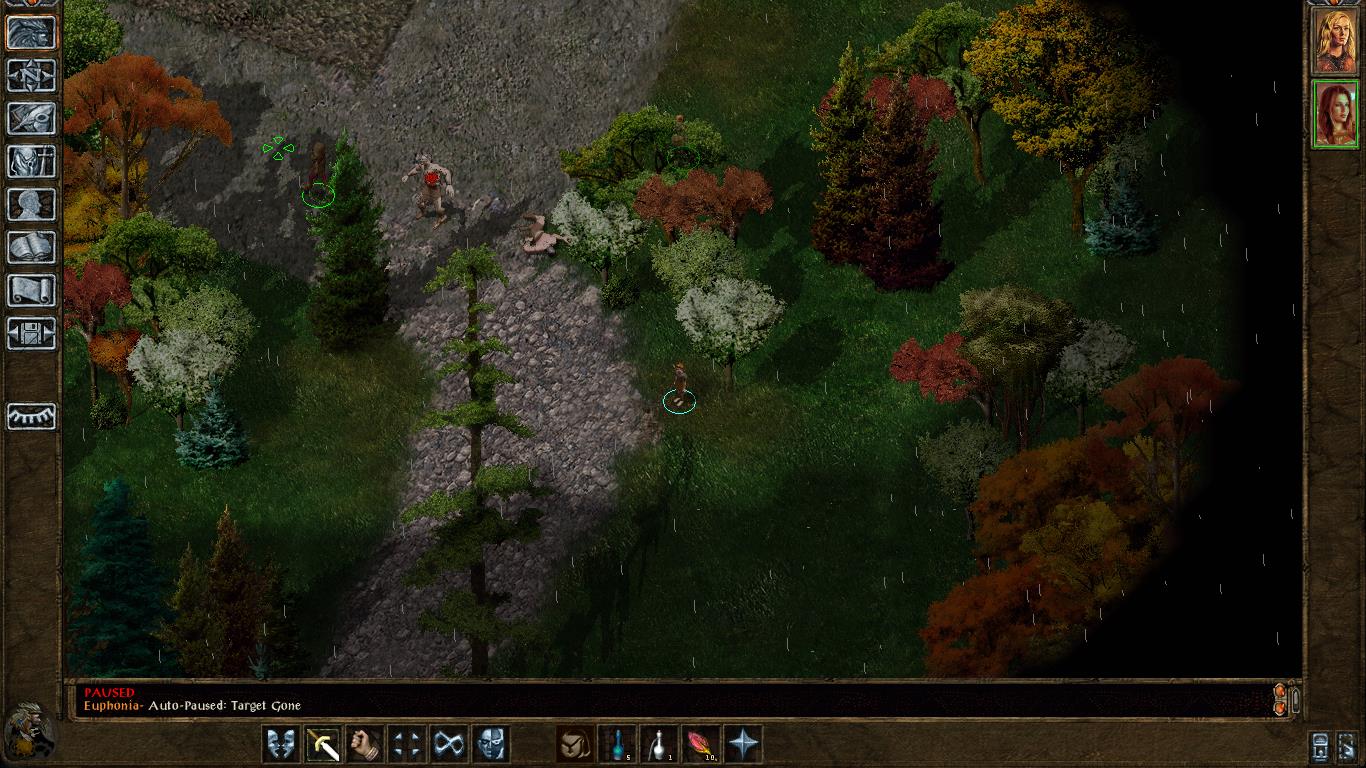 At the Nashkel Carnival, Euph and Imo pawned an enchanted Ring they'd found at the FAI. This transaction, artifiaclly high Charisma, and a heroic reputation allowed the girls to purchase the Fragment of Enlightenment Ioun Stone (+20 Lore) for the Bard and a suit of Caster's Chain (AC 5, allows spell casting), and the Deep Red Ioun Stone (+1 Dex) for the Thief. Both Short Sword wielding rogues are now level 4, and discussing Keldath's request to clear Mutamin's garden, before any other NPCs are to be recruited.
Post edited by Blackraven on March 2015