Genryu Member Posts: 372
May 2015 edited May 2015 in IWD:EE Bugs (v1.4.0)
I'm not sure whether this is a bug, or whether the mechanics of the Horror Spell changed somehow from Baldur's Gate to Icewind Dale? But the spell doesn't seem to be functioning properly.

If cast it on an enemy, and they fail their saving throw then their ring turns yellow and I get a message in the dialogue box that the creature is panicked, great so far!

They will then turn away, as if they are about to flee like normal, however after taking no more than one or two steps, they turn right back around and continue to pursue and engage me in combat again. They are still panicked but they just wont flee! 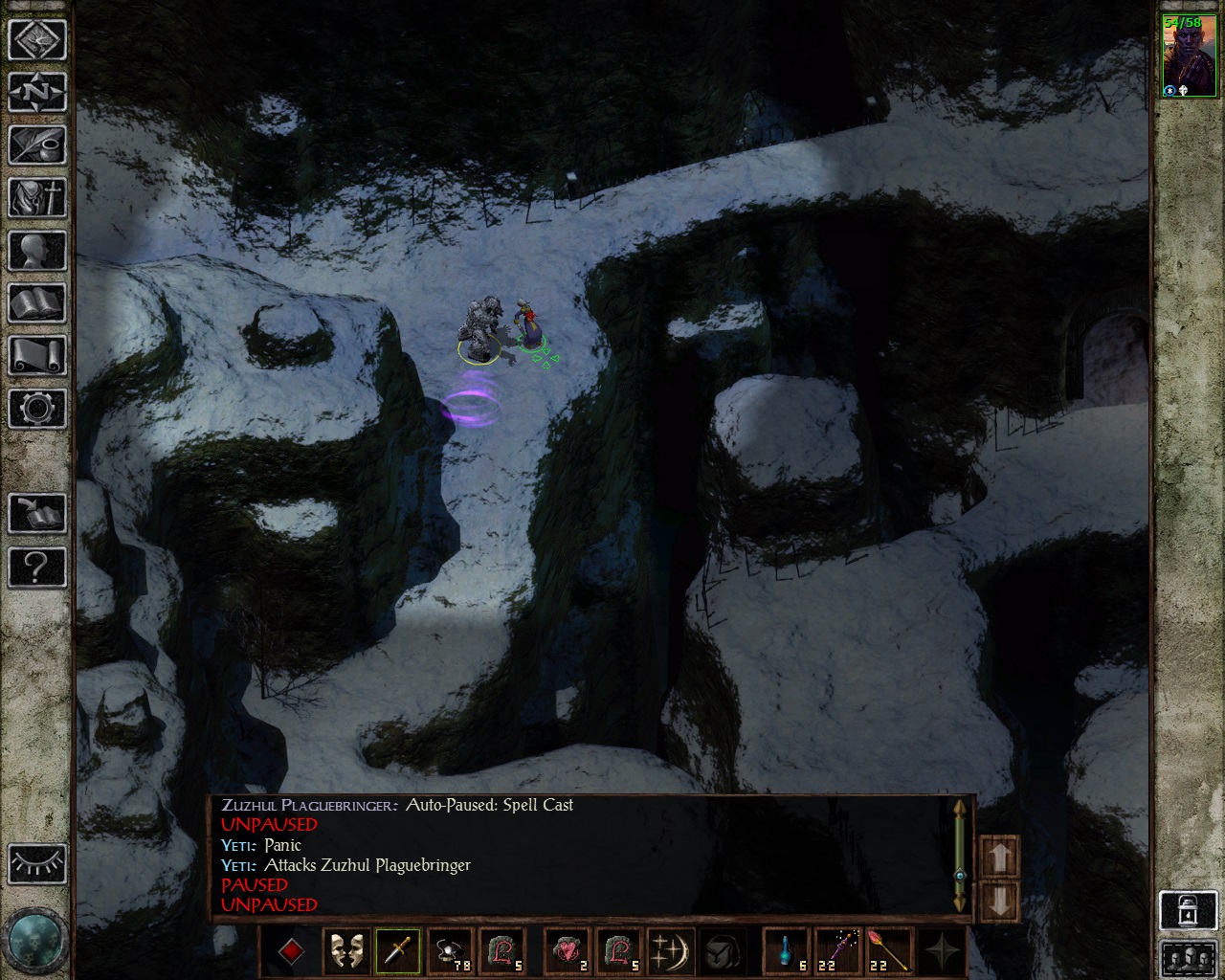 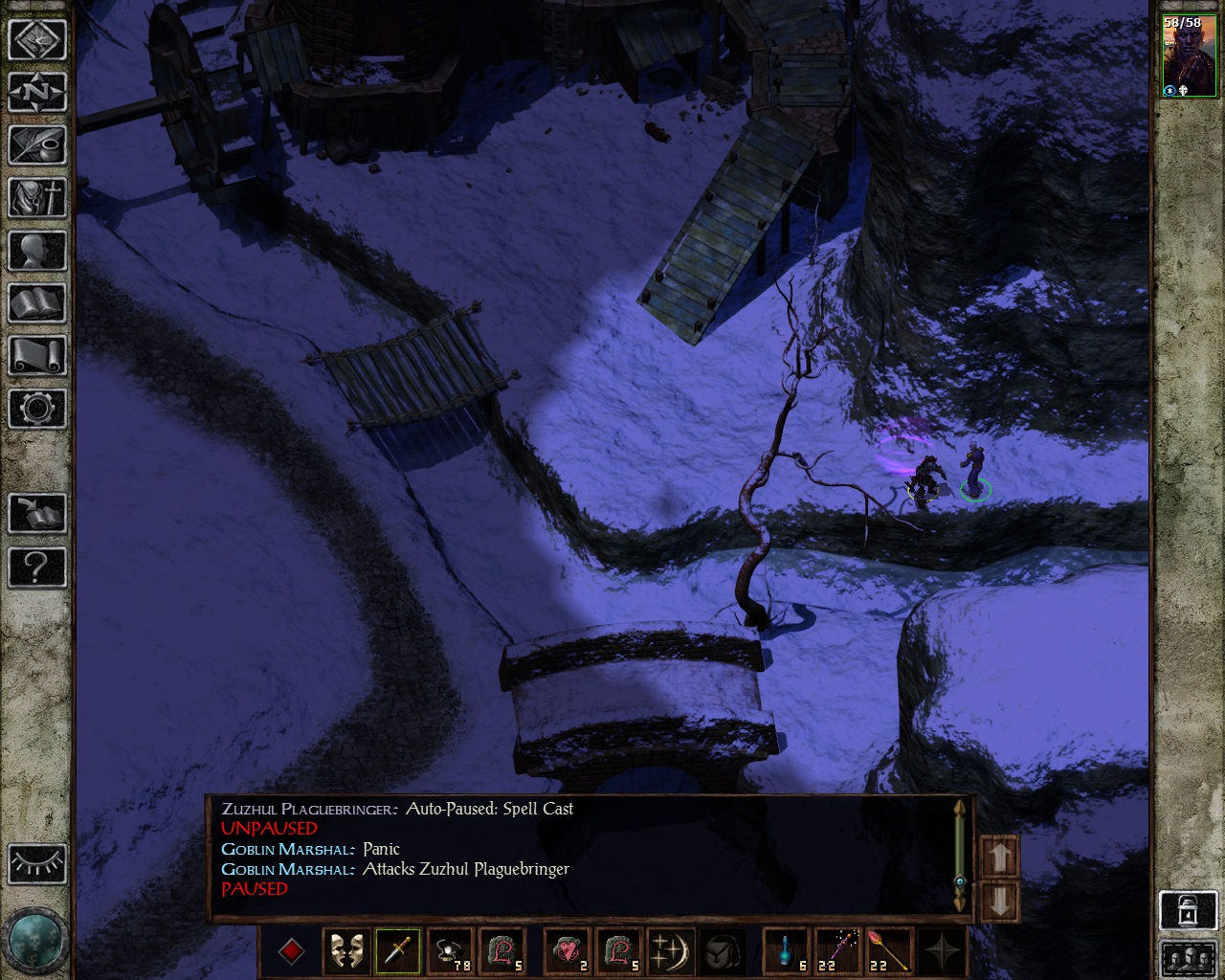 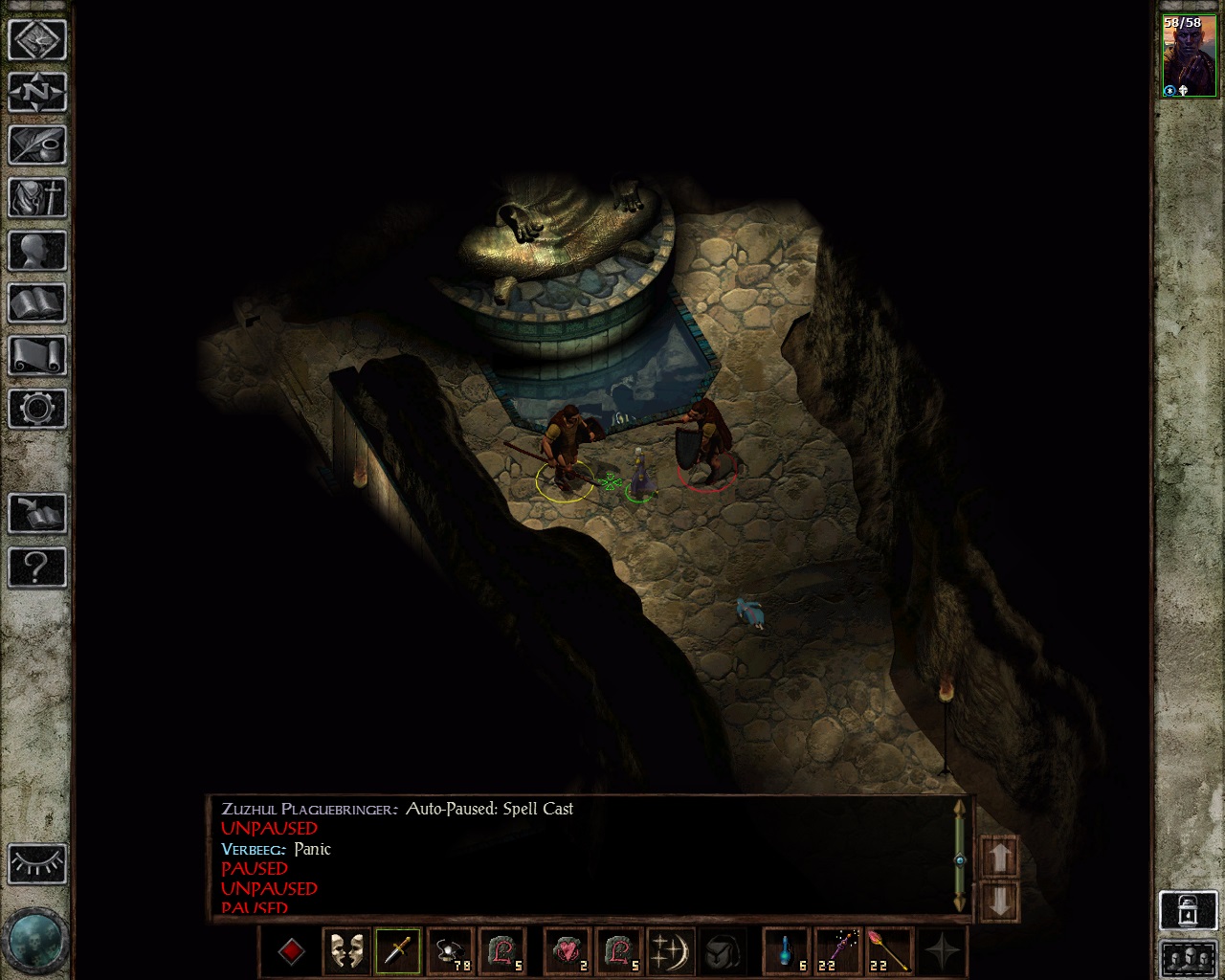 Am I missing something? Throughout the prologue the spell worked fine (The orc caves, and the standard goblins in the Kuldahar Pass), but since then I've not encountered a single enemy that can be affected. These have included all Orcs since the Easthaven cave, Goblin Marshall's, humans, Verbeeg and Yeti. Obviously I have not included undead as they are legitimately immune.

I'm currently playing a solo challenge (Necromancer restricted to only necromancy spells) through the entirety of the Baldurs Gate series and IWD, so I've come to rely on the spell quite heavily, and have tested it quite extensively.

The only explanation I can think off is that the mechanics of the spell have somehow changed since Baldurs Gate, and it now only affects creatures up to a certain experience level, which would explain why it functions fine against the early prologue creatures.
0 · Share on Google+ Share on TwitterShare on Facebook