Couple of things I'm not sure I should report.

SpaceInvader Member Posts: 2,125
April 2016 edited April 2016 in The Road to v2.0
Well, it's pretty hard to find out what has been already reported and what not. If not, I'll report them properly.

I couldn't find anything about these 2 bugs (one is very annoying, the other is definitely not game-breaking):


Limited view of the dialogue options. 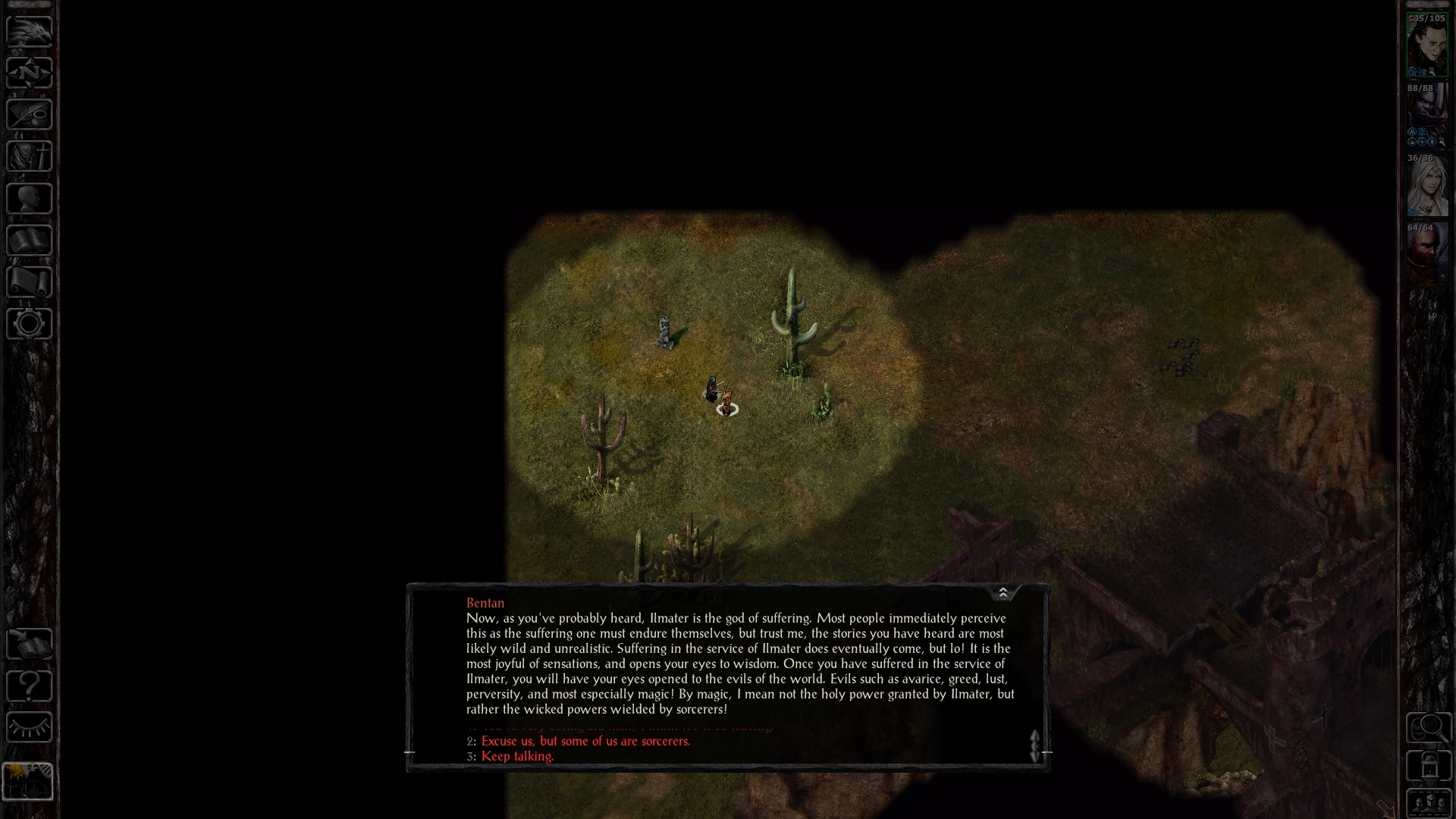 Slightly wrong positioning of the string "Firewine Bridge" when clicking on the sign. 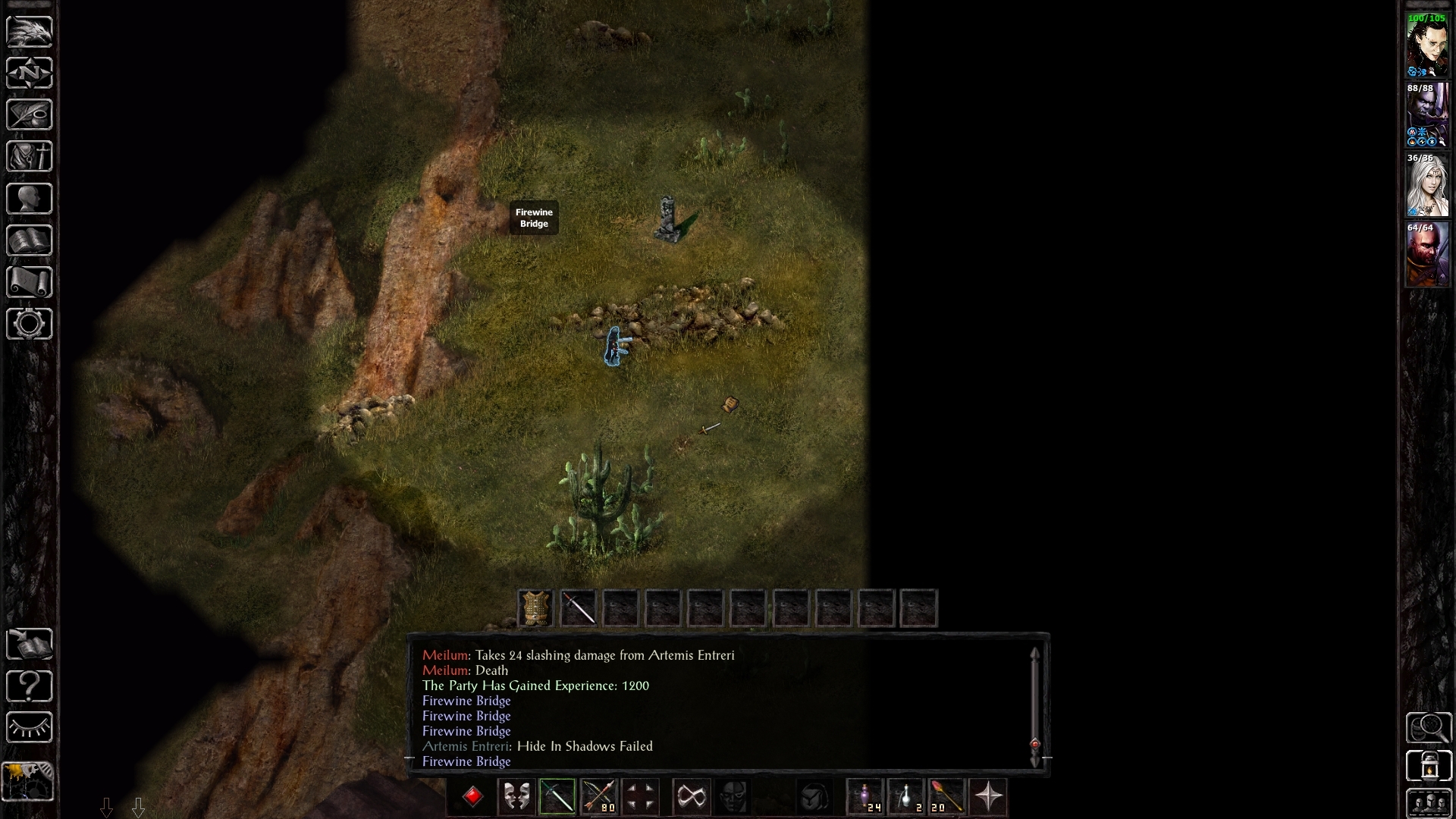