gunman Member Posts: 210
October 2016 edited October 2016 in BG:EE Mods
This mod is intended for those playing a minimal/no reloads game (therefor using Raise Dead services of temples instead of reloading when a NPC dies) and has three components that can be installed independently.

When a NPC dies, he (or she) drops a body in the place he is killed. In order to be raised at a temple, the NPC's body must be carried in the party inventory and upon casting the spell, the body will disappear from inventory and the NPC will be brought back to life.

Do not attempt to raise dead a NPC without his body, this will result in his permanent death ! Also leaving an area without the body will cause the body to disappear after a time, resulting in the impossibility to bring the character back to life.

Each of the 28 joinable NPC's has his unique body with a weight based on race, gender and strength. 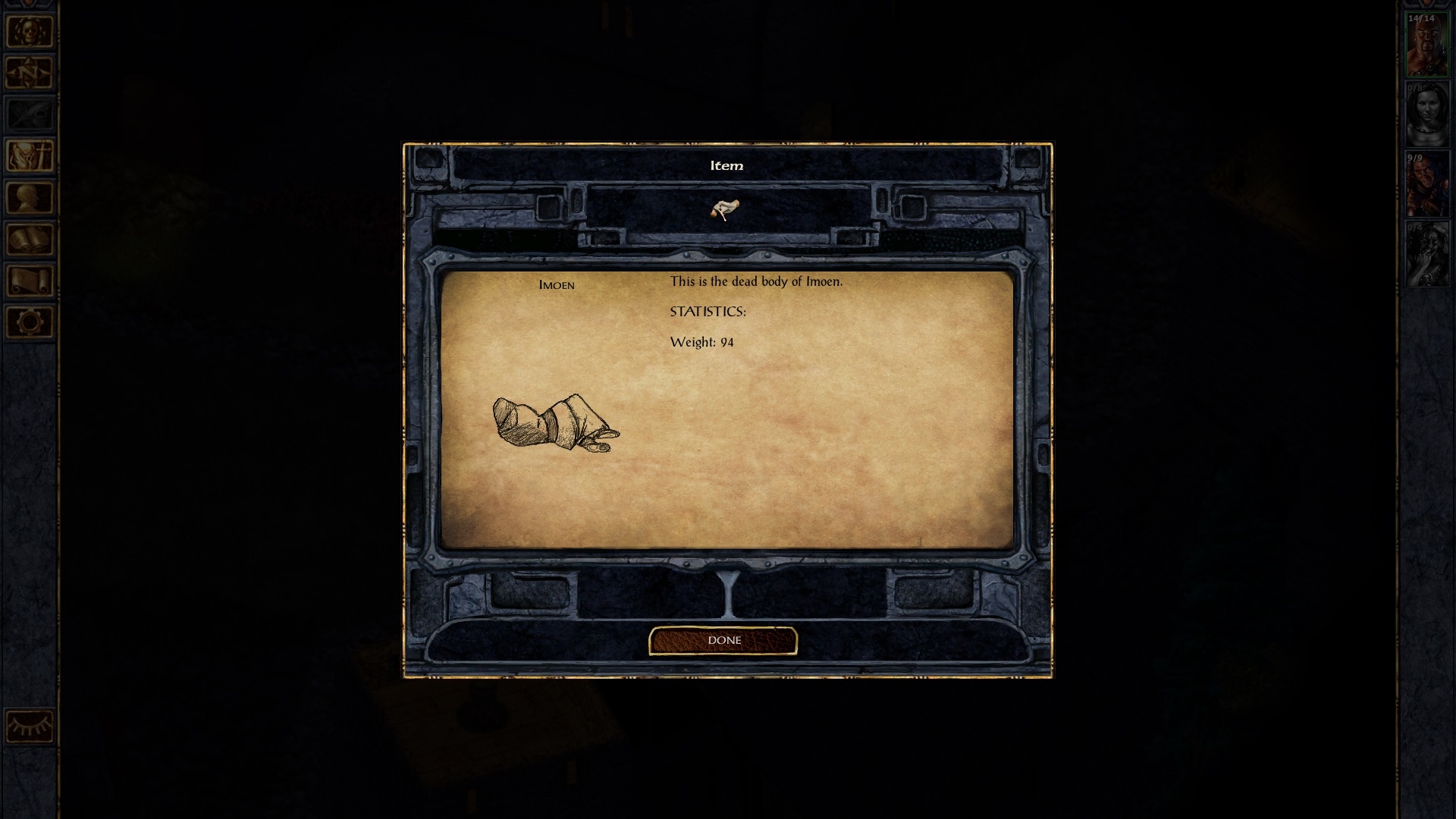 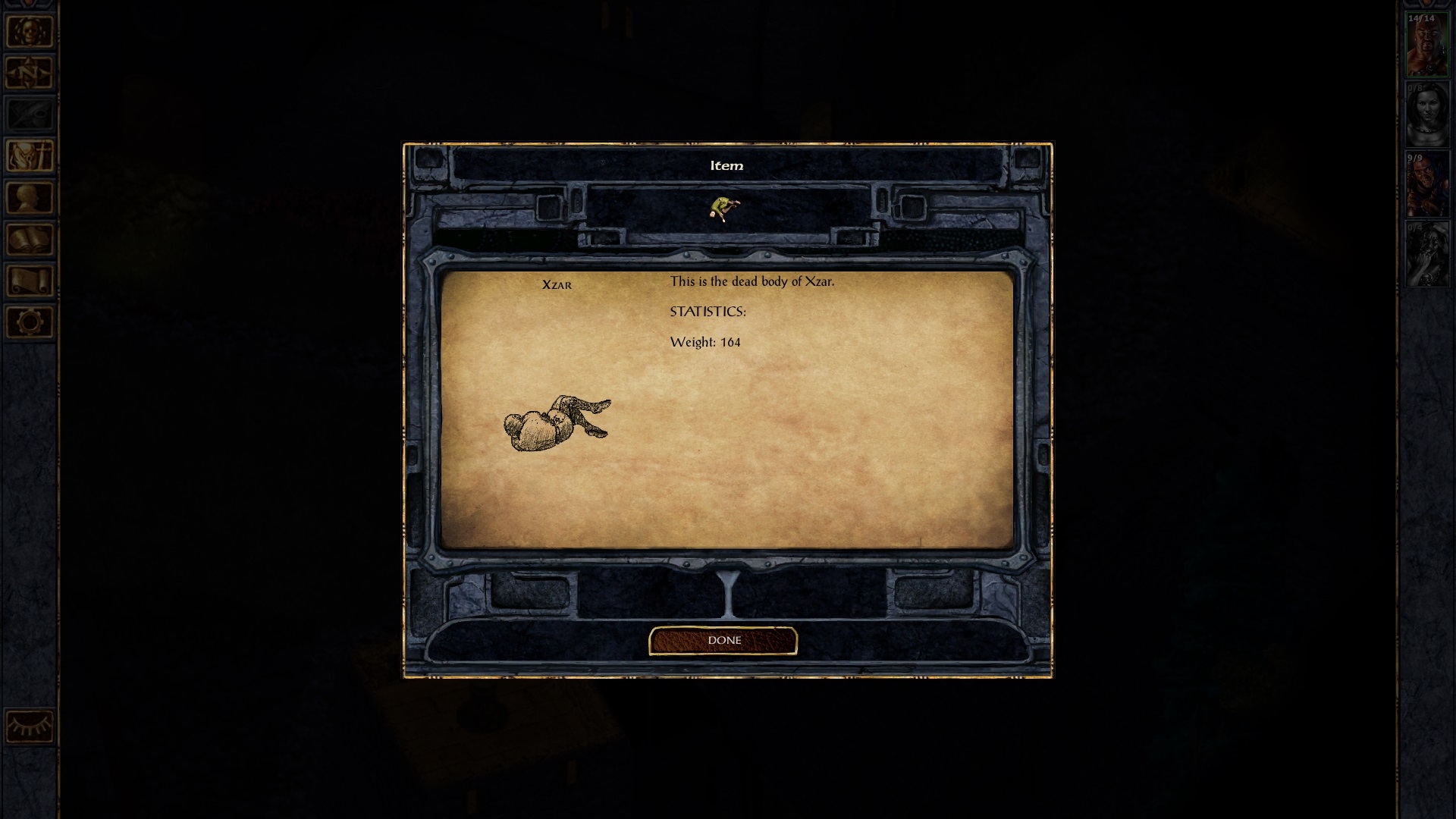 It makes little sense for the dynamic progression with level of the Raise Dead cost in temples. At lowest levels Raise Dead cost less than Slow Poison, or Cure Critical Wounds or Heal, while at the higher levels it becomes absurd, when the player usually has the means to cast the spell himself or by someone in the party and doesn't need this service anyway. So the price of Raise Dead has been set at the fixed price of 500gp


Warning, this is mod is not fully tested, and it is marked as BETA