How to report bugs you find in PST:EE

If the issue is related to graphics or text, take a screenshot. On Windows and Mac, pressing PrntScrn during play will generate a screenshot in your Documents\Planescape Torment – Enhanced Edition\ScrnShots folder; you don’t need any external programs to make it work.

There are separate projects in Redmine for each game. For PST:EE, use http://support.baldursgate.com/projects/pst-ee-public-bugs.

In the Subject: box, A title that includes your platform in brackets and clearly states what is wrong.
Try to formulate the subject as a "should" or "should not" statement.

Example: [Windows] There should be no audio distortions while the movies play. 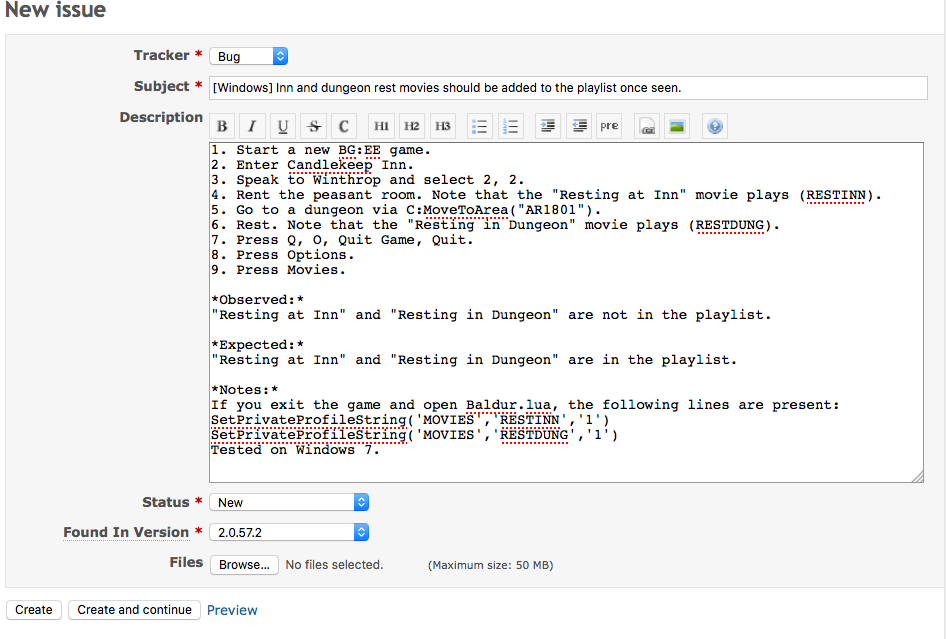 P.S. So we now have a Public Tracker and are shutting down the old beta tracker. Any issues you file from this point forward should be submitted there. Thank you again!