grisbossk Member Posts: 21
April 2017 in Troubleshooting
I've never seen anything like this. No wall nearby, Khalid got triple hits from it. My party is around Level 6. Crazy Silke. What level is she? My bolt can't do that much damage. Let alone bounce like chain lightning on a steroid. The good thing is I don't have to deal with Garrick. So I got that going for me, which is nice. 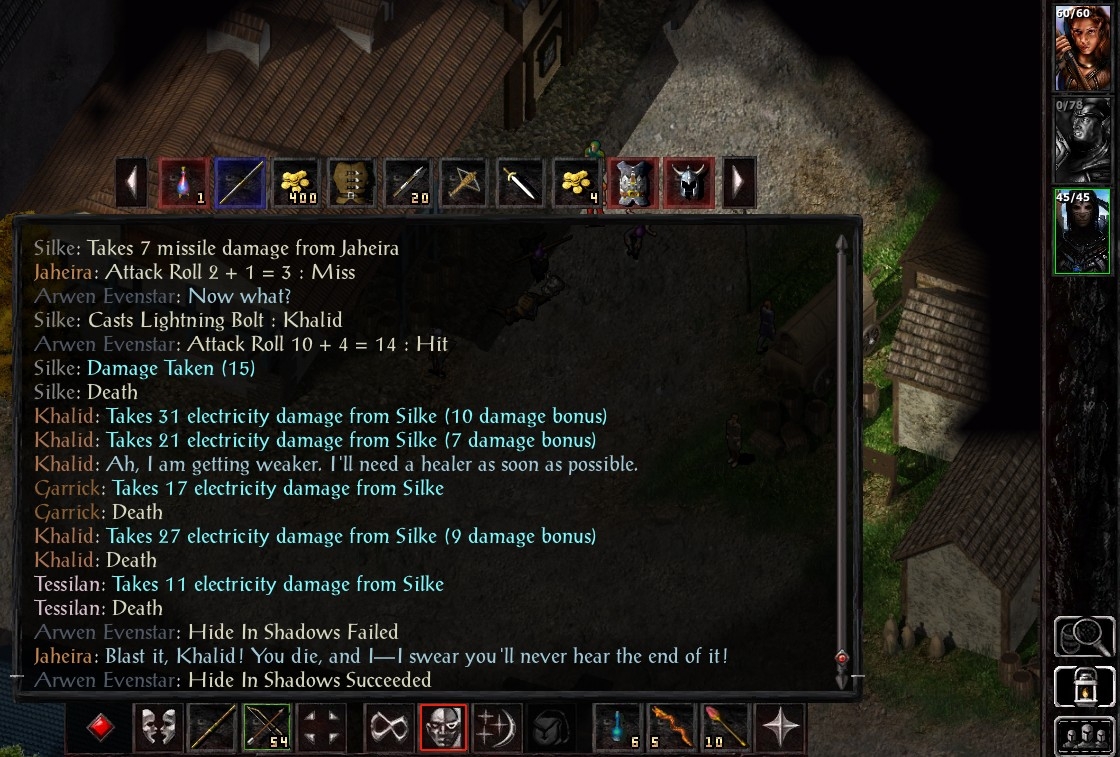