ok, so what's up with that Nietzsche quote at the beginning of the game?? [BG1 Spoilers] 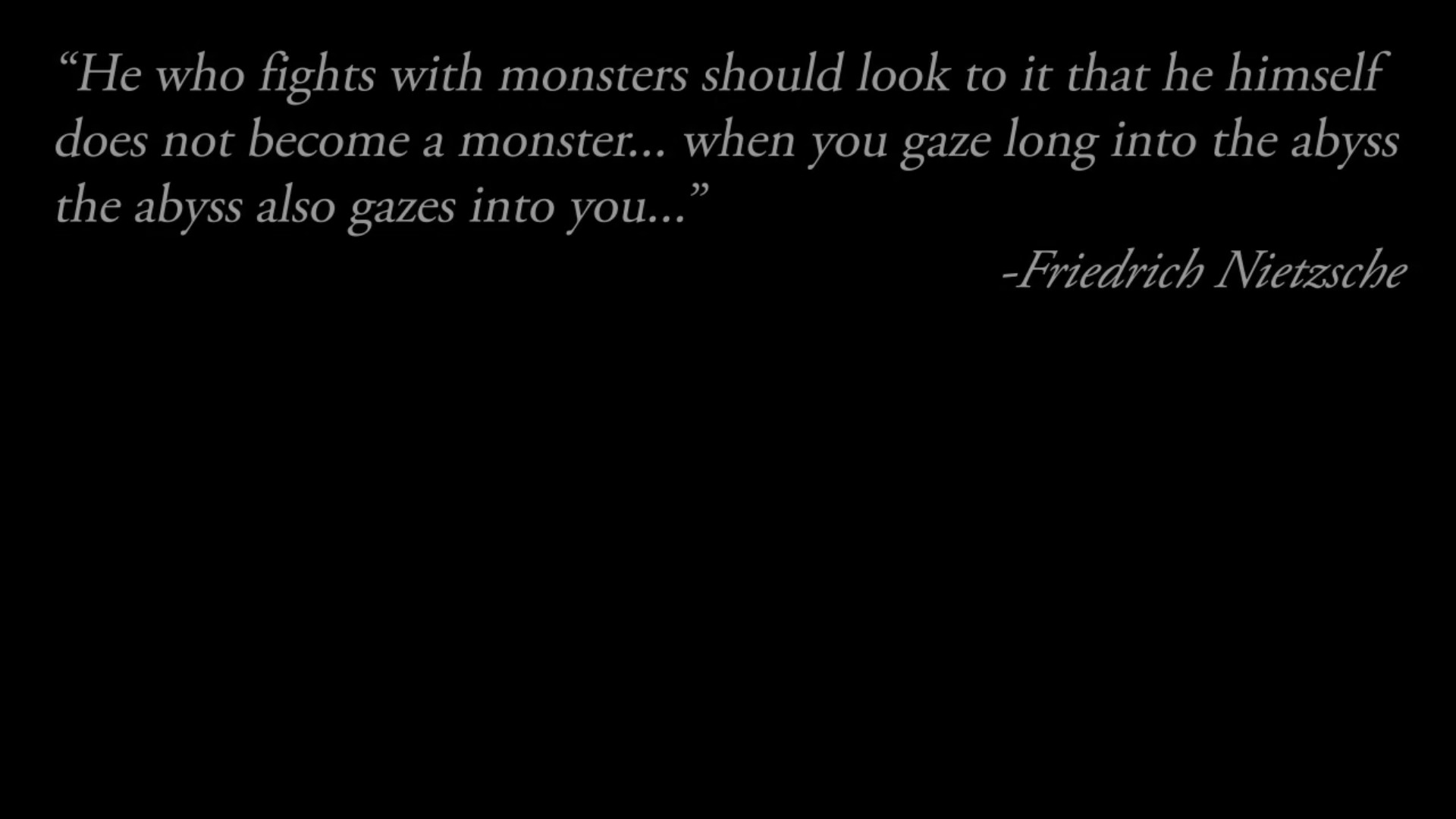 "He who fights with monsters should look to it that he himself does not become a monster... when you gaze long into the abyss the abyss also gazes into you..." - Friedrich Nietzsche


I've been playing Baldur's Gate pretty much since it was new and I never really questioned it before now. It's a pretty snappy quote, one for the ages, and it SEEMS to fit, but I'm unsure of where exactly it fits into Baldur's Gate 1 thematically and philosophically. I get the general point of fighting monsters could make you become a monster, but couldn't the same be said about any Dungeons & Dragons video game, or most video games? (I'm imagining Mario after saving Princess Toadstool realizing that by in stomping the Koopas he has become the Koopas.) Your whole fate/destiny/birthright is thrust onto you the moment you interact with Carbos and Shank, and even if you deliberately choose to ignore them, your fate/destiny/birthright still catches up to you when you witness the Murder of your foster father. There doesn't seem to be any choice involved in the matter since it pretty much is inescapable if you decide to play the game as intended. There's no other outcome but to fight the monsters and kill stuff and be the demi-avatar of the God of Murder if you move forward the main quest and go from Candlekeep to the Temple of Bhaal. Everybody's out to kill you. It's kill or be killed in this game. The abyss already gazed into you before you were born. Murder is literally in your blood. "No, John. You are the demons." In Baldur's Gate 2 it opens up a bit in terms of Choice & Consequence, but I'm unsure of how the developers intended to tie it together into Baldur's Gate 1. So, yeah, this is just me overthinking things. A lot. Existentialism is for the birds. OK, so what I really want to know is if anybody at Beamdog has any design documents or even anecdotes that explain why this quote was chosen by the original developers. I'm just looking for insight as to authorial intent for that decision, because I think in a broad sense it kinda fits, but in a specific sense to the plot and themes of the game it seems at odds to me, given how fatalistic the combat is in this game. I don't think there's anything at all you can do about not becoming a monster in Baldur's Gate 1. Baldur's Gate 2, maybe, ultimately..? But in BG1 there's nothing you can do to change the course of the main plot. So why was this quote chosen?

Maybe I'm wrong and it does fit? Feel free to disagree. Tell me what you think. It's just a little odd having played BG for so long that now I question it.
Post edited by Dorcus on June 2017
0 · Share on Google+ Share on TwitterShare on Facebook
«12»