Mush_Mush Member Posts: 476
September 2017 in Baldur's Gate: Enhanced Edition
So I just randomly decided to add Candlekeep Imoen with ctrl+Q just because I've never tried it before see if she has anything different only to discover she's actually a level 1 mage with completely different stats... 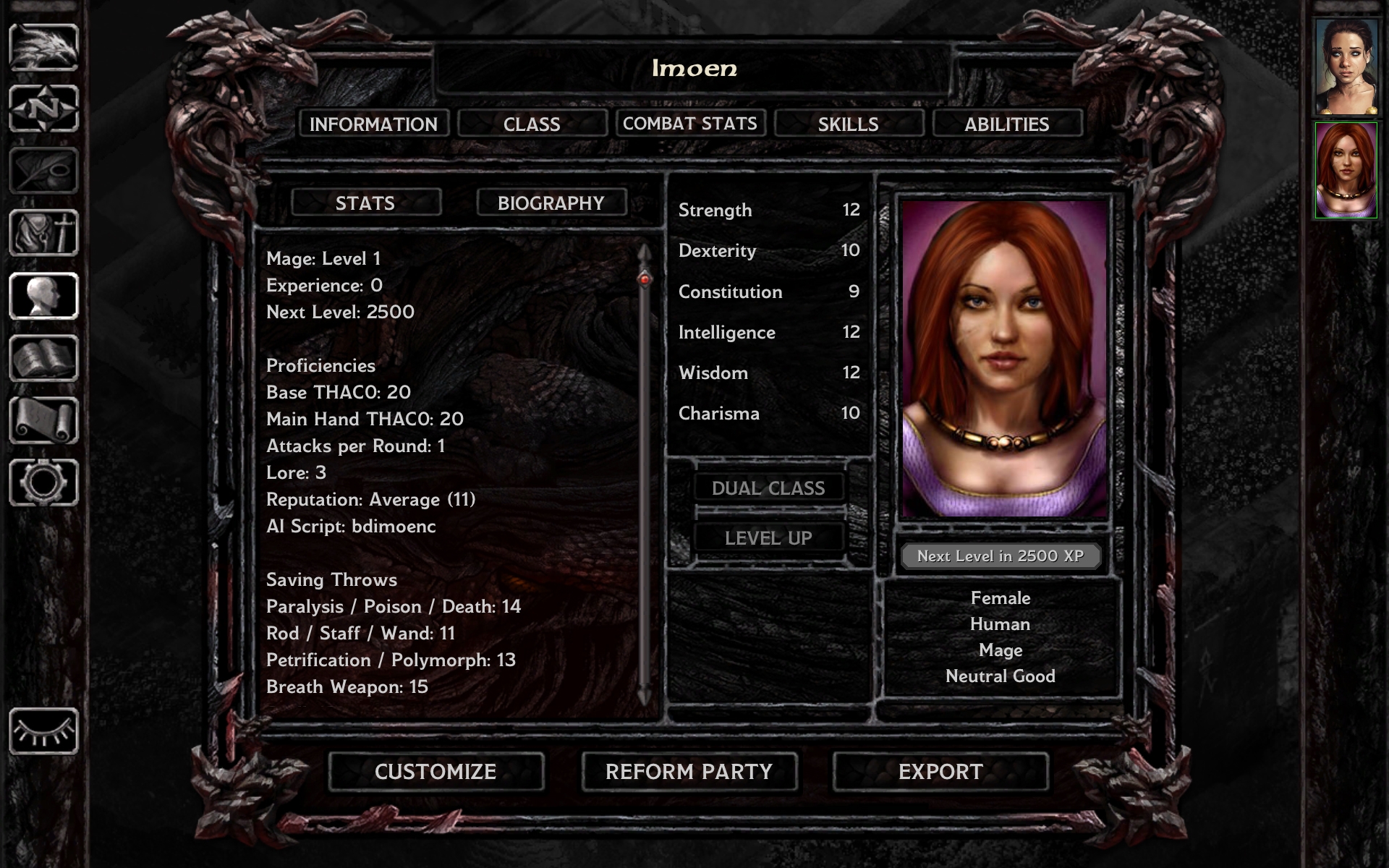