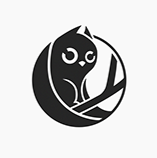 Fluent Member Posts: 64
January 2018 in Baldur's Gate: Enhanced Edition
Eeeee...What a crazy one that was. I'm playing with SCS, EET, Hard difficulty, etc., first time with mods and all that.. and I found Safana in the woods near the lighthouse. Cool, a treasure hunt sounded good, but I noticed the few areas (rocky coast + lighthouse area) where I thought the treasure could be were guarded by Sirines. Man, those things were tough for my level 3/4 party, and I knew I was in "higher level" area. Fought with the Sirines for about an hour, reload after reload. Man they are tough buggers! I knew I was outta my league so I ended up (kinda foolishly) going back to High Hedge, buying the equivalent of a powerful bomb worth of explosive potions from Thalantyr, and somehow getting through the 3 Sirine encounter (even that was almost not enough!)

Ok, cool! Where's the treasure? Oh no, an encounter with Sil, the Queen of Sirines! She sends me back to the Old Man, whew, no fight. Old man though, the fight ensues, and at this point I'm at my time limit with Safana, so I can't rest to replenish my spells. I'm half-dead, out of good spells and have to fight that encounter which was nearly as bad as the Sirines (well, not really, but it was still rough!) Especially if I didn't want to haul character's stuff back to town.

Cool, quest over, gimme da loot! Sil says I can go into the cave and take what I want but...BEWARE THE GUARDIANS.. !?! Oh no, not guardians. So now I'm in the cave nearly depleted of everything and have to fight freaking Flesh Golems. Somehow scrounge up a couple somewhat lucky victories and loot the place, holy Helm, amazing loot to be found! Definitely worth the effort (time, and frustration, too.)

Just happy to have made it outta there in one piece. Really didn't want to lose Safana. Gotta be careful about entering and starting quests in higher level areas, I think.