Petition: Android UI for all platforms !!!! 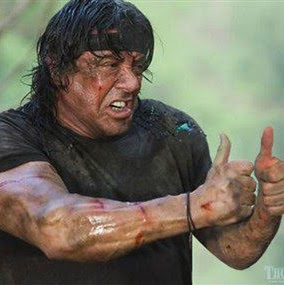 mojoswager1980 Member Posts: 9
April 2019 in General Discussions NWN:EE
To my Fellow Gamers,
I write to you today as a fellow player and as a person whom has loved and adored this title since 2003 . I am the owner of the Steam Digital Deluxe Bundle and the Amazing android port and i write this in hopes that at least some of you feel as I do . I wish to address a grievous flaw in fairness in crossplatform play that many of you may be unaware of, i was until i purchased the Android port. The UI in the Android version is hands down so much better than the pc and linux versions that I feel it has to be addressed and that the most effective way to do this would be in the form of a petition. A petition with one name attached to it is about as likely to achieve its goal as an all out rant and negative rating on the various stores this is sold in however, so im asking the community to side with me. The moment i started playing the android version of the game, I was truly impressed. I was much more effective in pvp, i thought wow im good ! But as time went on, I started to think I was unstoppable, but after a 3 hour game with 2 friends both of whom were on there laptops i realized how much more optimized the android UI is for combat than pc and linux versions . Everything is so much more readily accessible on the Android version . The pc menus are all cramped in the top corner, androids are all in a nice neat row on the right of the screen. I could quickly swith between my hotbar using my mouse (I play on Dex usually) where as my friends had to use there key boards just to access to of there bars and forget about combining this with a quick function key press because that would require you release the mouse . My friends, to there credit endured me easily beating them in good humor, but i was not ! The realization of how much easier it is to play on Android made me feel horrible. If I had won here this easily then all my server opponents had most likely also been at what I can only describe as an unwinable disadvantage

. I like to win as much as anyone, but how can I count these so called "wins" of mine as victories when clearly at least some of those opponents had no hope against me ? It is to the point that i dont even play on pc now, i just use it for the Toolset. If finishing a session victoriously makes me feel as though I cheated somthing is terribly wrong. I have lost so much enjoyment in the game over this I almost uninstalled both and just threw in the towel . But then it occured to me how massive this community is and I realized that Beamdog might very well ignore me, They wont ignore me and oh say 99 other paying customers who all feel the same. So Im asking you guys please help me ! We need to convince Beamdog that the Android UI should, no, Needs to be added to all platforms ! The only way to truly make cross platform play fair is to have everybody using the same interface ! If you guys feel as I feel, or otherwise, please let me know . If enough of us feel this way, we will formally petition for it. Politely of course ! Thanks to anyone who took the time to hear me out on this wether you feel the same as i do or completely the opposite, your opinions valid too ! If anyone has a reason that the other platform ui's should not be changed, please state it . Heres hoping for the best !