Silvaren Member Posts: 174
June 2019 edited June 2019 in Icewind Dale: Enhanced Edition
It's hard to see AoE from Stinking Cloud spell on certain type of floor. Even fire explosion blend with the color of the floor in some areas at Dragon's Eye. Some spell effects seam visually "dim", similar to avatars affected by invisibility.

Is it possible to bring back old SFX animations?

Stinking Cloud animation at the screen below: 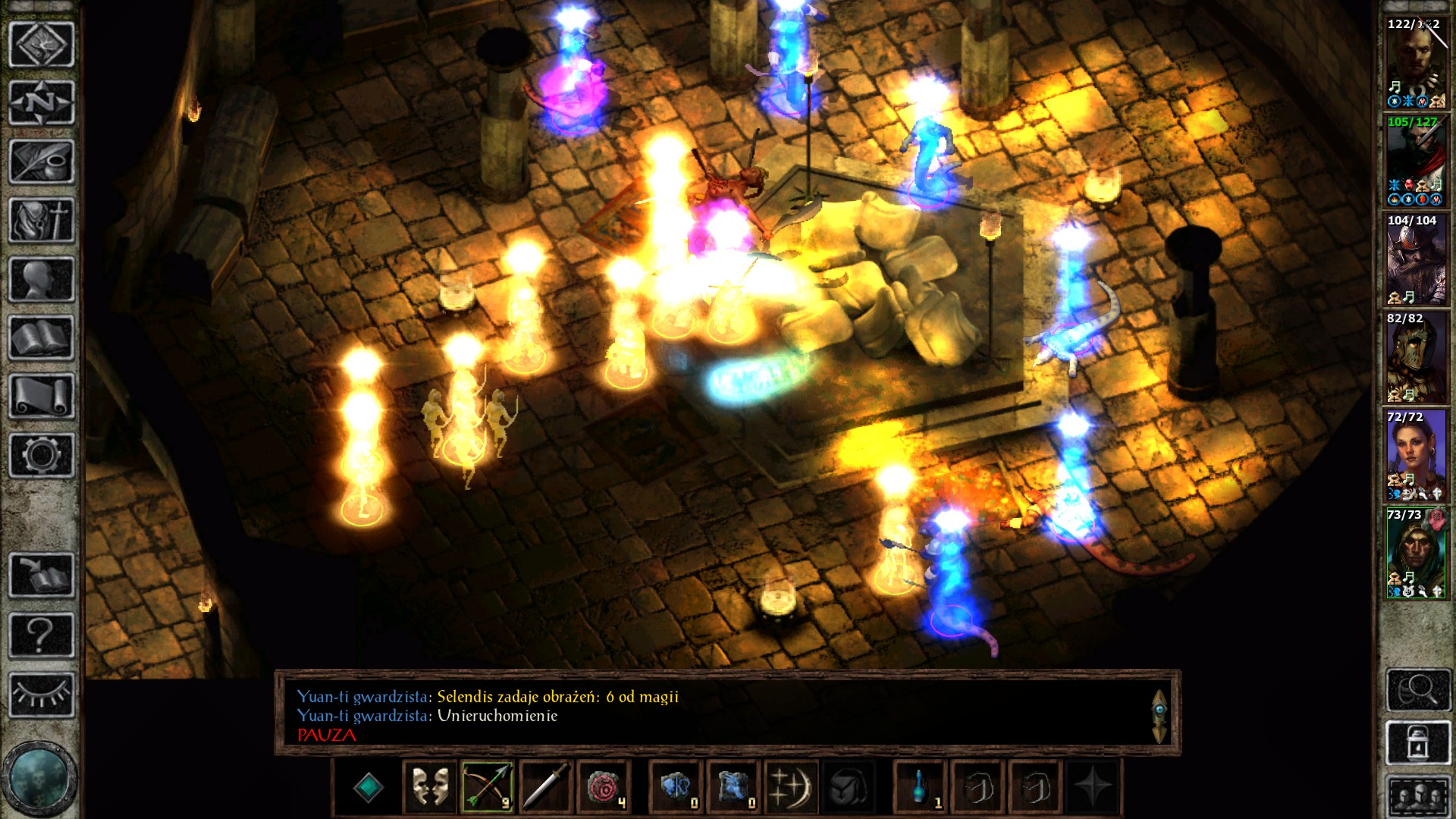 I know that it looked different as in original Icewind Dale, like on the next screen: Is it possible to bring back old animations? I tried every graphical options and nothing helped.