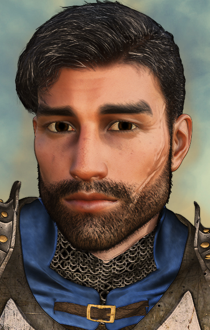 Brage's Redemption is a Quest Mod for BG1 and an NPC Mod for the whole Baldur's Gate Epic. It is natively compatible with BG:EE, SoD, BGII, BGT, BGII:EE, EET. No Tutu.

Brage is the captain of the Nashkel guard and went missing after killing his family.

The mod makes Brage a joinable NPC and introduces a quest extention to the Brage quest in the game (BG1). The quest extention to prove his innocence was originally published as the component "Brage's Sword" in the mod bgqe. To gain Brage as a joinable NPC, the PC needs to prove his innocence as well as give him back his real sword. After leaving the temple once after that, Brage can be visited inside the temple of Helm in Nashkel and will offer to join the PC.
The quest to make Brage a joinable NPC can be completed before clearing the Nashkel mines. See the spoiler section in the readme for information.

As a second, optional component, the mod's portrait and soundset can be assigned to the original game Brage, as well. This will not change his very first line if met while he is still under the influence of the curse.

This content gives the player the possibility to prove that Brage fell victim to an intrigue and save him from a death by the gallows - if the PC wants to. There is an evil quest option, which will bring Brage to the gallows (i.e. he will be gone from the game). In this case, he will not be available as a joinable NPC.
Brage has to be brought to Nashkel alive. The mod also adds the possibility to bring him to Oublek (i.e. the Nashkel authorities) instead of to the temple. This was unfinished original game content. (For this possibility, please note the install order as mentioned above).

Brage as a Joinable NPC

BG1:
After proving his innocence, bringing him his sword, and leaving the temple once - representing the time that passes so Brage can come to terms with what happened - Brage will ask to join the PC's group to both repay them and also to be part of bringing the culprits of the intrigue to justice. He doesn't have to be accepted right away but can also be recruited later.
The BG1 part contains a friendship path with 11 dialogues, dealing with Brage's guilt and the loss of his family. The friendship path is best suited for a caring, friendly PC. Brage banters with some of the BioWare NPCs. As of version Beta 1, the mod includes banters for Brage with the following NPCs: Ajantis, Eldoth, Garrick, Imoen, Minsc & Dynaheir, Montaron, Viconia, Xzar, Yeslick. There are dialogues with interjections of Edwin, Jaheira, and Khalid, also. Brage reacts to the main game events. He has a lot of interjections in Nashkel as he is well-known in the town. As of version Beta 1, there are no other interjections to game events. Brage has s small player initiated dialogue (PID) which will not be updated throughout BG1.
To experience all banters with Eldoth and Viconia, most cursed items should be identified and placed in the group's inventory.
After 2/3 of the friendship path, Brage will tell that he wants to visit his family's grave in Nashkel. The PC does not have to be with him while it happens, but more content will be witnessed if they do (otherwise, Brage will talk about it upon rejoining).

SoD:
As of version Beta 1, there is no SoD content yet. Brage will remain in the group and can be taken along until he is kicked out.

BGII:
As of version 1, there is no official BGII content yet. There exists some BGII content which is not translated to German:
Brage will be inside the temple of Helm in the Temple's District after the PC received the quest for the Unseeing Eye from one of the temples. The quest has to be accepted for Brage to spawn. After that, he can be taken into the group.
In ToB, Brage can be summoned via the Fate spirit if he is not in party upon the transition from SoA.
Brage has banters with Anomen and Nalia.

When first met, he will be a third level fighter with two pips in two-handed sword, two pips in crossbow, and one pip in two-handed fighting style. Brage will level up upon first joining when the PC's HP are higher than his. This will also happen in a continuous game upon rejoining after game-related times of separation at the beginning or SoD, SoA, and if summoned in ToB via the fate spirit.
Brage's alignment was changed to Lawful Neutral. (The original game cre had Chaotic Neutral which I think was meant to be due to the berserker rage he is in when met.)
His stats where taken from the original BG1 creature file:


For the English version, Brage uses the soundset "HoW_Male_2" from IWD:TotLM.
Brage's portrait and promotion artwork was generously created and provided by Acifer. 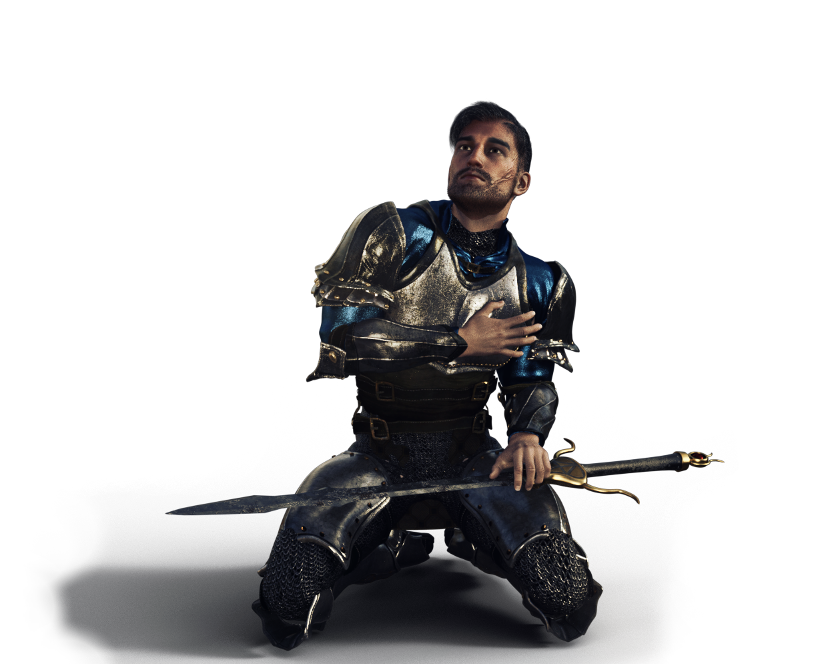