I found an Elvis Presly cameo in the Five Flagons Inn 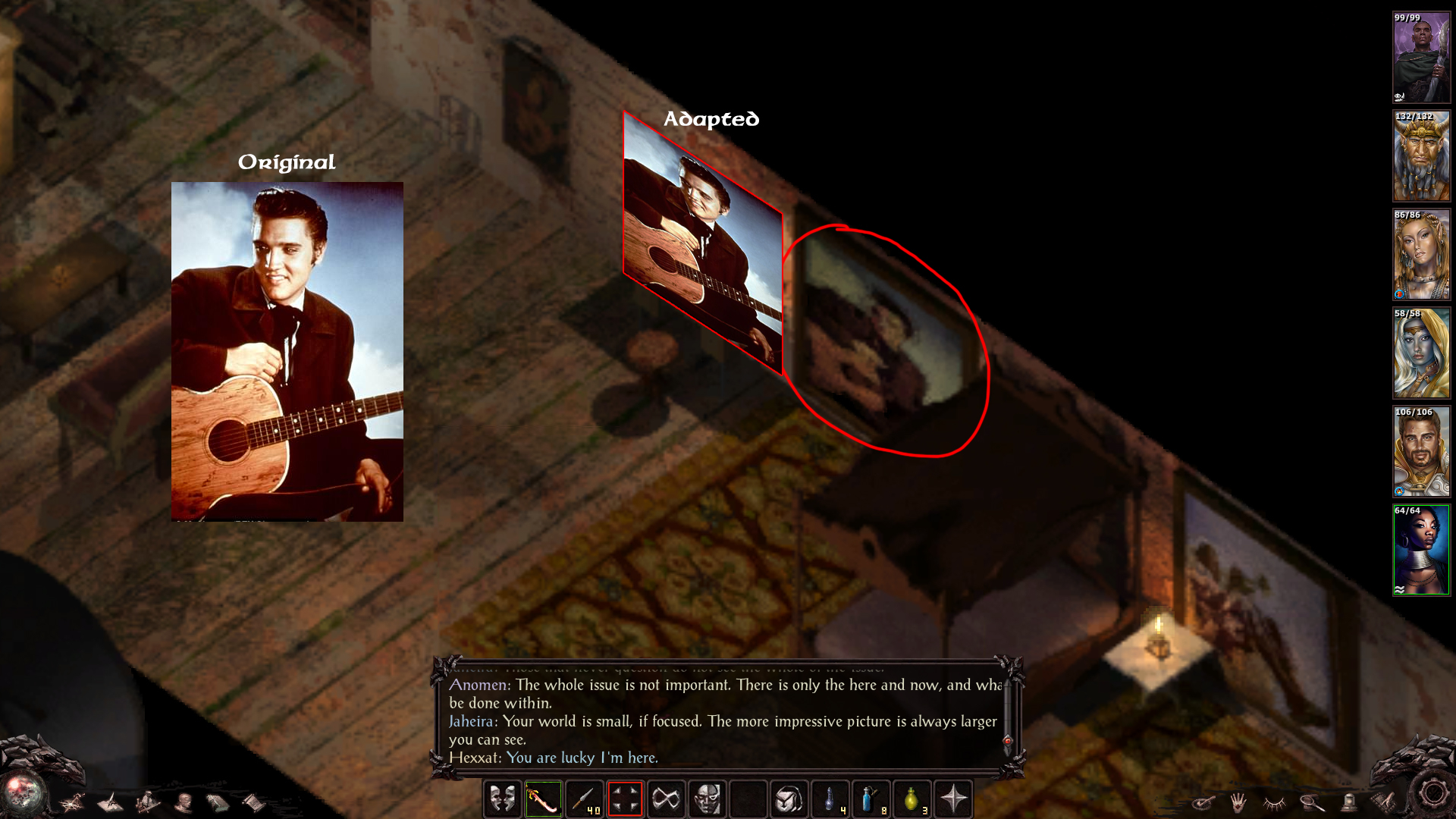 Has this been noted before? You can't tell me is not the same picture! xD

How I found it: I was at the inn looking at the scenery aimlessly paying attention to the decoration I never noticed before (because I'm always too focused on finishing quests) and when I saw that painting I simply thought... hmm... that looks like a modern guitar, not a "medieval one"... that hairdo reminds of someone -mind I'm not American and I don't know much about Elvis-

I googled: Elvis holding a guitar.

The D&D TV show cameo of Hank the Archer and Bobby the Barbarian inside Adventurer Mart is a well-known one by now, but this one is a first :v

Now I'm trying to figure out who's the other guy in the painting :P
Post edited by Vanhardisk on October 29