MWO Member Posts: 214
December 2020 in Baldur's Gate: Enhanced Edition
Hello,
This is a practical question. I've created a cleric / enchanter via EEKeeper. First I created a regular cleric/mage and then I changed "base class" to "enchanter".

Do I get the +2 bonus/penalty to saving throws when using enchantment spells? 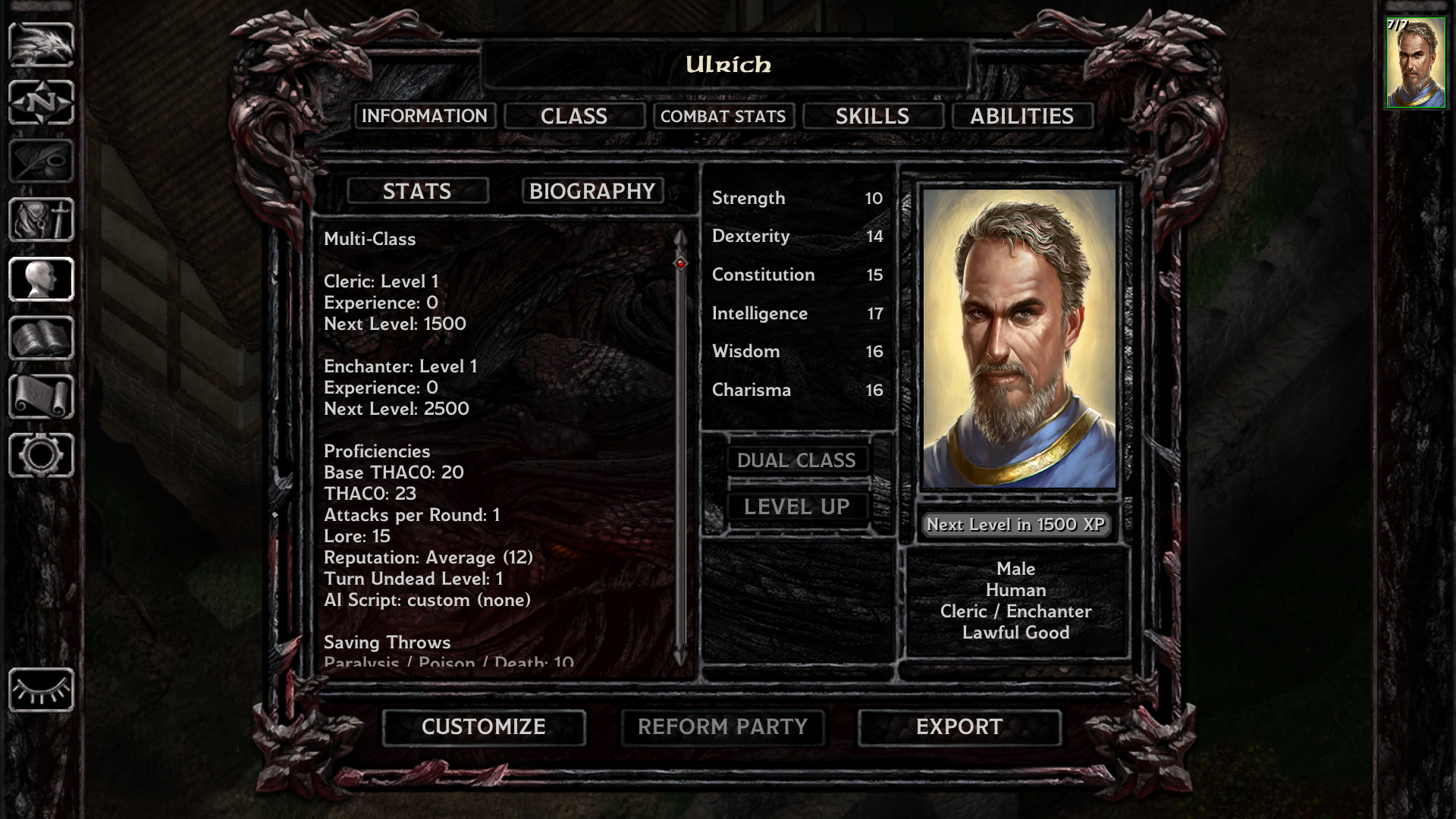