Viconia stats by the end of ToB 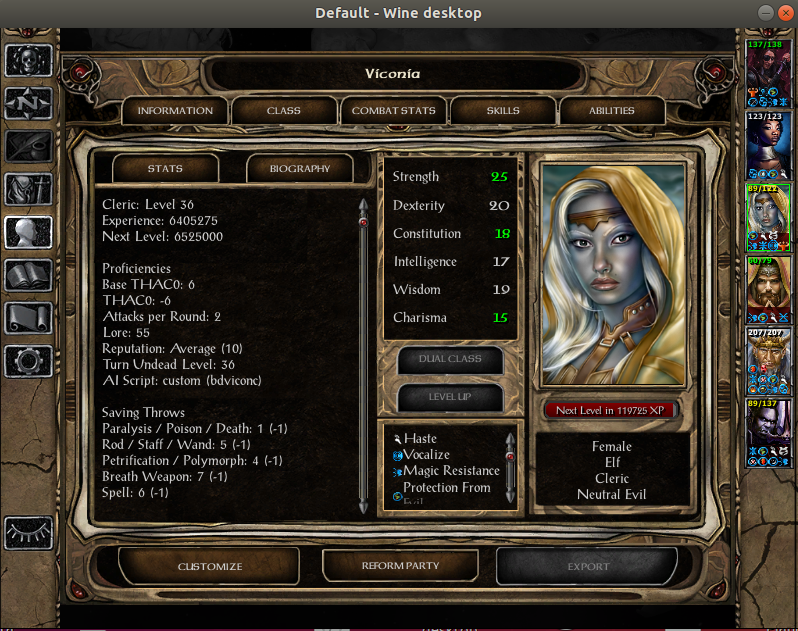