KorbenDallas Member Posts: 29
October 2020 in Baldur's Gate II: Enhanced Edition
I'm playing on a modded install, using the latest version of BG2EE and SCS; I am not using spell revisions mod. The Death Fog spell description says, "...Death Fog will also instantly kill all summoned creatures, regardless of their Hit Dice and immunities." And the wiki says it bypasses MR; and demons, planatars, and devas are gated/plane shifted so they wouldn't get unsummoned.

But why not Nishruu/Hakeashars? Is this SCS behavior, or a bug? Does the Death Spell unsummon them?

I tested Death Fog on the priest spells: Conjure Animals, Arial Servant, and Animate Undead (the large skeleton warriors) and they were all unsummoned with Death Fog. A Nishruu and Hakeashar were not. These creatures are extremely annoying, and I realize there are other ways of dealing with them like dropping charged items to the ground or casting Protection from Normal Weapons, but I'm unsure why they can't be unsummoned with Death Fog. (And maybe the Death Spell also?)

I attached a screenshot showing the test I did with my install, this is The Crooked Crane litch encounter, with SCS on hardcore difficulty. The litch summoned two Hakeashars, a Sword Spider, and I summoned one Nishruu for the test. In this test the Sword Spider got unsummoned even though it doesn't show in the log, yet the Hakeashars and Nishruu were not. I did a separate test after this without any enemies, and summoned a Nishruu and threw a Death Fog over it and it happily sat there through the duration of the spell. 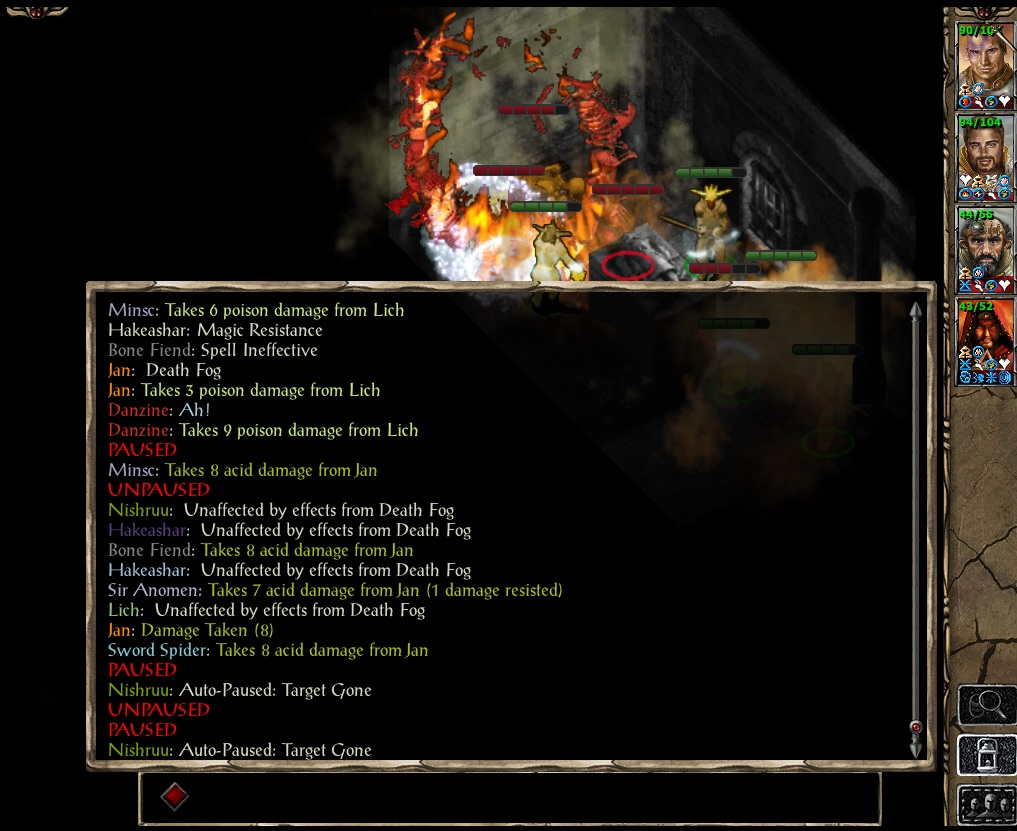