So,ever since my last clean install I'm finding that I can't turn Skeleton Warriors....at all, no matter what level. 14 level Cleric or 40th level; makes no difference. I believe it's either the SCS Strategems mod or the aTweaks mod that's the culprit, but I can't pinpoint any component that looks likely to be the cause.

So, having just had some (limited) success with using DLTCEP to create a unique item for the first time, I'm feeling cocky enough to edit Skeleton Warriors back to turnable status. I believe I've identified the effect that's making them invulnerable to turning, and I'm wondering if just removing it would be enough to fix things. But, I don't want to risk breaking the game by screwing around with code when I'm very much a noob at DLTCEP. Can anyone confirm that just removing the effect highlighted o[url][/url]n this screen shot would ONLY make Skeleton Warriros turnable and nothing else? Alternately, can anyone identify the mod component causing this invulnerability in the first place (Weidu log attached)? 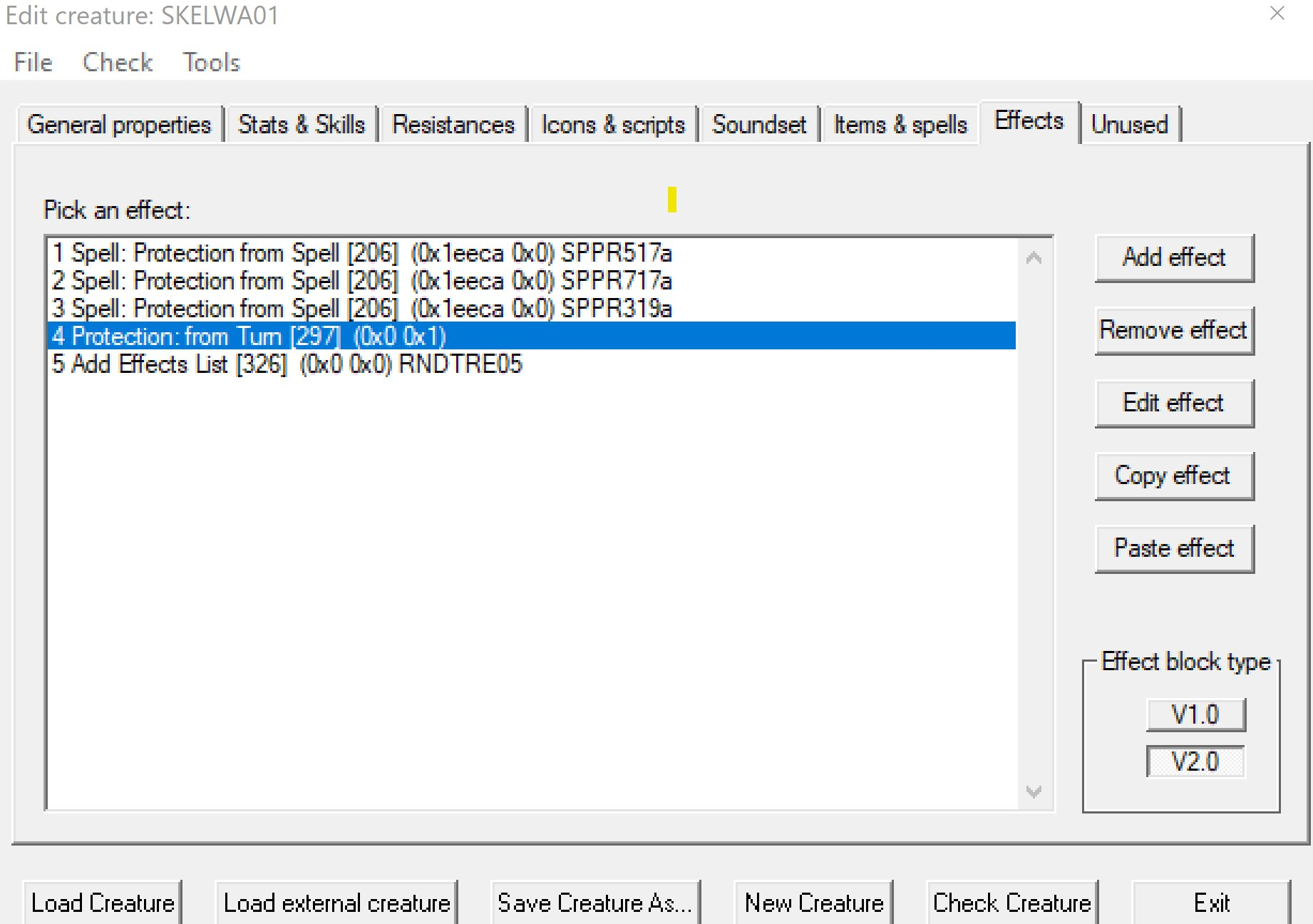