Unable to sine in with beamdog client confusion

About my self:
i run a computer shop from home, buy/sell/trade/fix/sorry no house calls covids

So long story short old Video game Nerd here, started playing video games before they had cartridges,
before Atari2600 1970~2021, systems.
You name it, played it or something like it.

Still have my US Robotics 56k V92 full hardware external dile-up modem.
Nwn works good on that btw, I mean the none EE Disks I have err games ...

Started playing nwn when it started, more then 12 people on server = lag lol.

Started when i was 8 or something when it comes to video games and well 40 years later know what ?

I got old, that's about it and maybe too old for the times or something seeing as i'm not understanding what i'm seeing at my end as i try to buy the game "NWN EE" and from what i'v read so far on the forum I mean I can't get the client to work and why would I even need it might be a better question,

Got a per-payed plastic cash card and was hoping to join the NWN EE party in this part of the world because half the servers came here given time hoping to get more player base and some new life in a old dieing game "aka best video game for AD&D" made to date imho.

I own all CD,DVD of all the games you are ummm re-bagging with new support it seems and a face lift.

The down side of pay once games for the ones that made the game, long-term support is kinda a problem for this kind of setup for the player base and makers of the game is if drags cult stile like some of the games have on the world sometimes anyways off-topic.

I don't use steam.

I like to not use your client seeing as it looks like a network infection from a Bot-net, are you a torrent client data mining my hdd or something ?

Can I play the game 100% offline with no internet just like the old game.

From what i understand to be offline you need to log in online and to be online is to be offline like on a computer deep woods with no internet for 100 miles your game works right on lan with ip connections NOOOO internet for anywhere, maybe 56k modems still work on a lan line keyword " no internet" and the game i want to buy i want it in iso offline full installer.

Someone needs to explain the following images, as well i need to know what all network ports do and if ports need to be forwarded, i have like 3x hardware firewalls "expert wire-shark/Zmap user" back to back and the TCPip pic looks like a torrent client with AIDS in my network stack, why do you need 20 ports open with loopbacks like wtf is this ....

Expert network help needed cus i'm just not understanding and if you think i'm going to DMZ port 0.0.0.0 *
or something i don't know what to say. 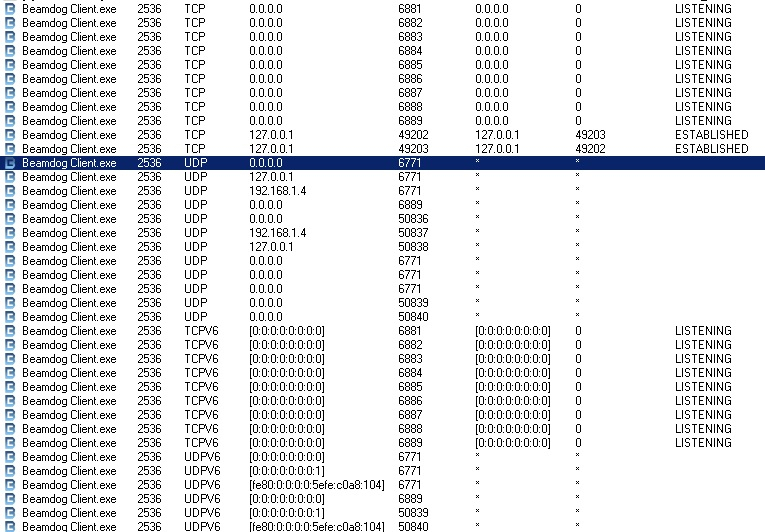 Normal nwn needs one port 5120, explain why your client for offline game needs to phone home with 20x ports....

PS i only join games with the in-game client in nwn "work good right with out your client, hosting master server right? is EE" and direct IP.