johntyl Member Posts: 397
June 2017 in Baldur's Gate II: Enhanced Edition
I don't know why this sword is so little talked about, as compared to Carsomyr or the Silver Sword for example. It's such a powerful sword!

CUMULATIVE 2 point penalty! And for every successful hit, not even a percentage to hit! That means that if you were to land a hit on an enemy 10 times, that's a cumulative 20-points penalty.

Now, if you still have some doubts on the prowess of this weapon, let me illustrate for you through the following battle. I was just at the Suldanessellar and had to face off the black dragon. I sent in my MC, a fighter-thief, wielding a Carsomyr and Soul Reaver as its secondary weapon. I set a Time-stop trap and when the battle started, time stopped and I activated Greater Whirlwind Attack. I began with Carsomyr to dispel any defensive spells and switched straight to Soul Reaver. The rest was just watching Nizidramanii'yt scratched at the air 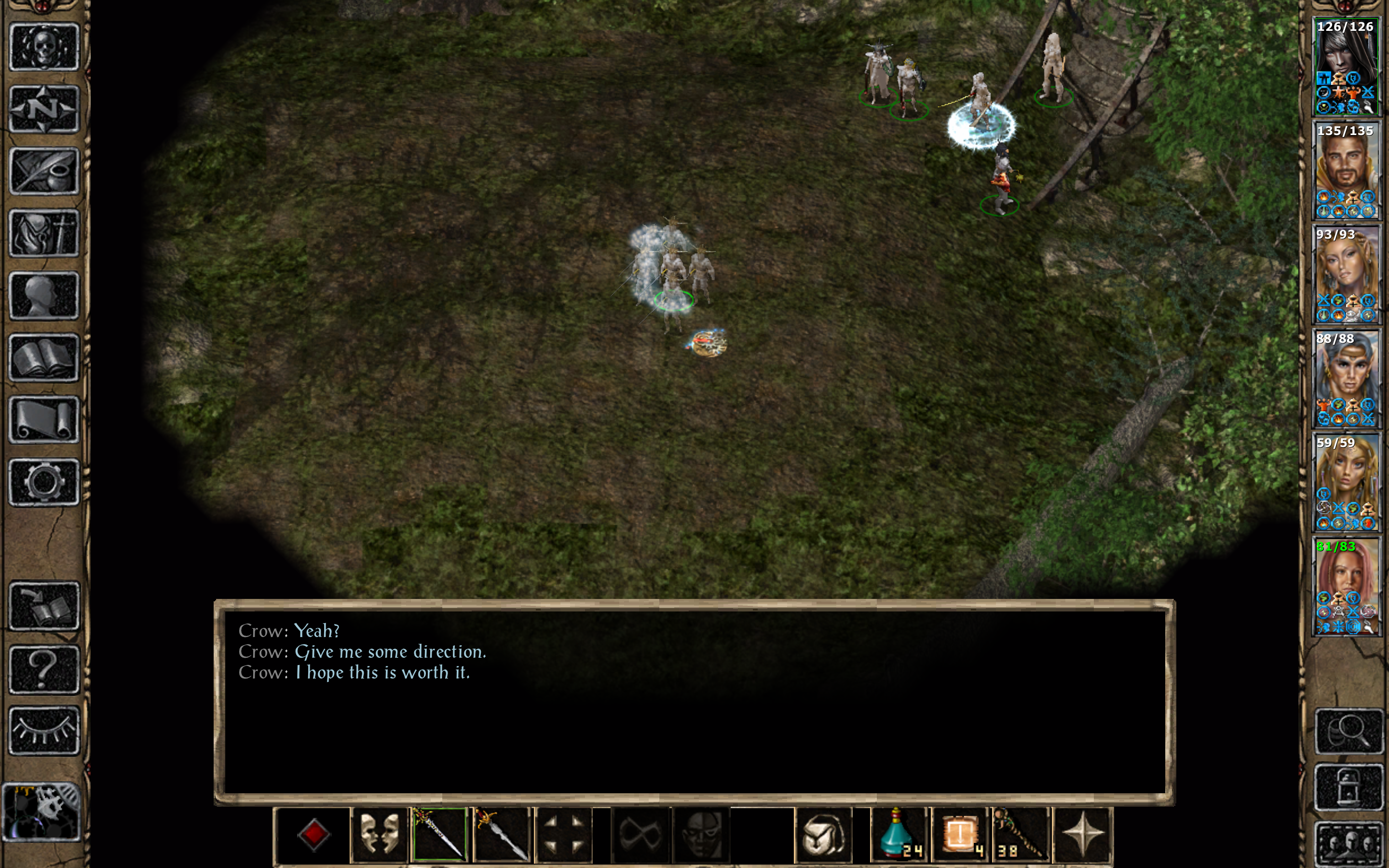 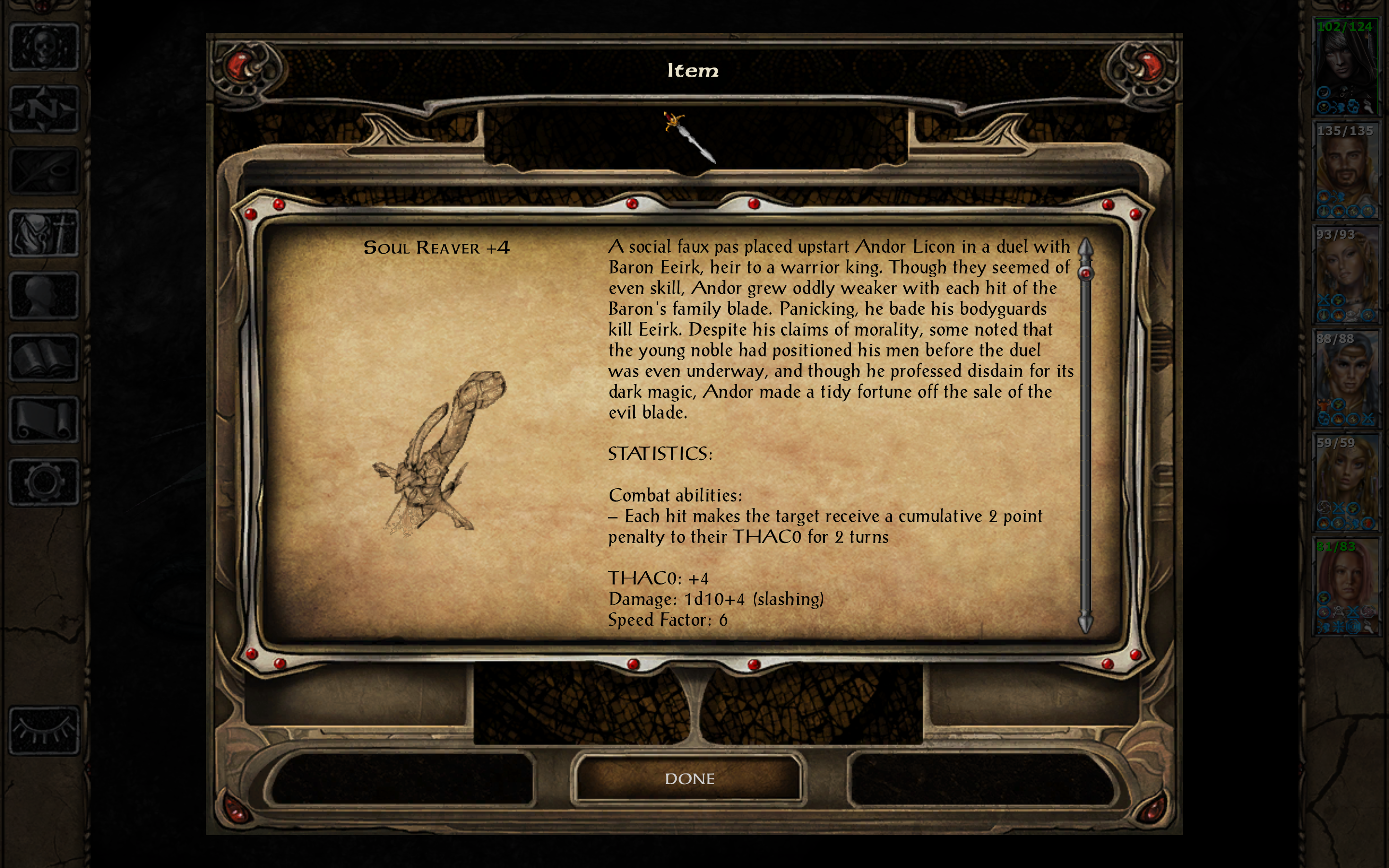 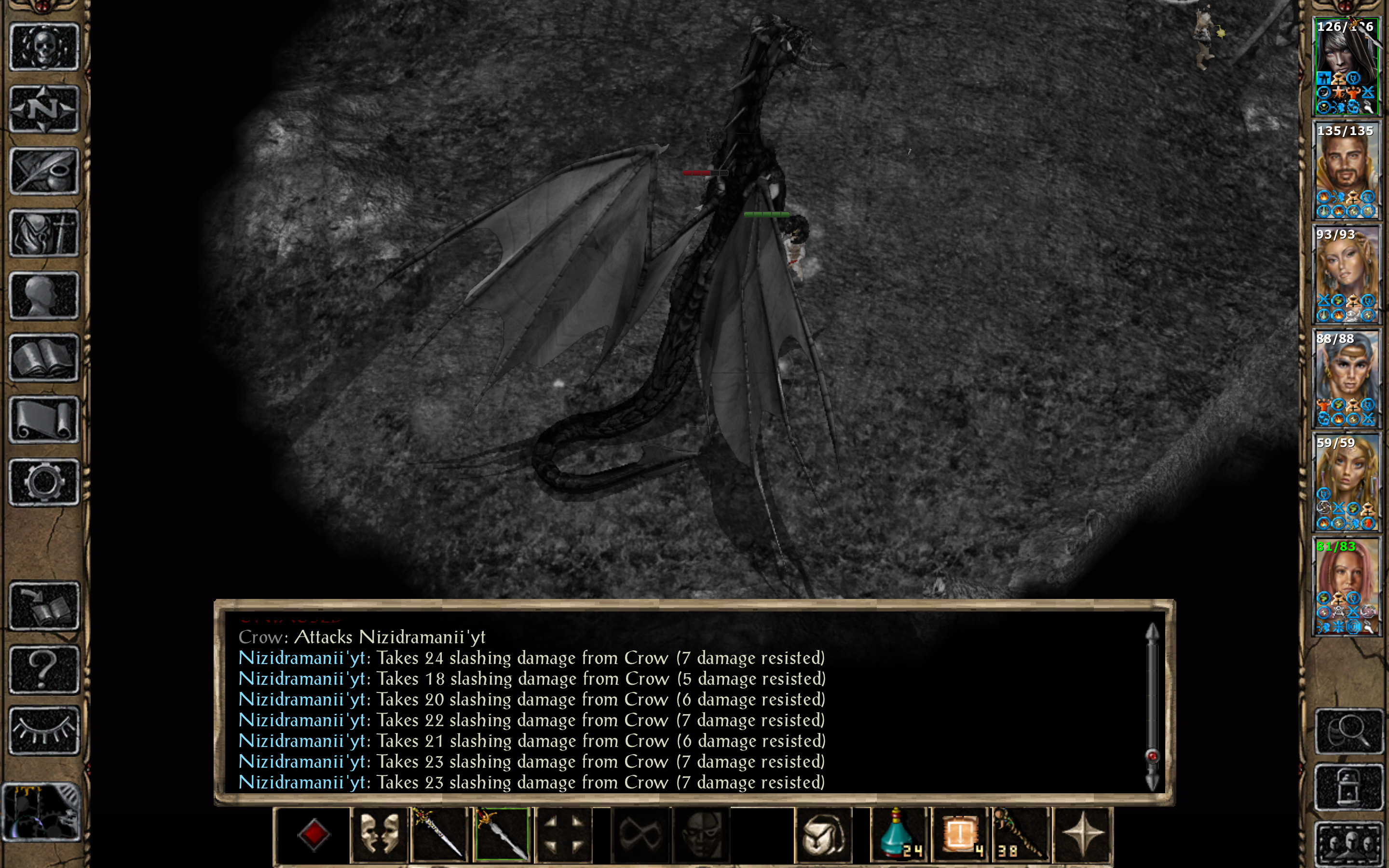 And then I decided to take a breather as Nizidramanii'yt fanned the air around me with his talons. 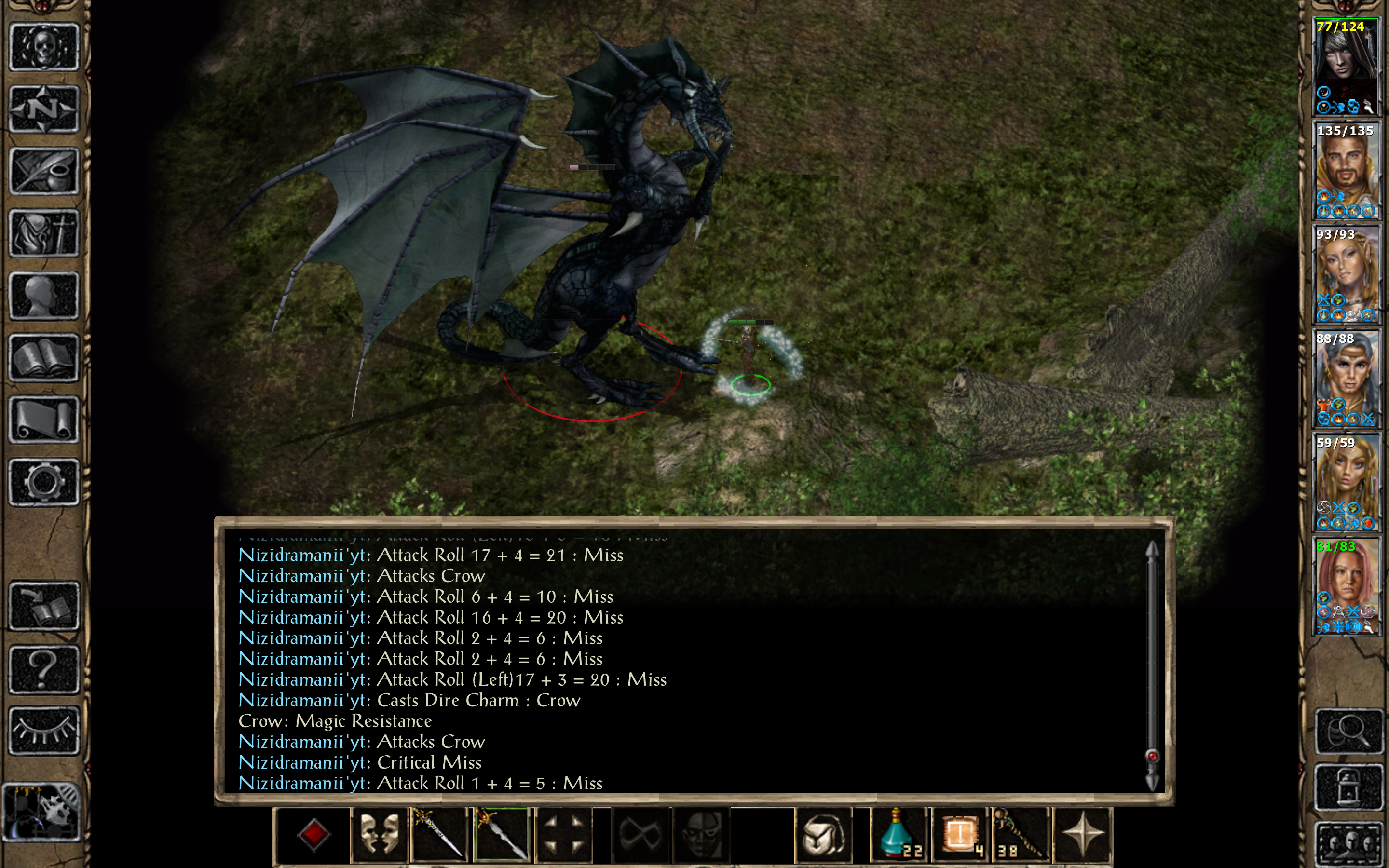 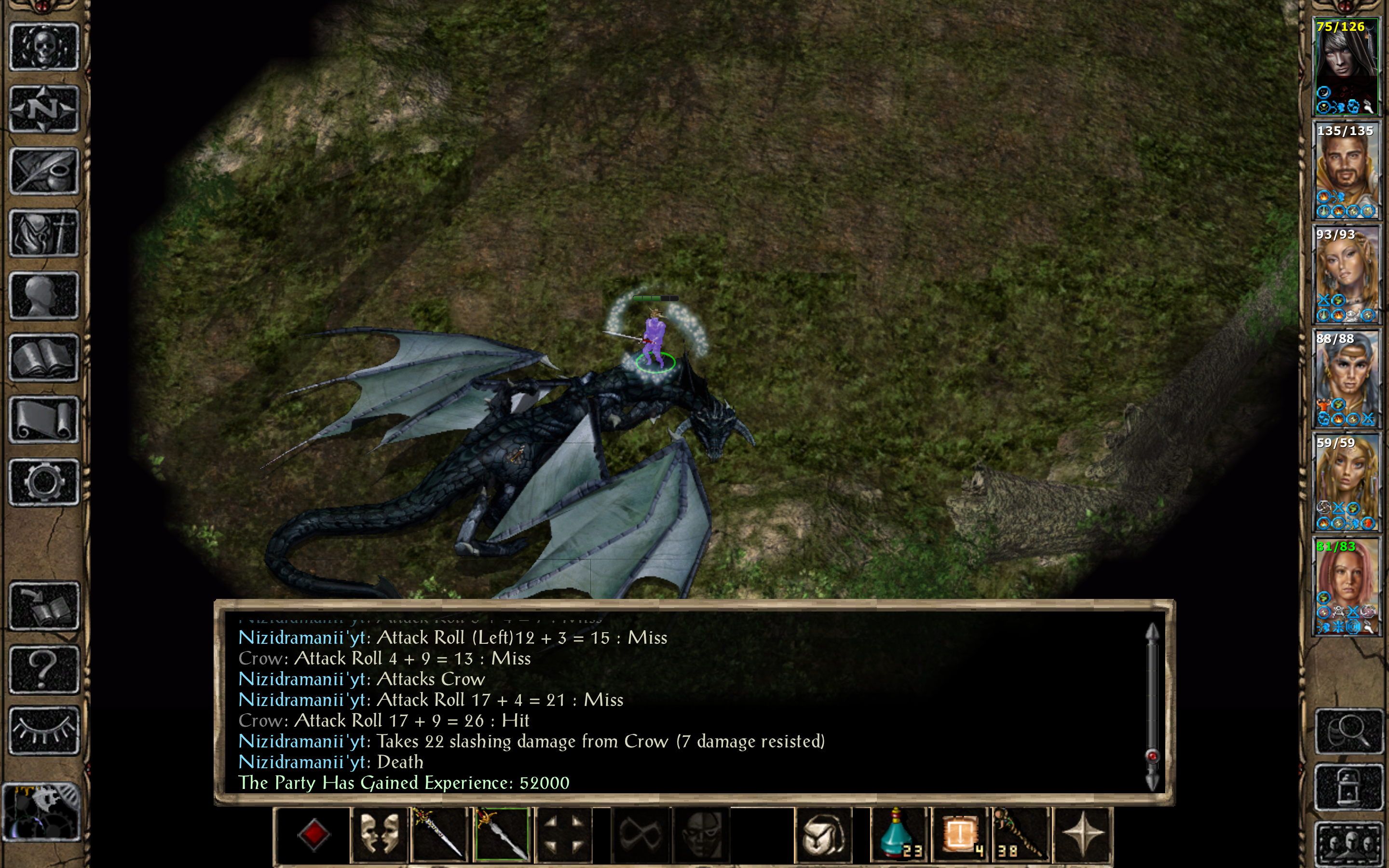