Sardoc Member Posts: 14
December 2017 in The 2.5 Update Beta
In the 2.5 beta, I've found an incorrect translation string in Polish language.

In BG1 and IWD, on the party creation screen (single player only, multiplayer is fine), the Play button has a translation error. Pictures provided, please do excuse my epic MS Paint skills. 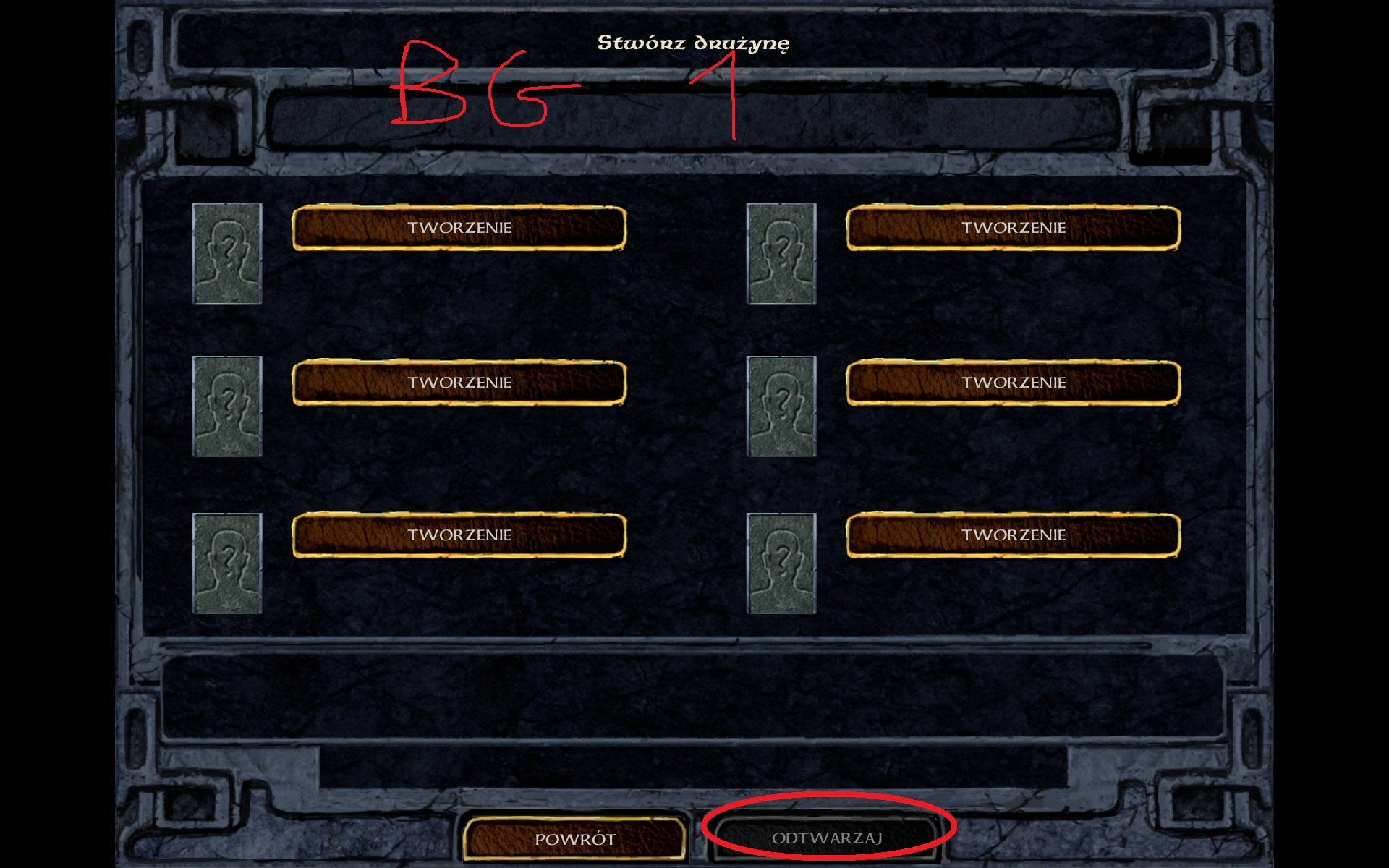 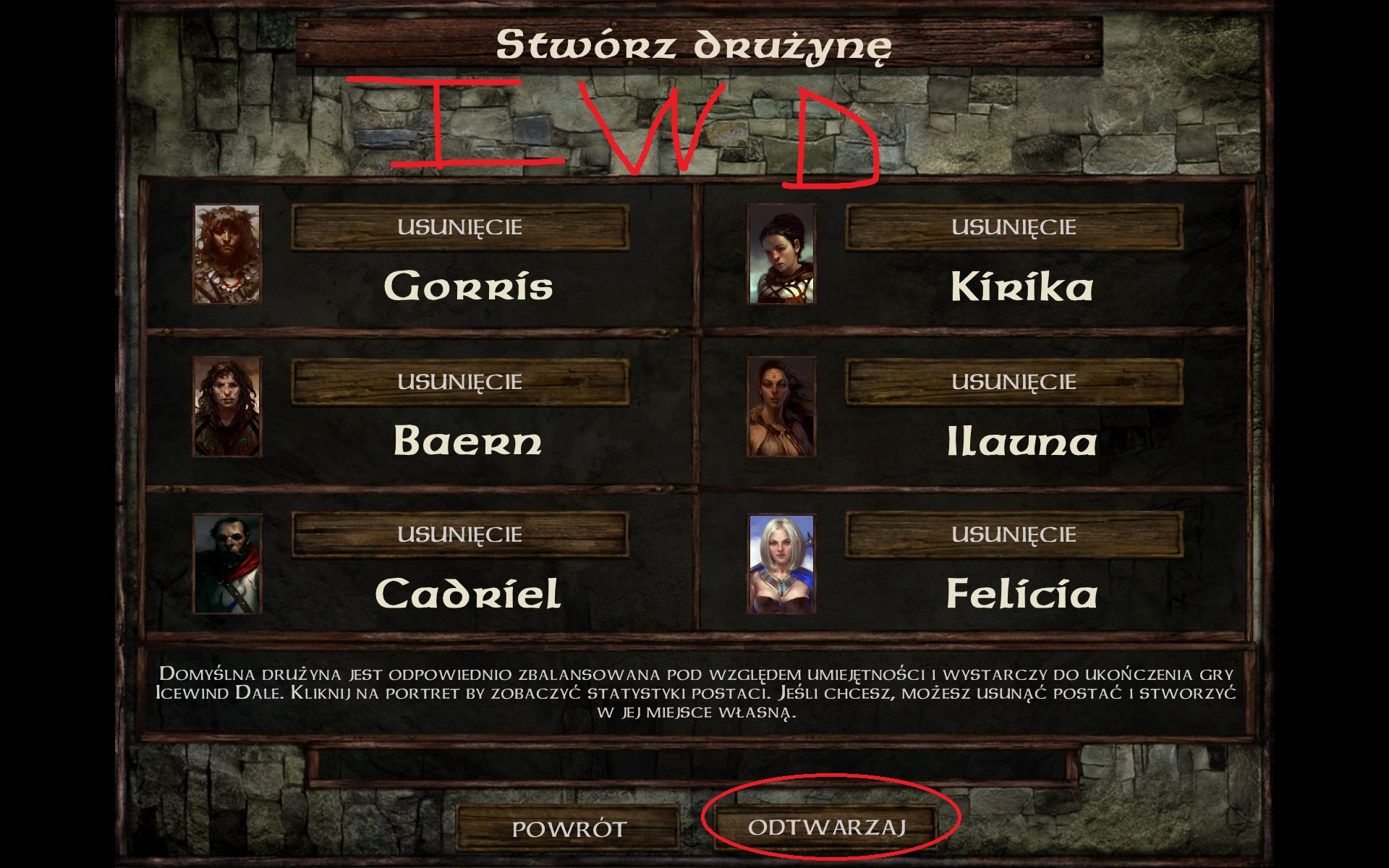 Instead of "Odtwarzaj" (meaning "play" in context of playing a music track or video file), it should be "Graj" (meaning "play" in context of playing a game). It used to be correct in IWD 1.4, picture provided (in that old version, it also said "Wstecz" for "Back", whereas in 2.5 it's "Powrót" for "Return", but that word is just as good and doesn't need to be changed). 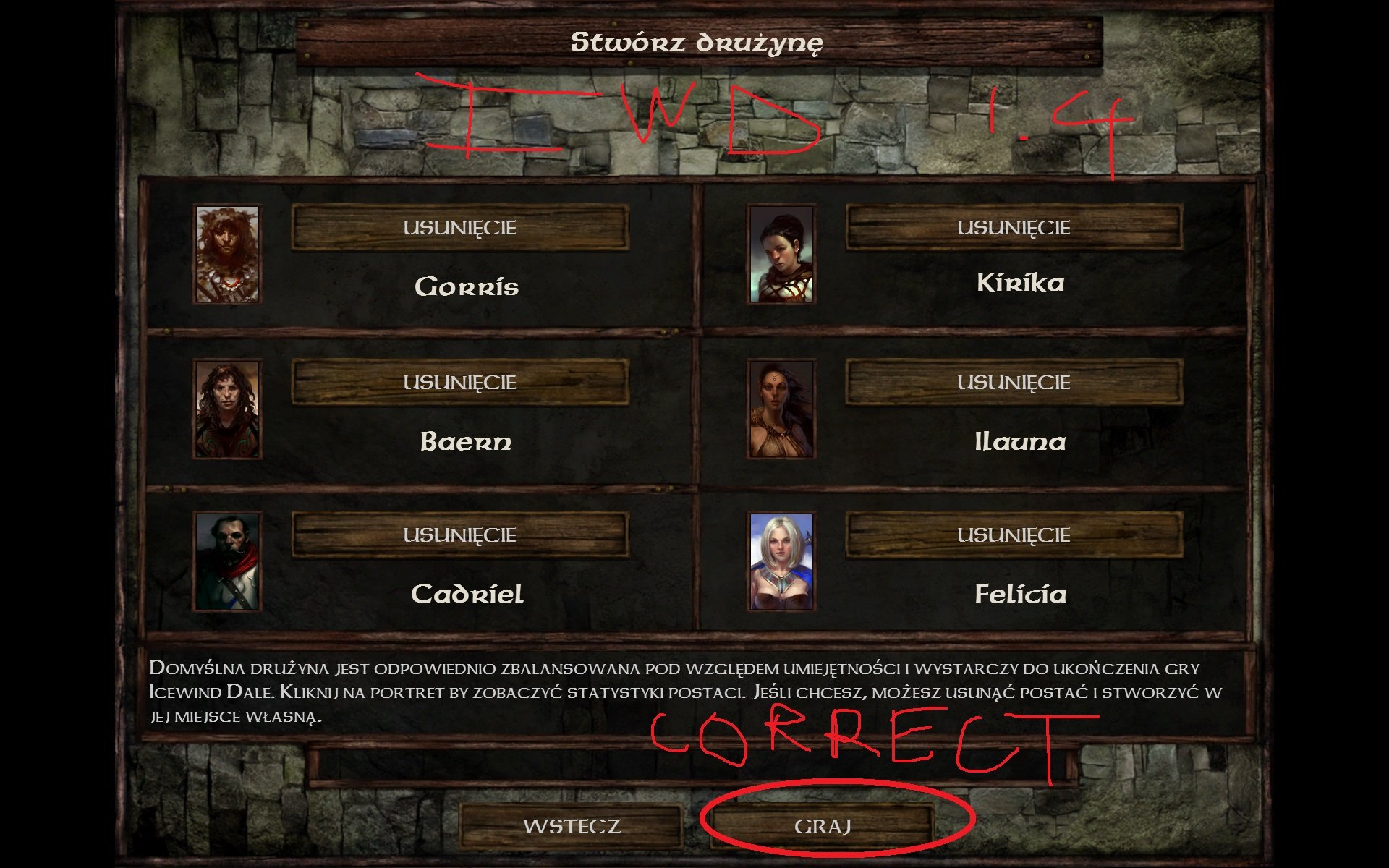 For some reason, in BG2, Polish language wasn't available at all (and in general the list of foreign languages was much shorter than in BG1, for example), so I can't test it there, but I'm pretty sure it wouldn't be any different. My understanding is that Polish will be available once the game is out of beta.

The same issue might be present in Siege, but as I don't have that expansion, I can't test it.

I can see how someone would make that mistake, as English uses the same word "play" for playing music, videos or games. However, Polish uses a separete word for these two.

That's not to say the whole string needs to be trashed. I'm sure there are other instances where "Odtwarzaj" would be appropriate (possibly ingame cinematic viewer, if there is one).

This is a single bug I've found so far, but you guys do feel free to hijack the thread and report other Polish translation issues.