lolien Member, Moderator, Translator (NDA) Posts: 3,107
December 2014 edited December 2014 in Challenges and Playthroughs
I didn't try out Black Pits so far, what is a shame. So i thought, that i jump in the fray, and have some fun!

I will role-play this, but just for a low extent. I imparted some of my character ideas, which weren't come true another way, than in the Pits of the Black. 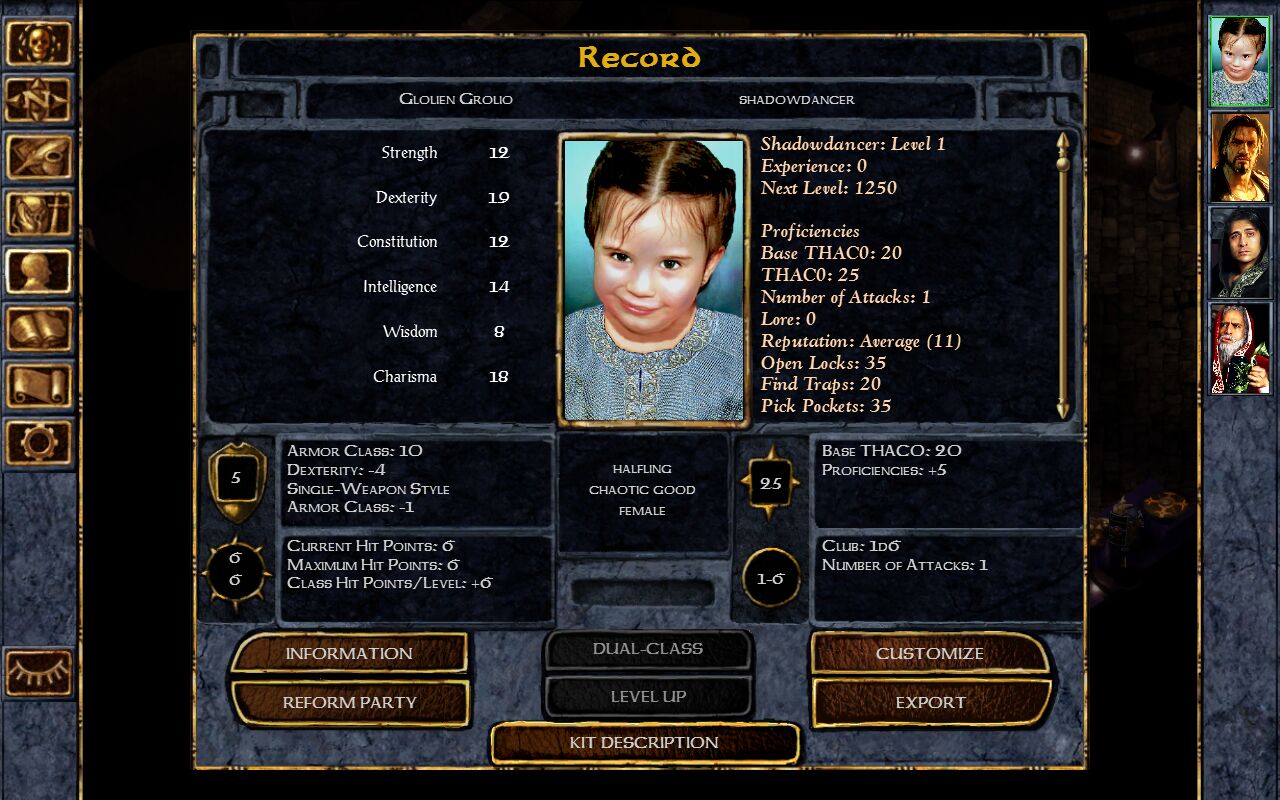 This halfling girl is part of BeamDog next project, the Adventure Y, so her biography is secret at the moment. The fact, that Baeloth can summon her in the Pits represent the drow wizard's power all too well. 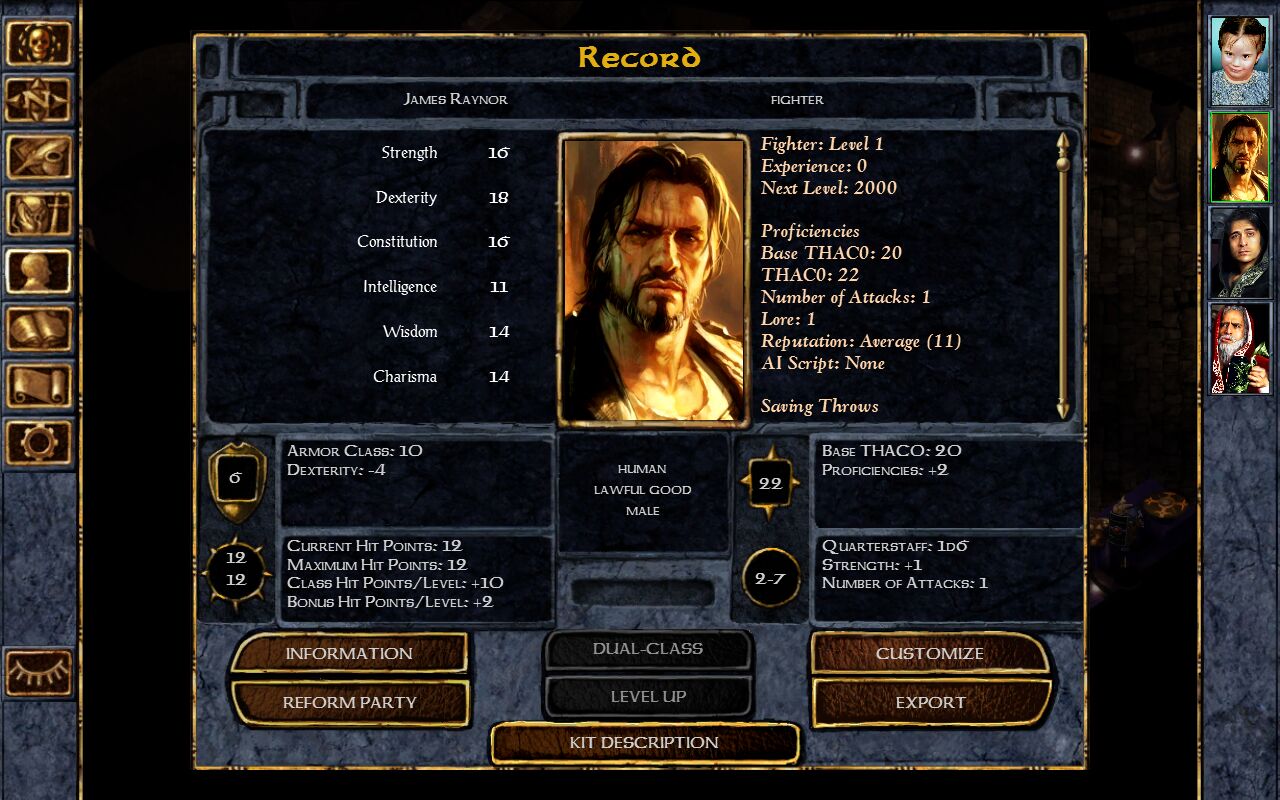 http://en.wikipedia.org/wiki/Jim_Raynor
He represents Baeloth magical might too: he was summoned in the Pits from a totally different universe! 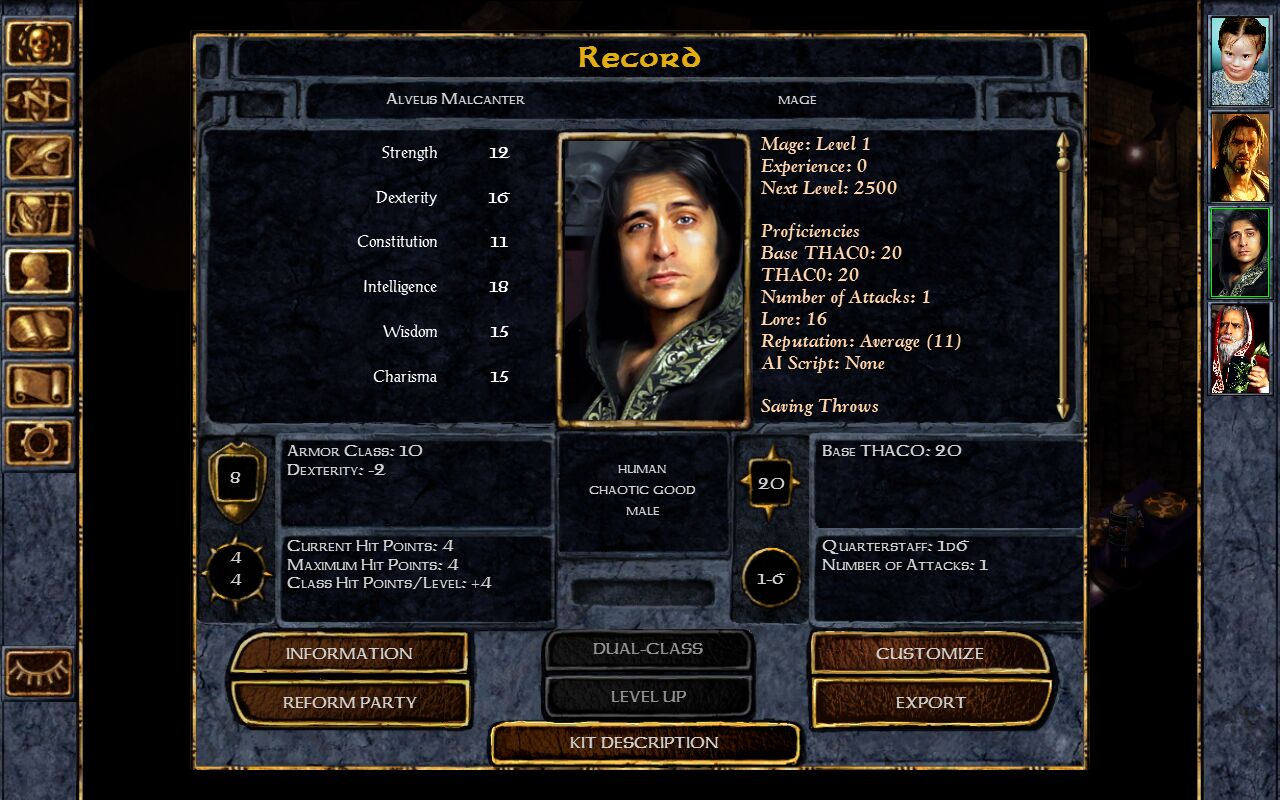 Yes. Baeloth can summon persons from video shows too! Do the universe explode if the longest living first level mage levels up? Hope we won't find out! His summon in the Pits is an accident. To summon Alveus Malcanter Baeloth needed a unique variation of a powerful spell, and such magic is always unpredictable. How can Uncle Marthur keep himself sober enough for the fights in the Pits, and still drink enough not to get mad: the fact that he know this shows his attractive wisdom!
Post edited by lolien on December 2014