Coutelier Member Posts: 1,251
January 2015 edited November 2019 in BG:EE Mods
This simple little mod simply adds an appearance from the wingless wonder, Aerie, at the Nashkel Fair in BG1. She's not a joinable NPC (although you can of course do the console thing to add her to your group if you want, but there are no banters written for her). There are a couple of little things you can help her with, and in return she opens a little store at the fair. 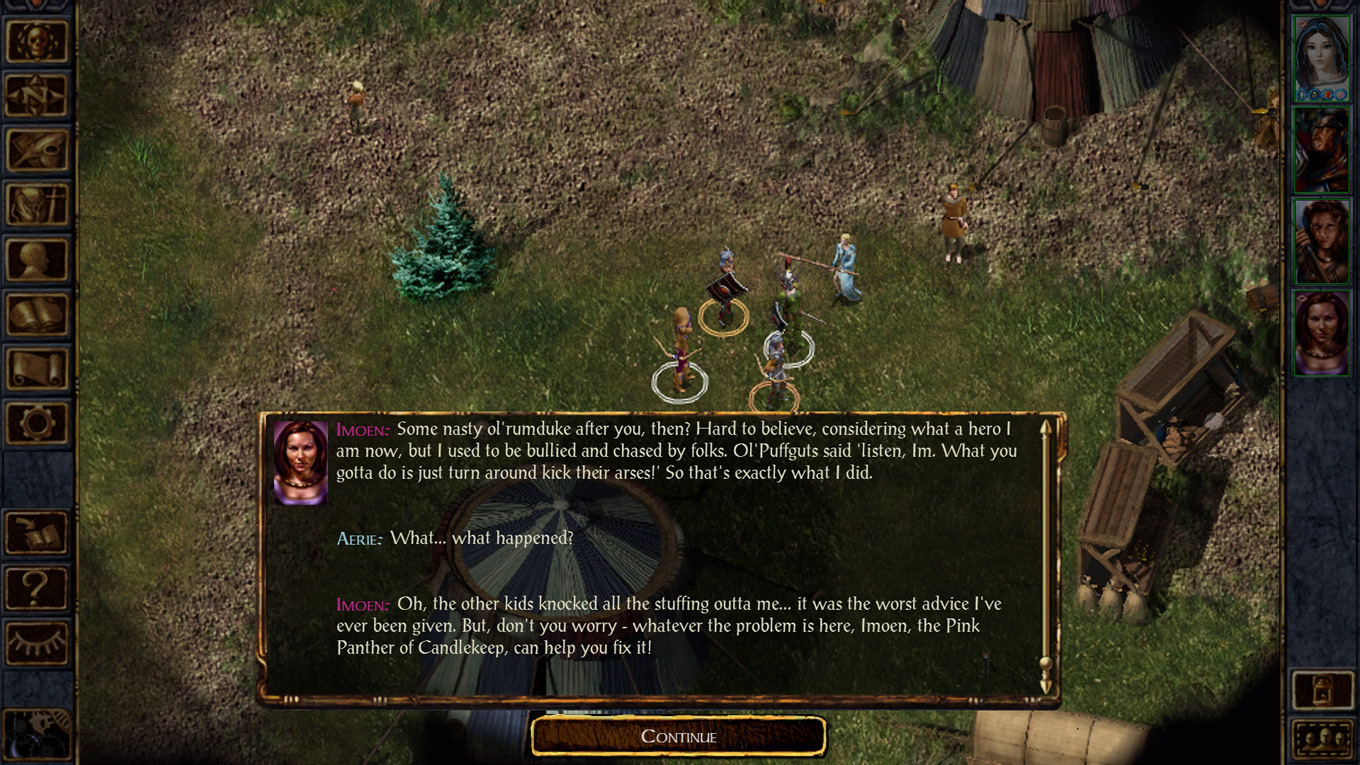 It's actually the first ever mod I attempted, just repackaged and rewritten quite a bit. Since I started learning modding pretty much as I was going along, I spent more time messing around and trying to see what could be done then I did actually writing anything. So now it's been tidied up quite a bit, trimmed, most of the really silly dialogue taken out.

Originally, I had also been considering adding little cameos from other BG2 NPC's into BG1. Like coming across Mazzy and her group out in the wilderness somewhere, or Anomen or Keldorn similarly out on a quest. But then BG2:EE came out pretty fast, and I completely lost interest in continuing with it I'm afraid.

I basically just polished this up as I've been looking at tra files some other stuff and this was a small, easy thing to start with.