Poison Weapon
Each successful hit within the next 5 rounds will inject poison into the target. Each target can only be affected once per round. The amount of poison damage depends on the user's level:

It was you who carried me through tough times, combined with Melf Minute Meteor you were able to deal 60 more damage per round from range and you made BG1 a walk in the park.

Bypassing every immunities in the first game, you managed to take down some invulnerable characters.

Mixed with Arrows of Detonation, Frag Grenades or Fire Seeds you could even apply your lethal damage over time effect on multiple targets at the same time, bypassing Protection from Magical Weapon. 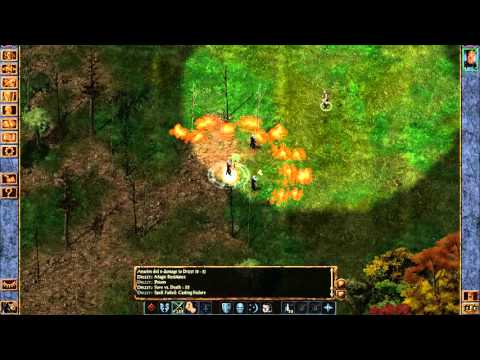 Jokes aside, I'm actually happy with this change! This ability was too strong in my opinion and made Blackguards over the top.
But I'm a bit curious at the same time, why did the team decide to change this ability? Why only this ability and not the Enrage for example?
Can we expect some more rebalancing in the future?

I invite you to share here your impressions on this change and your stories about your Assassins or Blackguards!