johntyl Member Posts: 397
June 2016 edited June 2016 in Baldur's Gate II: Enhanced Edition
Help guys! During the duel at the Druid's Grove, Jaheira was blinded by the shadow druid whom she was duelling with. After Jaheira killed her, there was the cutscene back to the scene and the blind effect was still there which was normal. But even after the blind spell faded and the icon disappeared, Jaheira is still blind! And this is bad because not only can she not use RANGE items, my main CHAR is currently romancing her and I almost missed a romance dialogue due to her blindness (if not for the romance soundtrack playing I would have missed it). I tried resting and changing locations, but none worked!

Does anyone know how to resolve this? 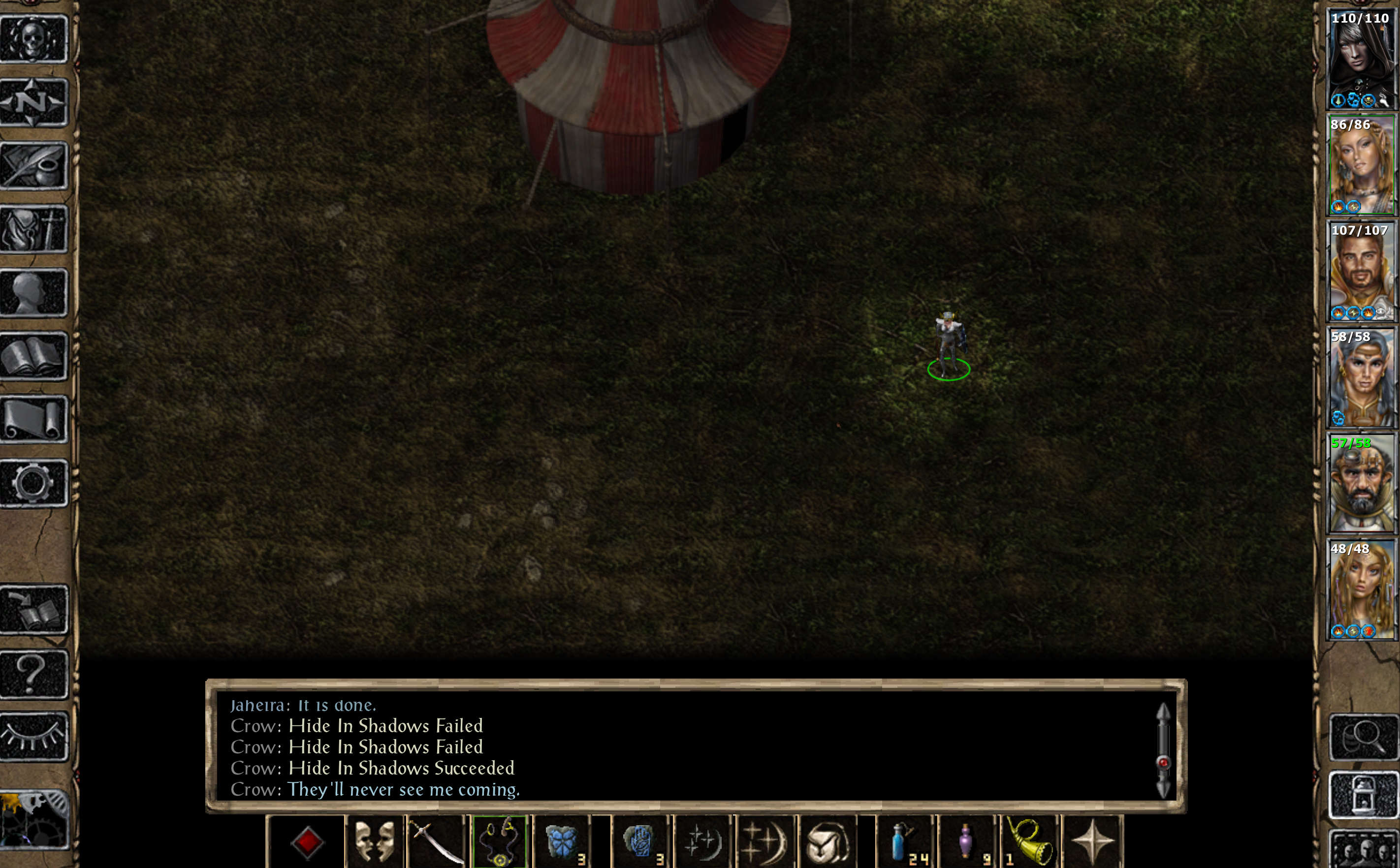