johntyl Member Posts: 397
June 2016 in General Discussion (Spoiler Warning!)
First you need these 2 essentials to guarantee a high chance of success: a Mace of Disruption +2 (the better if its upgraded) and an Azuredge +3.

If you have Anomen (I think he's the best character for this tactic since he's a cleric and he's quite good with maces), have him wield the Mace of Disruption. Let any character with a good proficiency in axes wield Azuredge (Korgan if you have him). Get these 2 characters' THACO as low as possible (with potions of power or heroism) and any buffs and have your spellcaster cast haste (or improved haste if your level is high enough).

Next, surround the spot where you know the lich will spawn after the sarcophagus is opened. And once it turns hostile, WHACK! My Anomen did the killing blow the first time. And just to make sure this method wasn't a fluke, I tried it 2 more times and my main CHAR was the one who dealt the finishing blow the next 2 times.

I think this is quite a legit way to kill a lich since it is an undead. Though admittedly, I killed him before the SCS pre-casting and his chain contingency were effected but I did wait for him to turn hostile first. You can't blame my characters for reacting faster

(Though one of the lich's spell did go through before the lich went down -> 2nd screenshoot) But I'm curious to find out what you guys think: do you consider this method to be cheesy since a lich in SCS should be quite a big thing?

P.S. I also had Keldorn wield Carsomyr+5 with a potion of magic resistance to boost his MR to 100% (as a backup plan) should my almost foolproof plan fail. I had the usual de-buff spells to bring down the lich's defences and have my melee characters keep whacking him to proc their weapons' destroy-undead ability. 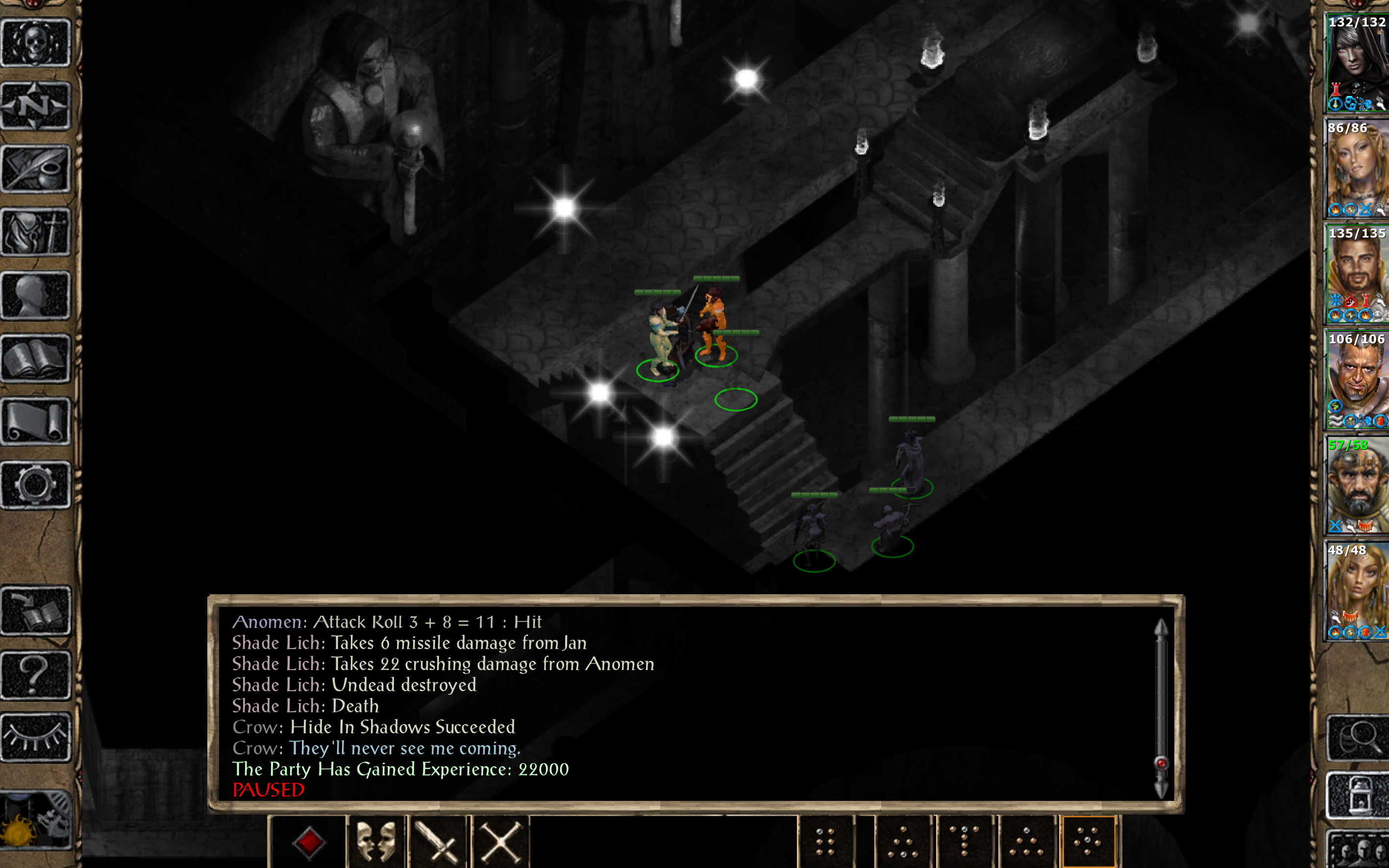 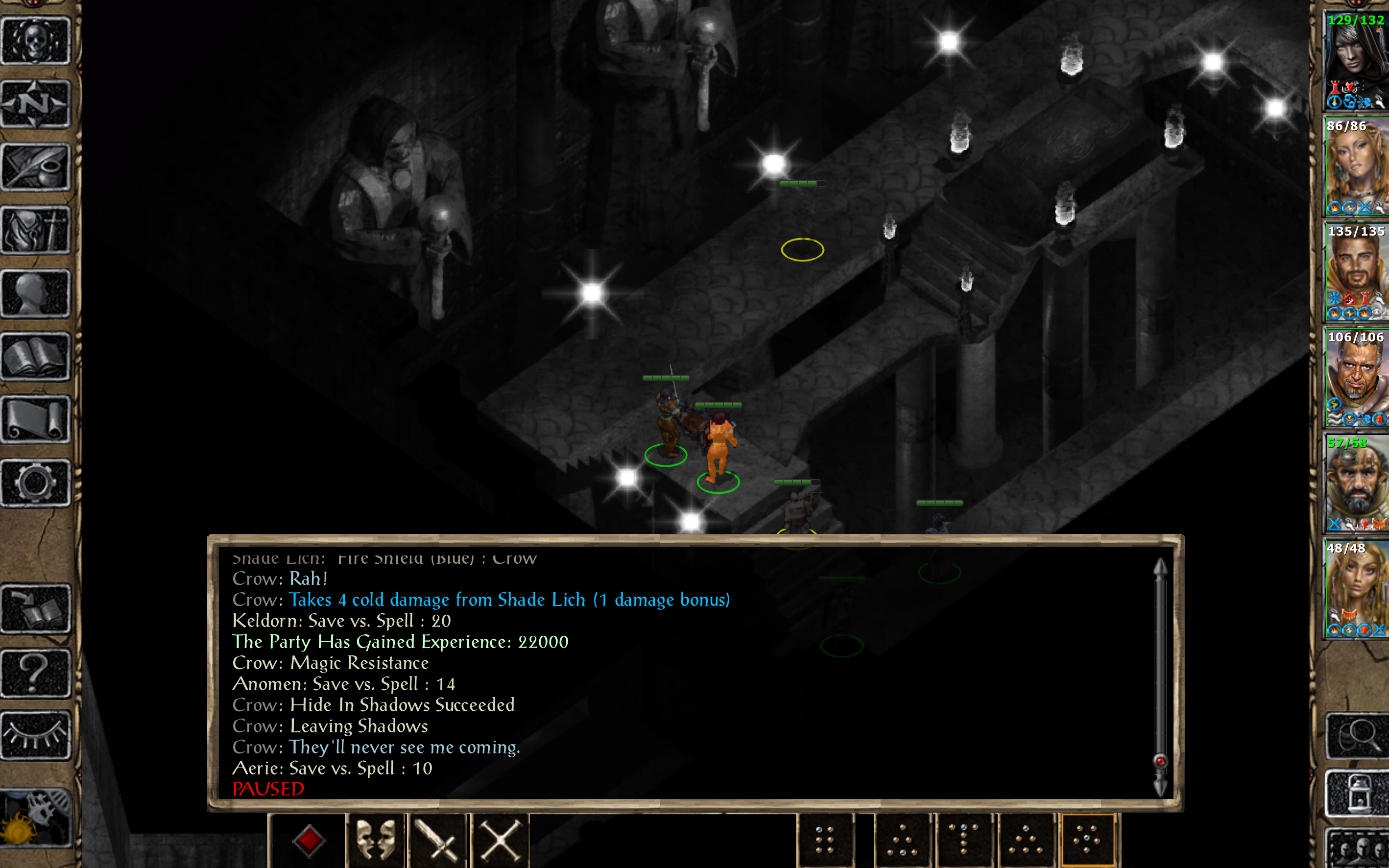 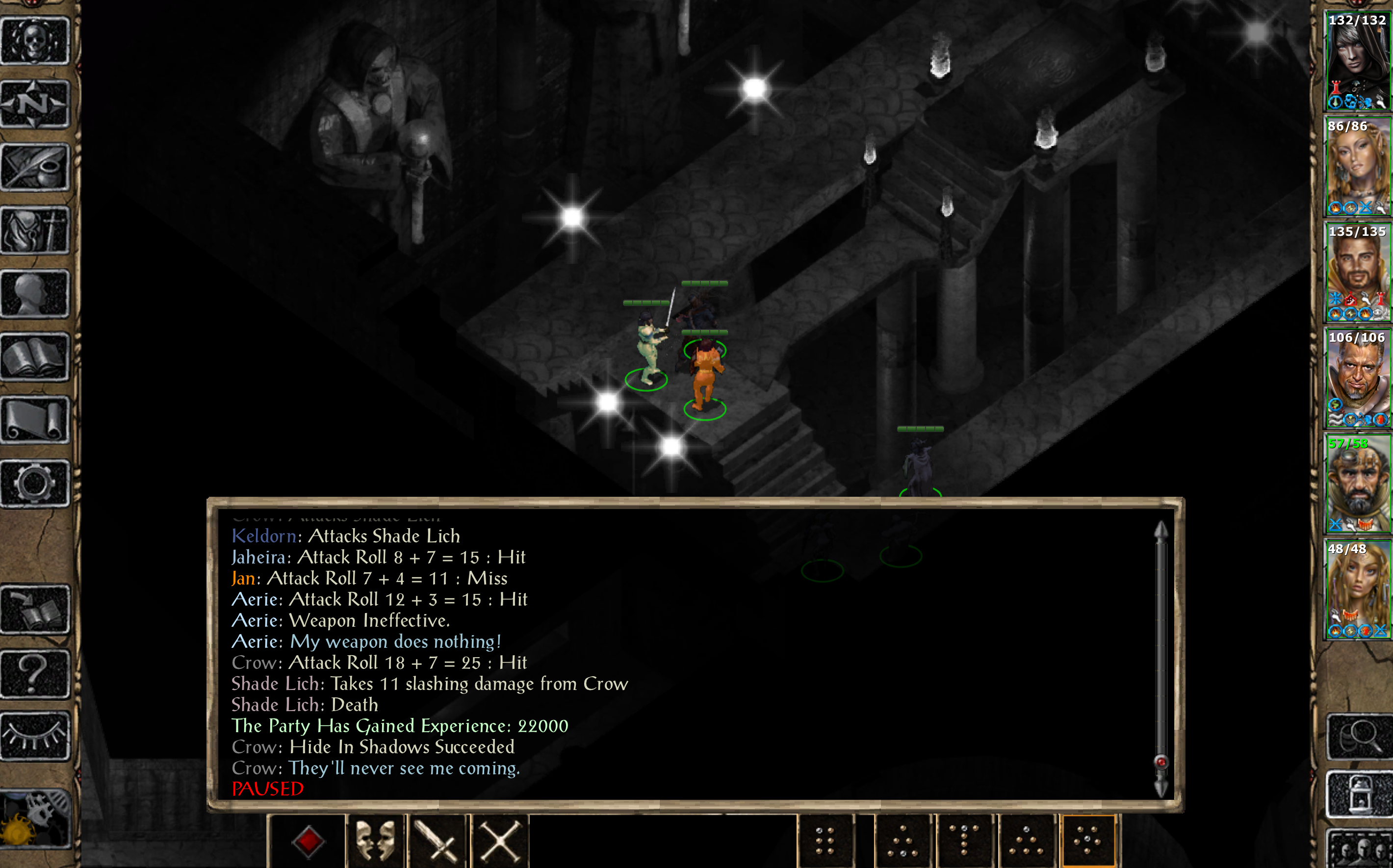