[mod] Will of the Wisps - Shamanic enhancements

"Will of the Wisps" is my new BG2EE mod in-progress. I don't usually show my work when it's not ready, but I decided to make an exception. The mod is to introduce more shamanism in BG2. I understand that many people just don't play shamans because they do not get their own Stronghold and there is no shamanic NPCs in BG2. That resulted in making this class very little popular. What's more, right now original game does not include any kits for shaman class.

Some information from the readme: 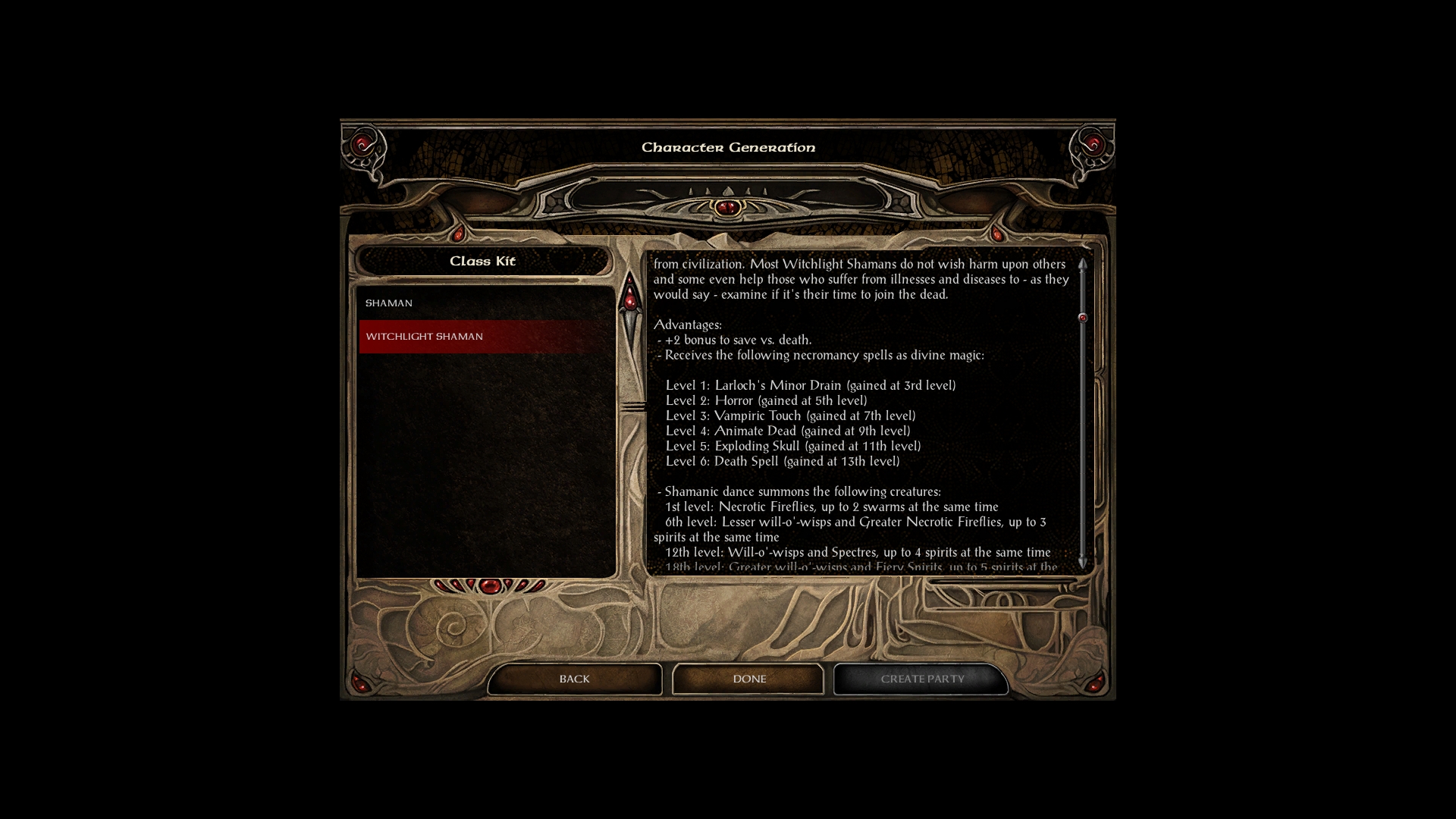 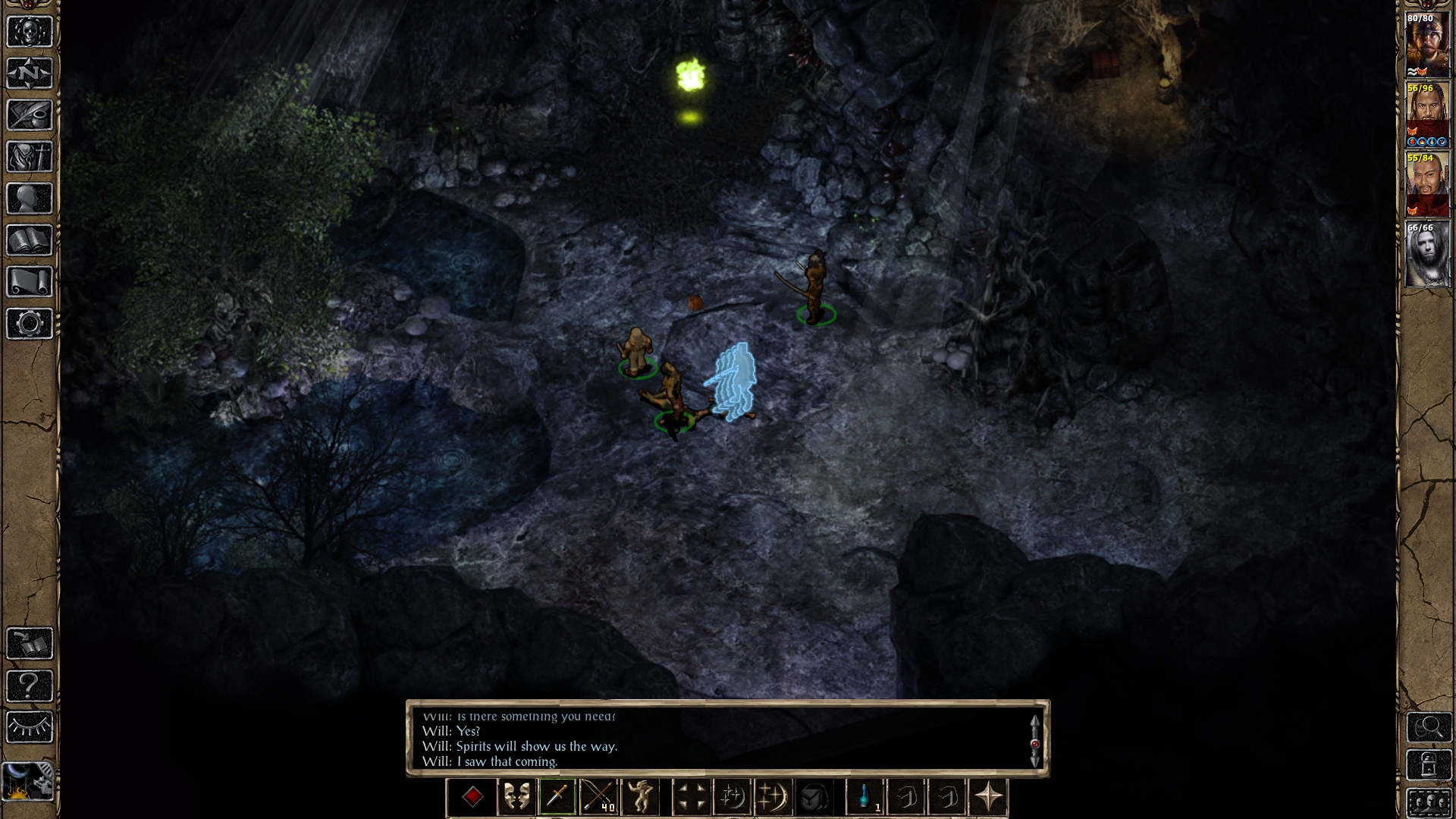 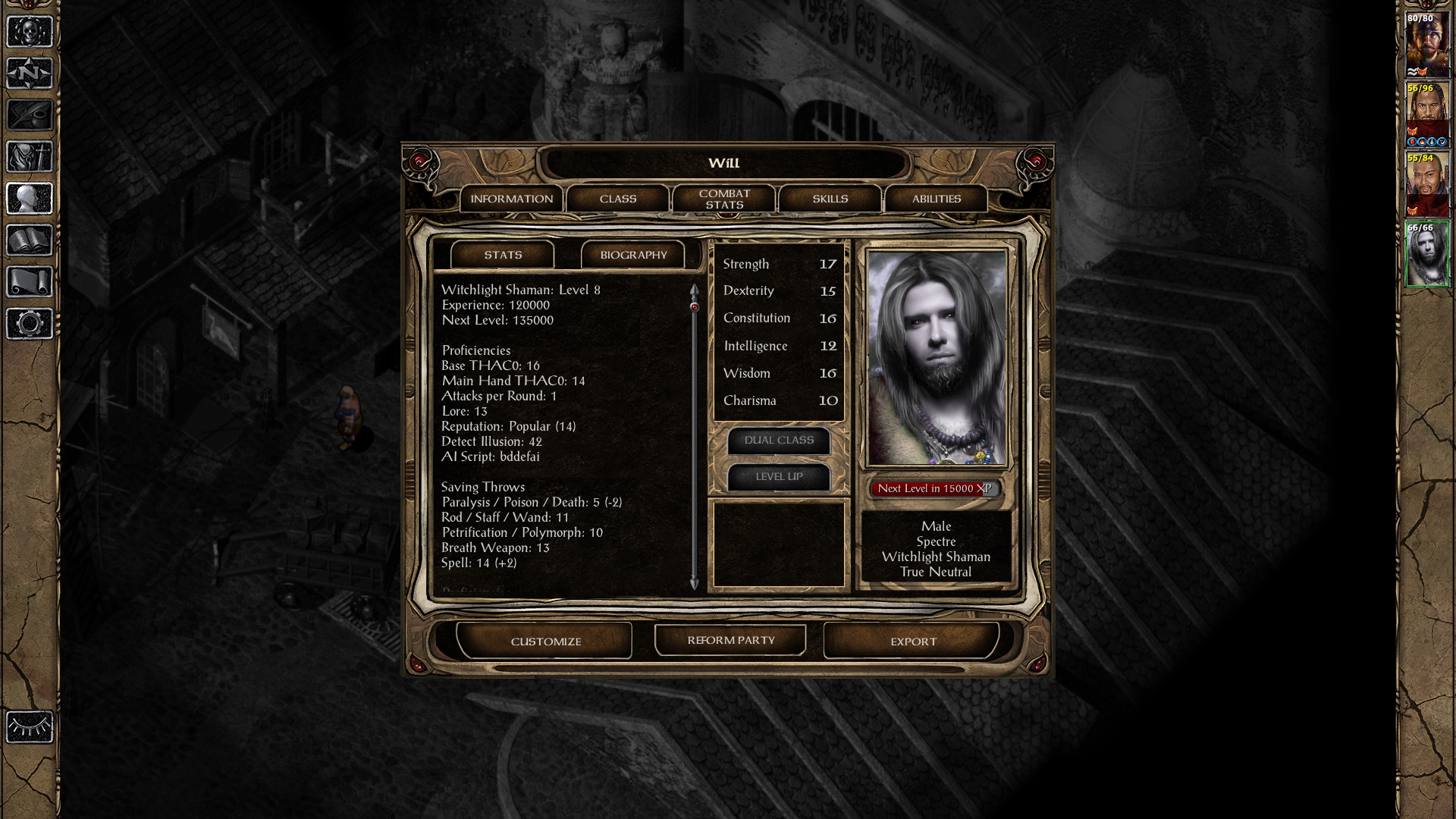 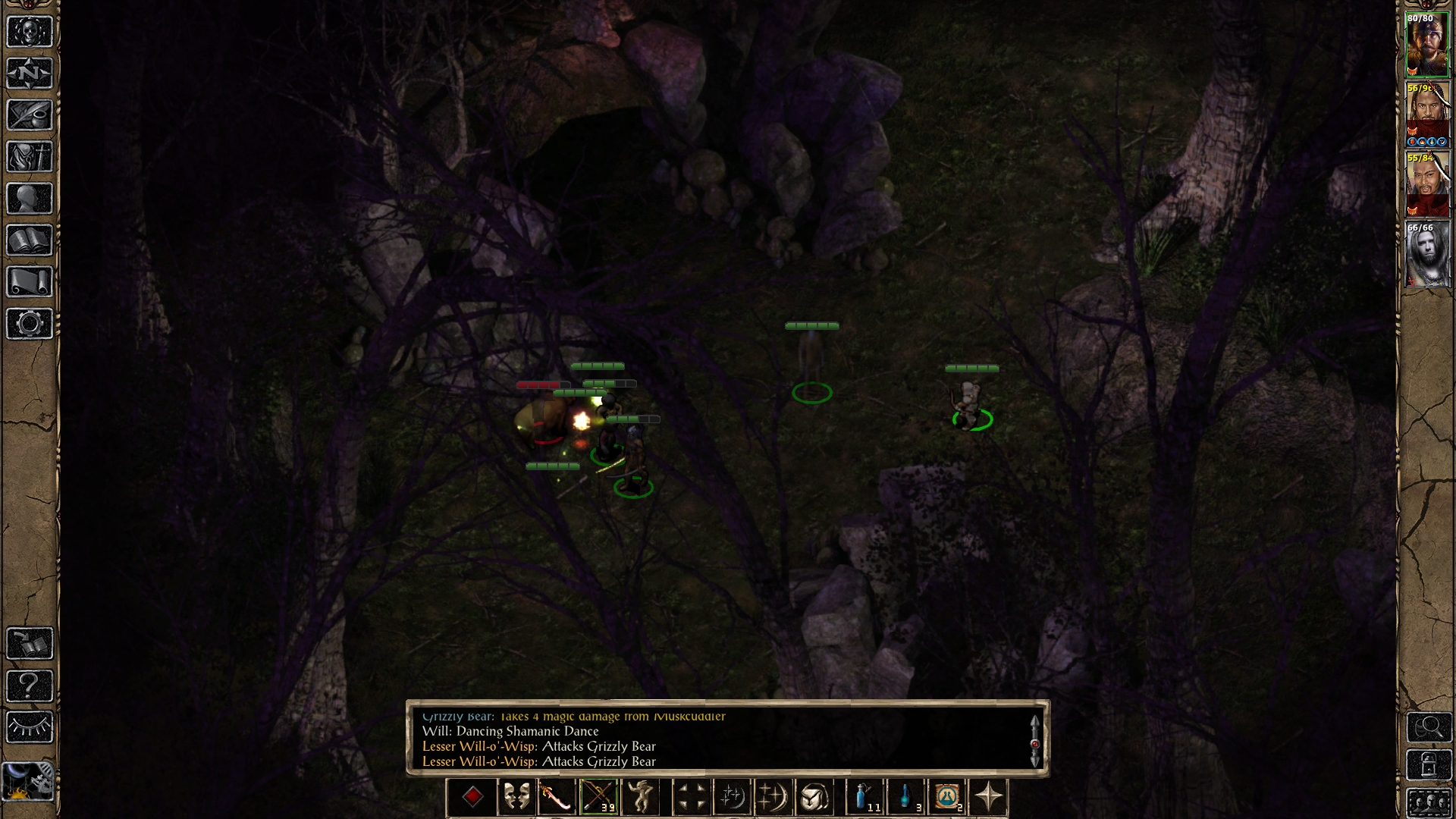 NOTE: You may need to start a new game OR at least use a savegame from before you started the Umar Hills / Temple Ruins quest.