LavaDelVortel Member Posts: 1,384
December 2016 edited June 2018 in BGII:EE Mods
After so many plays, I realized Athkatla got a bit boring, so I decided to make a new district to make the city more interesting. It's called the Southern Edge and is the "minor" city gate in the southern part of the city wall. Some merchants use this place to for the transporting their goods.

Southern Edge is a new district for our favorite BG2 city - Athkatla - available from the very start, once you talk to Gaelan and hear his offer. The mod is to make the first hours of the game more interesting, as some player might have got bored with doing the same quests over and over again. The area isn't as big as Slums or as Bridge District, but it includes a main quest introduced by a halfling name Mairo and a series of mini-quests and encounters introduced by both some new characters, and some you might have met before.
There are also some nice bits every district should have - a small shop, a tavern, some commoners, a temple, some troubled men and women... what else do adventurers need, right?
It's not a big mod, but it should entertain you for a moment or two. I hope that the Southern Edge will become a nice stop for you, Bhaalspawn, and your trusted group.

The mod now works on BG2EE, BG2 and EET. 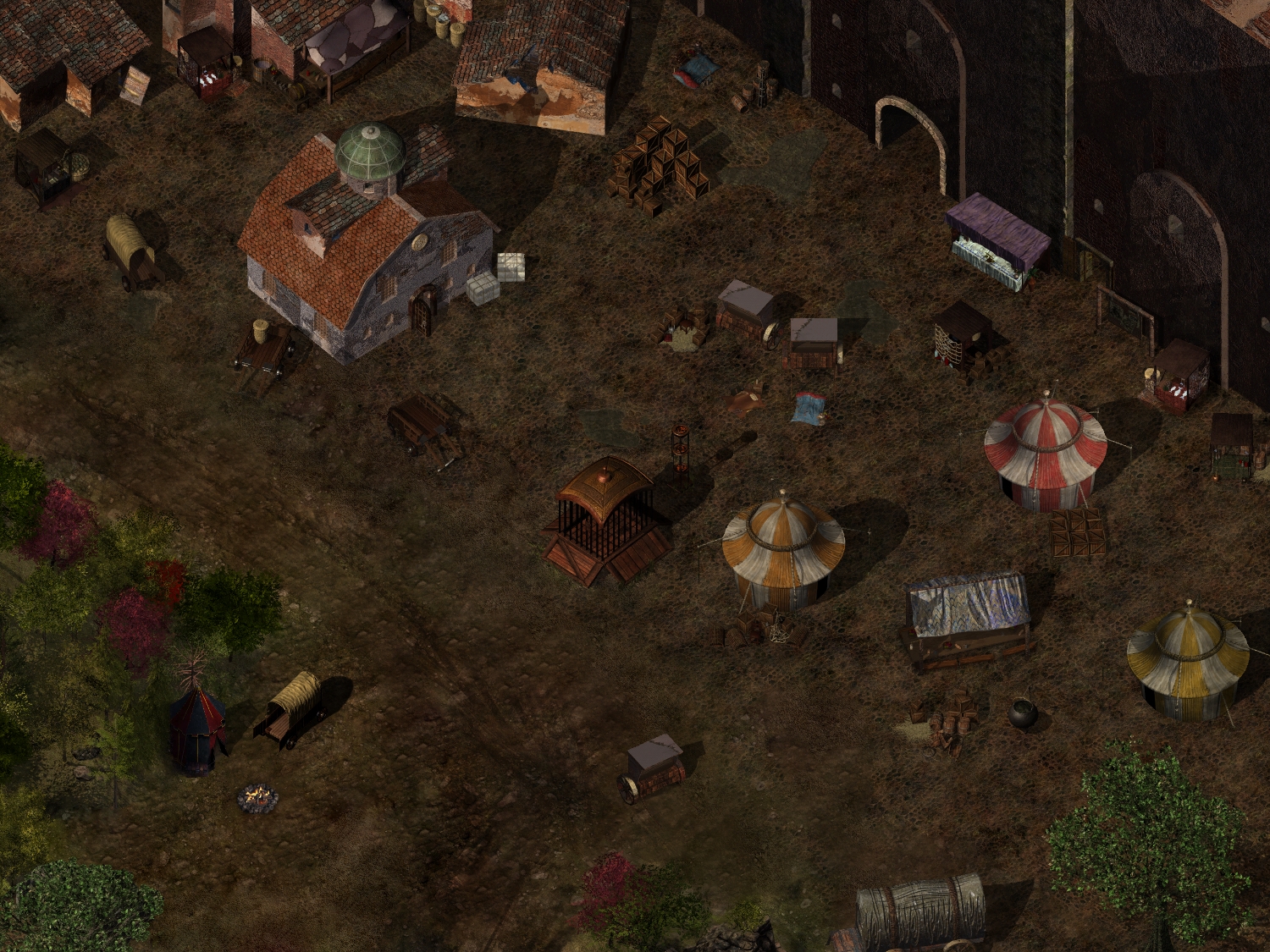