Places you think there should be something . . . but there isn't.

Permidion_Stark Member Posts: 4,406
September 2017 in Baldur's Gate: Enhanced Edition
So, in your travels along the Sword Coast have you ever happened on a spot where you think to yourself, "I'm sure there should be something here?"

I'm convinced there should be a cave between where me and Imoen are standing. I can see the opening. It is so frustrating that I can't get in because I feel sure that there are thrilling adventures and wonderful treasures to be found in there. 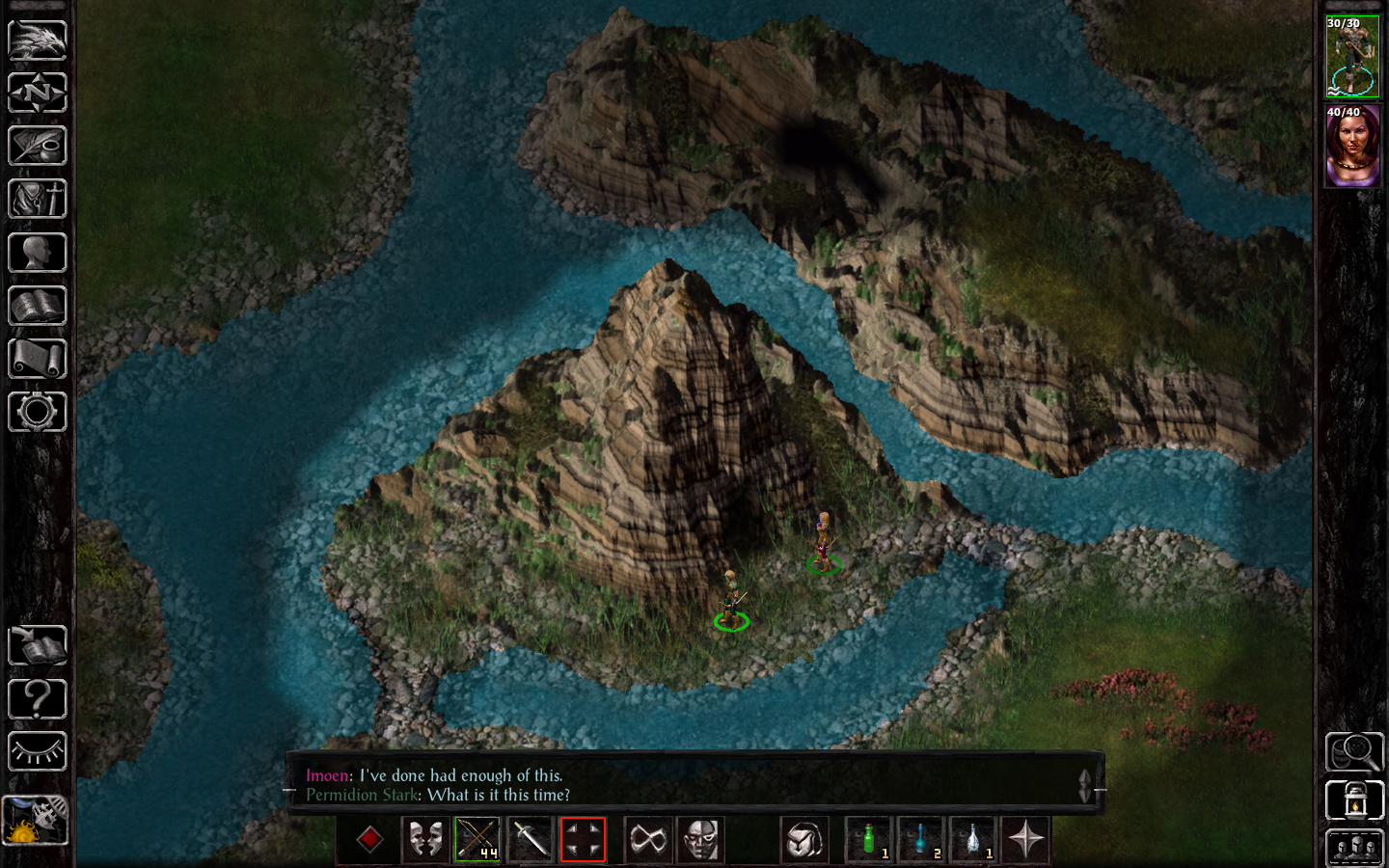