Attention, Beamdog forum-goers!📢Starting on November 8, our forums will be unavailable for a few weeks while we migrate to a self-hosted site.


Exploring something new (an attempt to do an evil playthrough)

JuliusBorisov Member, Administrator, Moderator, Developer Posts: 22,070
May 2019 edited May 2019 in Challenges and Playthroughs
It's not easy to find something new in these games when you have hundreds of hours in. But I plan to come back to BG, as "the realms call, and you go."

So, I've had an idea. What if I attempt to put more PRing into the run, and RPing as an evil character. Inspired by good runs by @BelgarathMTH, @Arvia , and others, I've decided to create an unusual for me group of characters, and will try to make decisions according to their ethics.

The main character will be a necromancer who can only scribe necromancy spells. All other spells can be cast from scrolls only. For the first level, she went with Larloch's Minor Drain and Chill Touch.

The group which will support the necromancer (neutral evil) consists of:
- a blackguard (chaotic evil)
- a cleric of Talos (chaotic evil)
- an assassin with points into Set Traps (neutral evil)
- a sorcerer (lawful evil) whose spell picks are spells which can be looked at as "evil". I'm not sure about exact spell choices, but Blindness, Spook, Chromatic Orb descriptions suit the evil ethics. In the same way, clerics' Command literally makes enemies "die" (sleep)
- the final party spot will belong to NPCs so that I could complete quests

I won't use "good" cleric spells, such as Cure Wounds. So healing is only possible via potions and spells like Larloch's Minor Drain (thanks to @Tresset's quick fix from here). But I think I can use spells like Protection from Fear - evil characters shouldn't be affected by Fear (as the blackguard kit ability confirms).

If you have further ideas about how to pursue evil ethics in terms of spells, I'd be happy to listen.

Meet Mara, Czernobog, Eruína, Grim, and Nav'. All stats are taken "as is" - no adjusting, which helps create realistic stats. As a consequence, my blackguard will need Dex bracers, and my sorc has the second highest STR in the group. 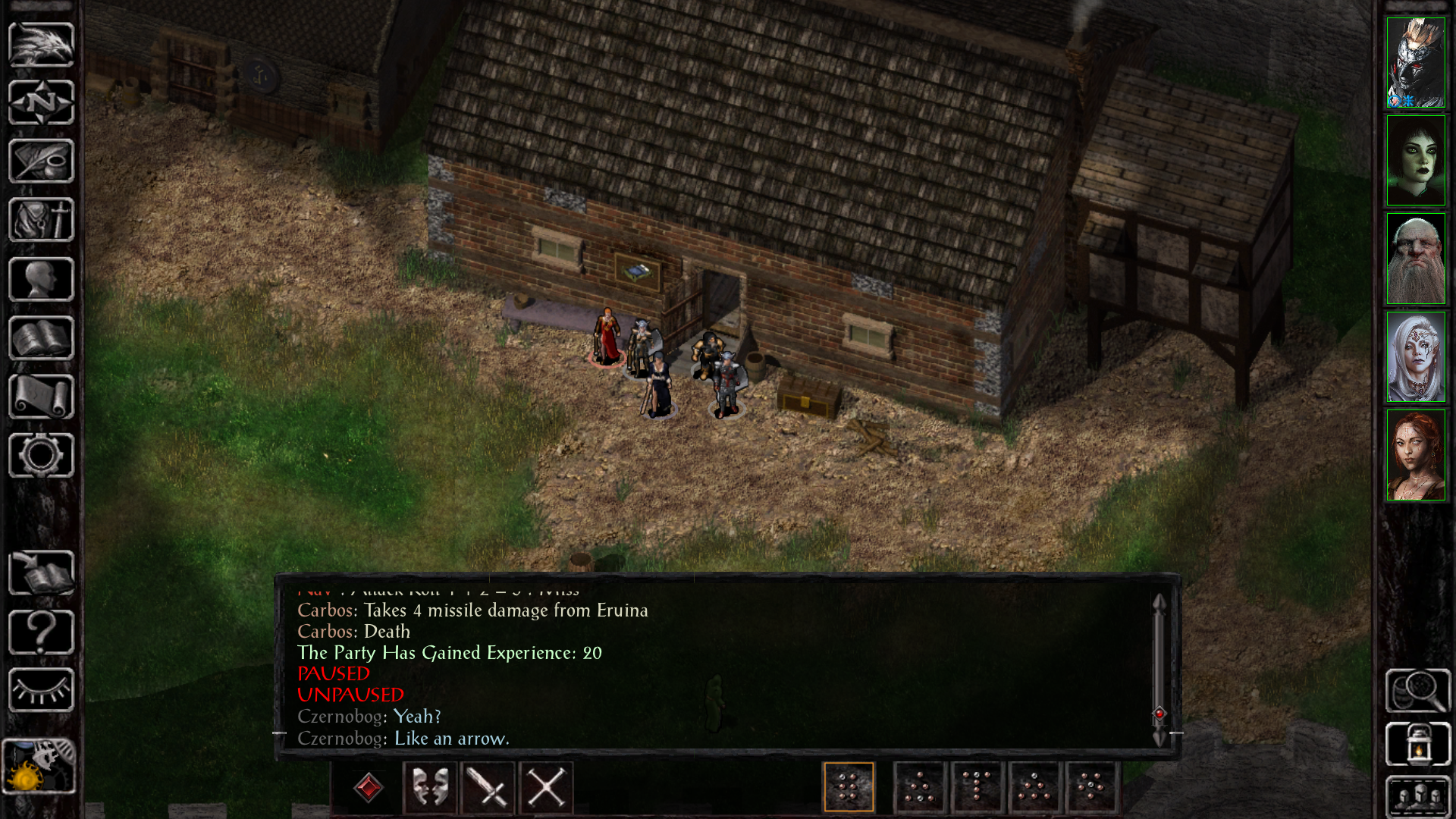 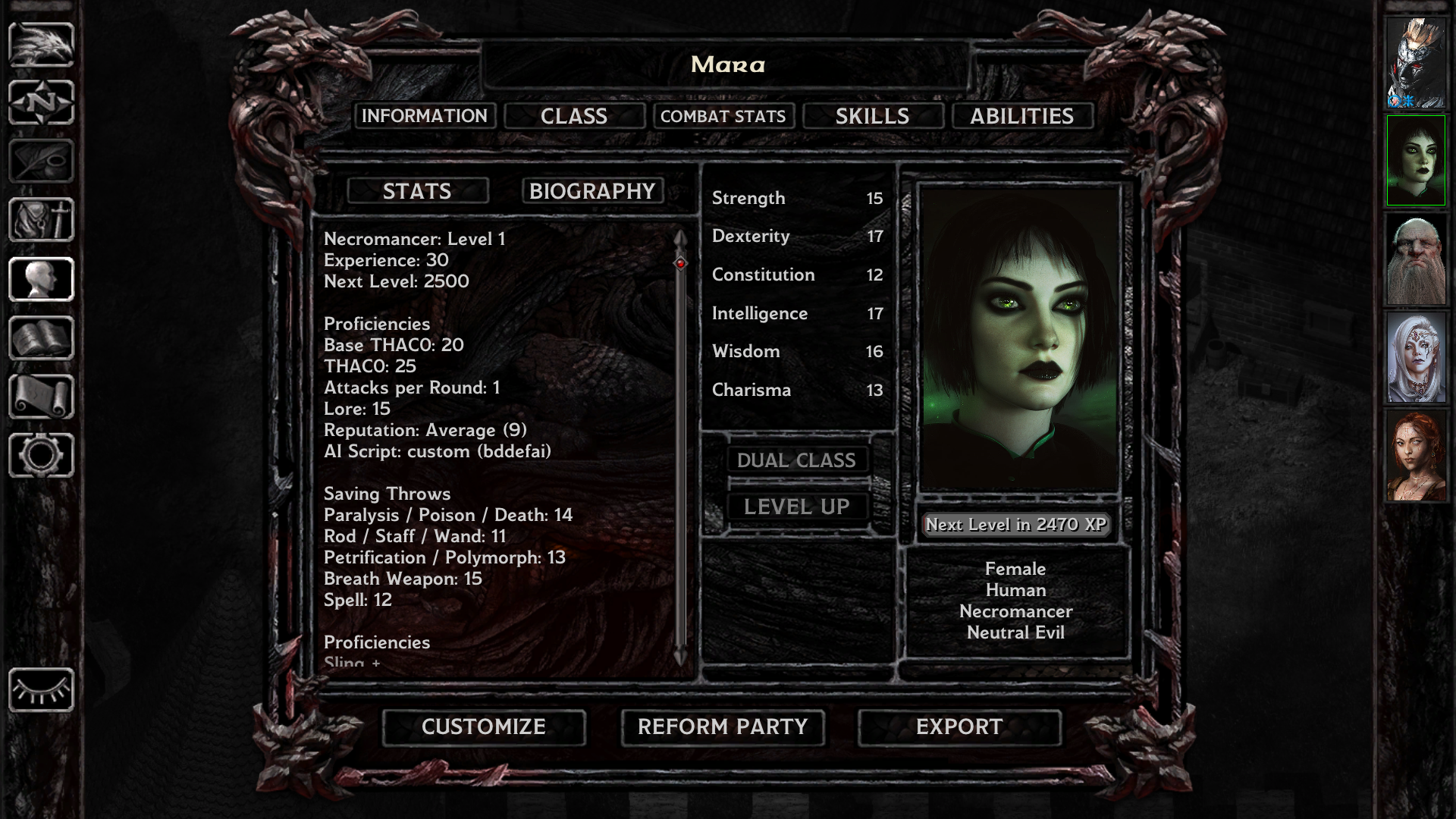 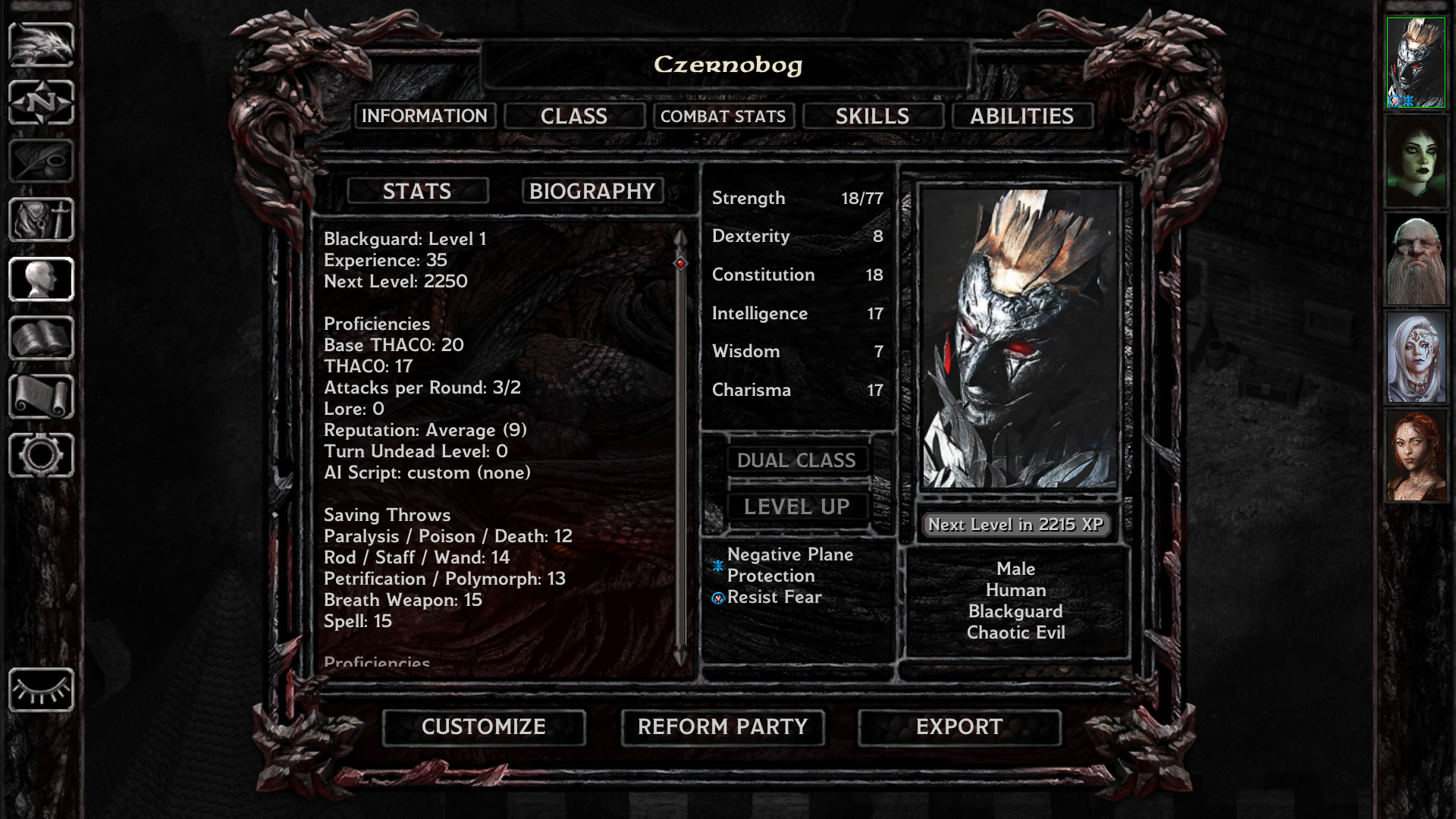 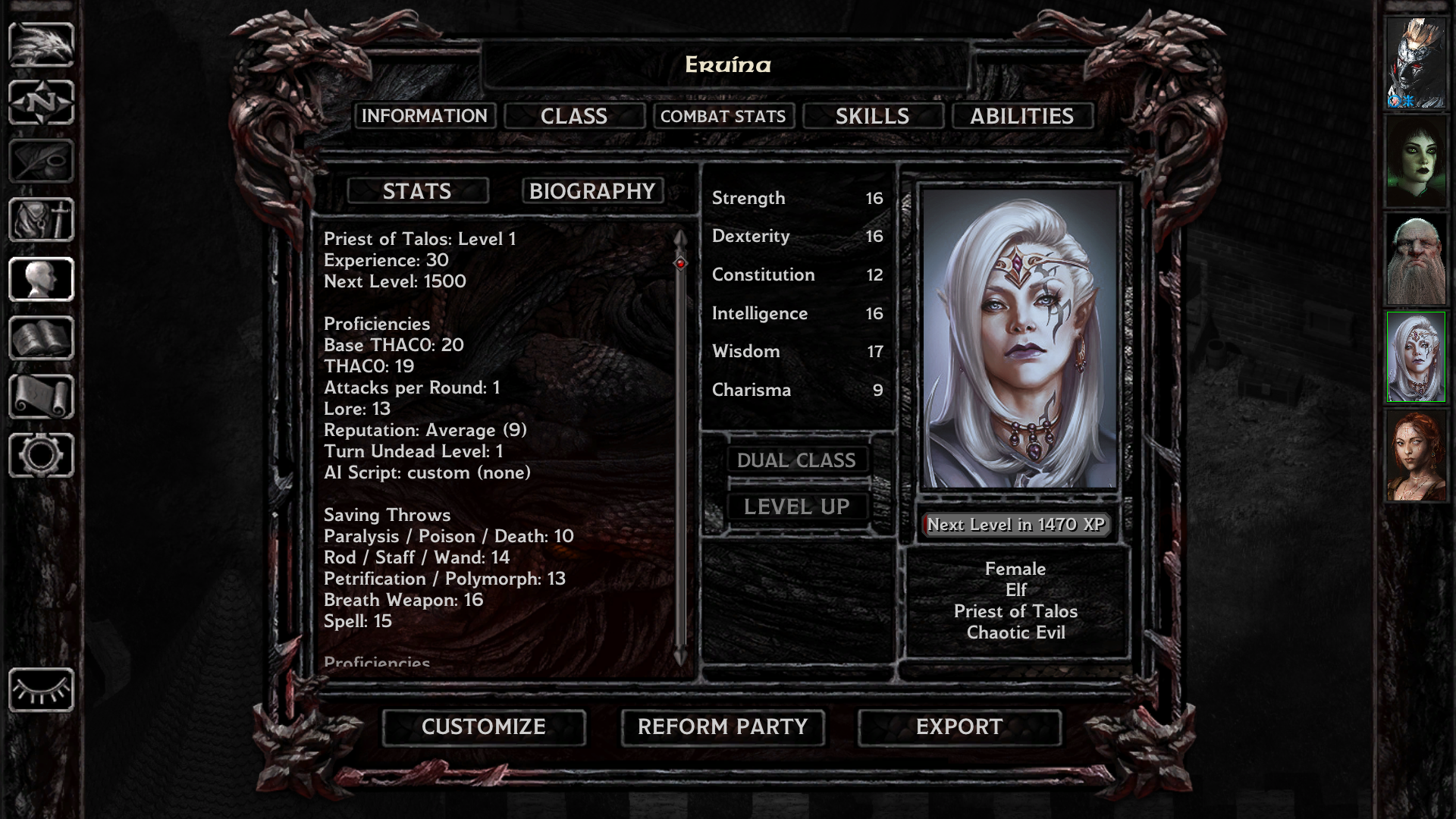 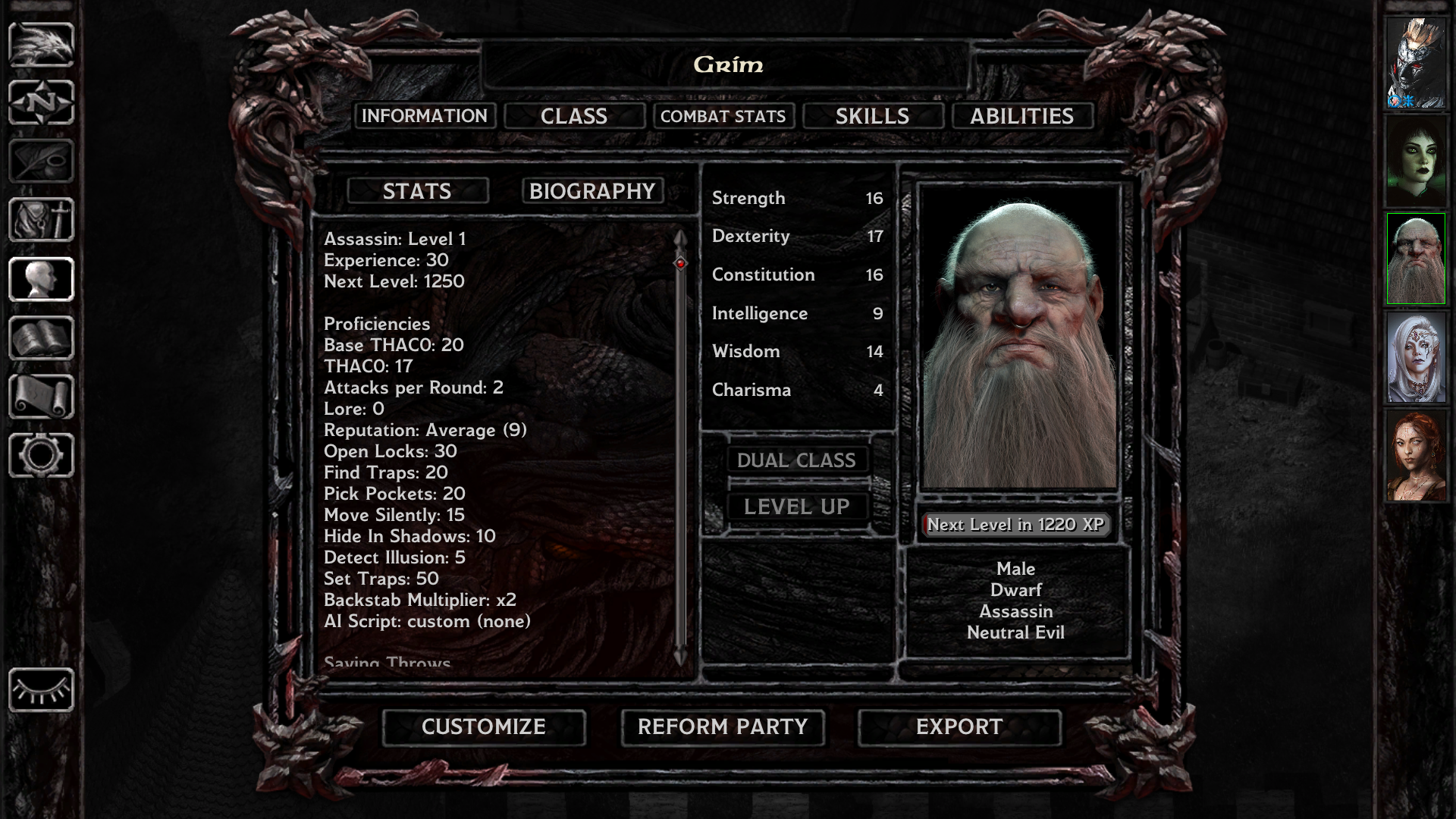 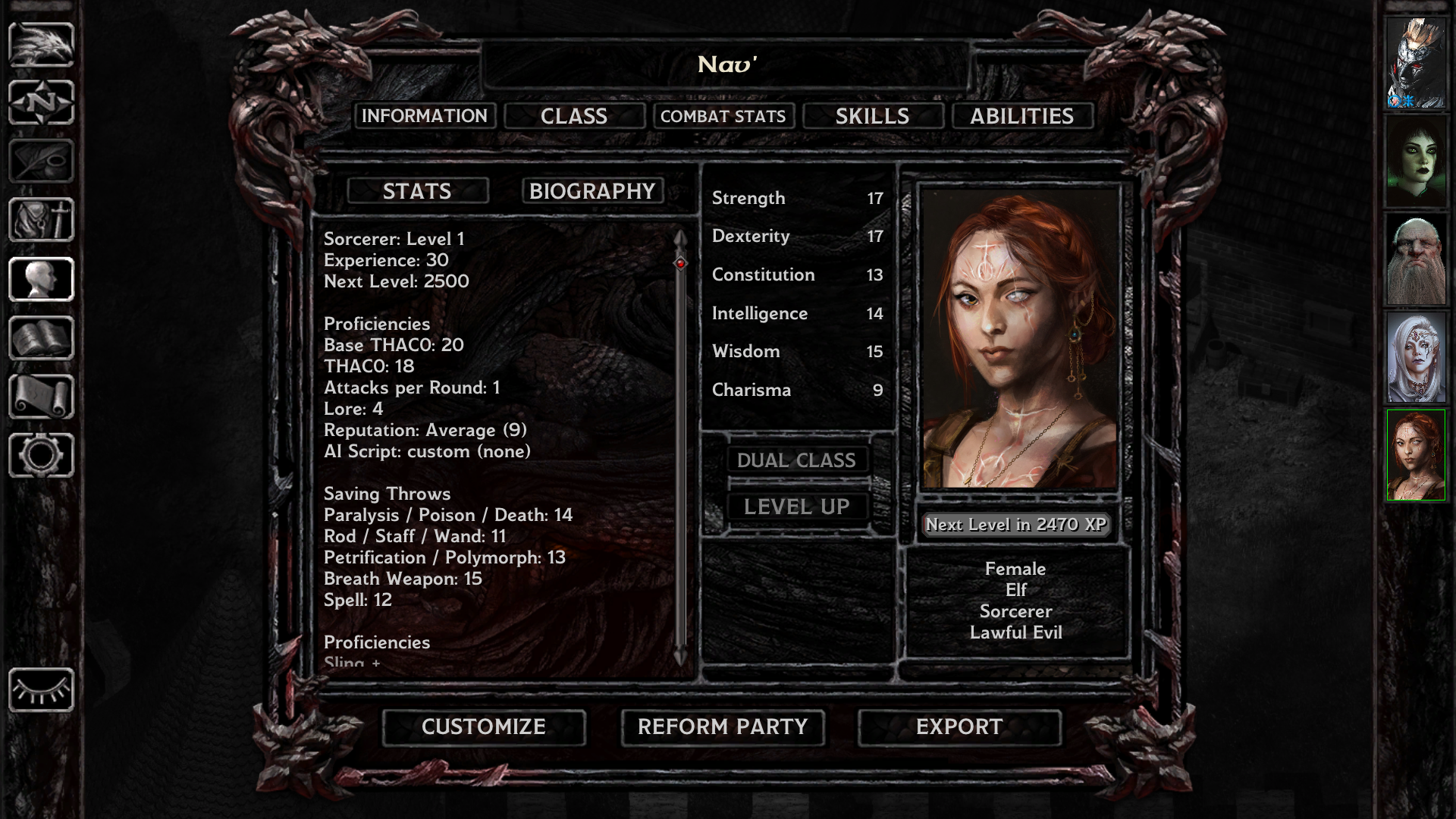 With 50 points in Set Traps, Grim managed to set a trap next to Fuller. Mara saw the room was full of chests with potentially important weapons and Fuller carried a nice armour himself. A backstab from Grim failed, but Command worked, while Spook affected the Watcher nearby. Mara's Chill Touch finished the Watcher (because he was shredded to ice pieces all the items were lost), while Fuller didn't recover from his sleep. 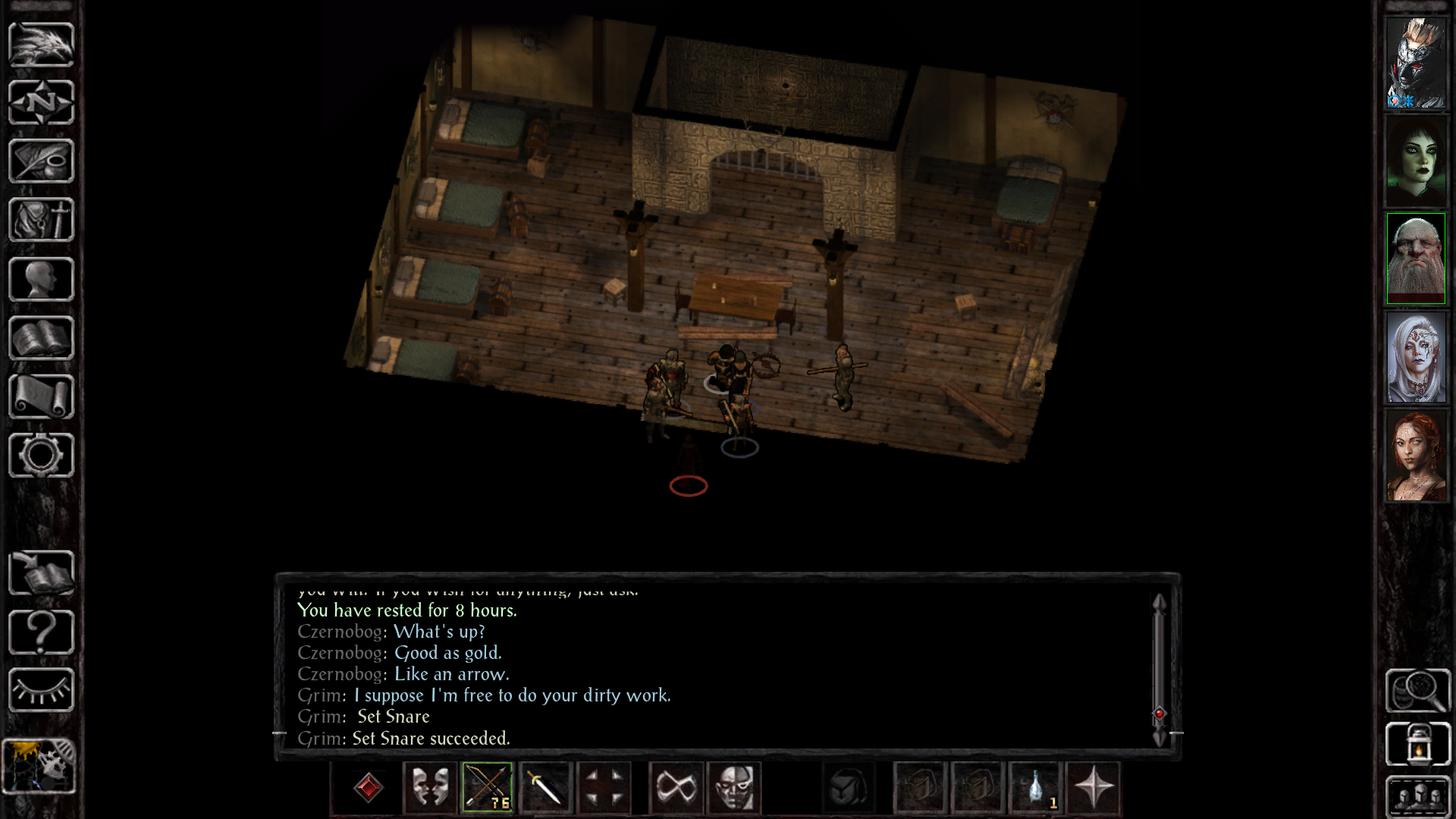 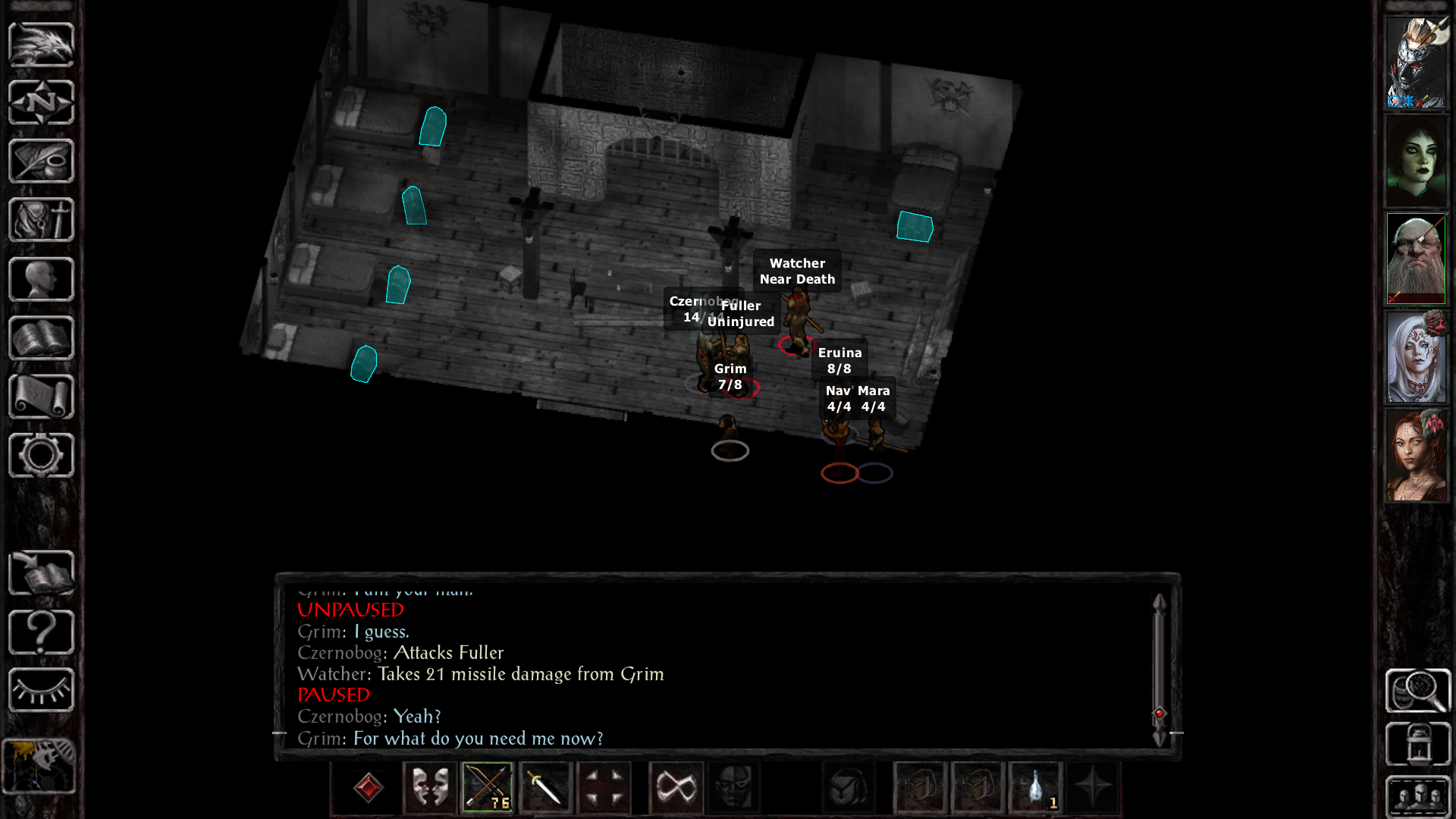 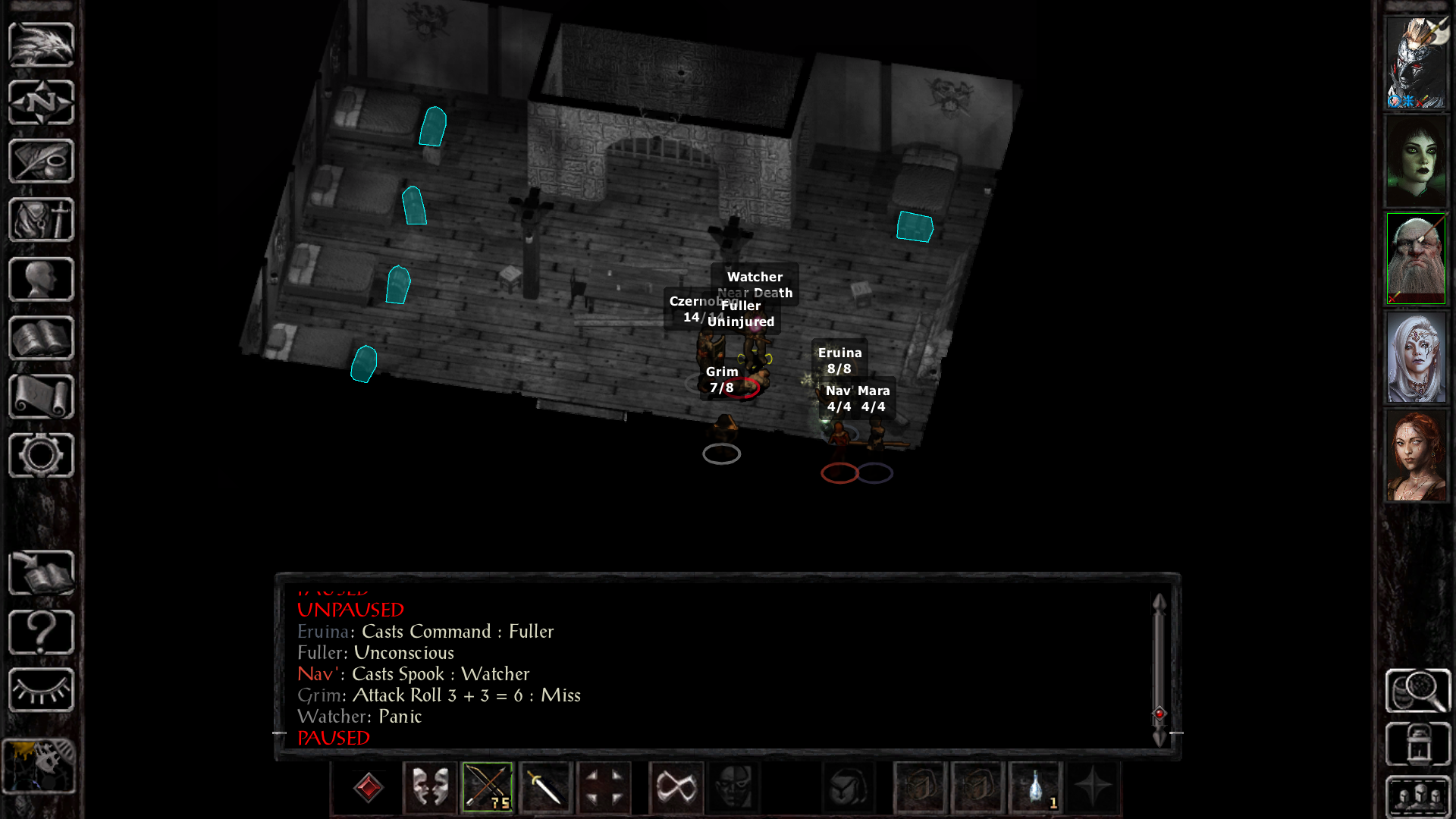 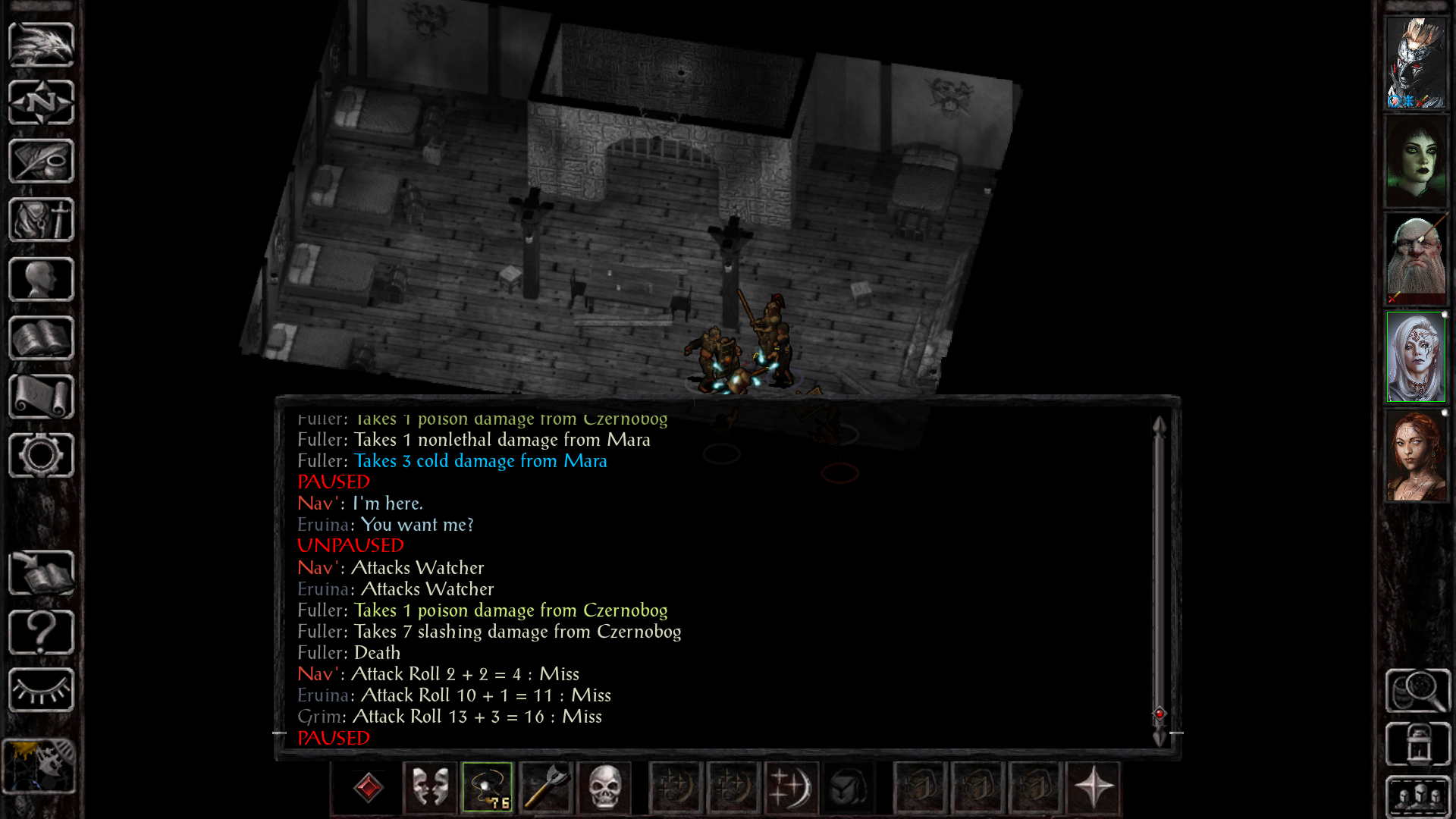 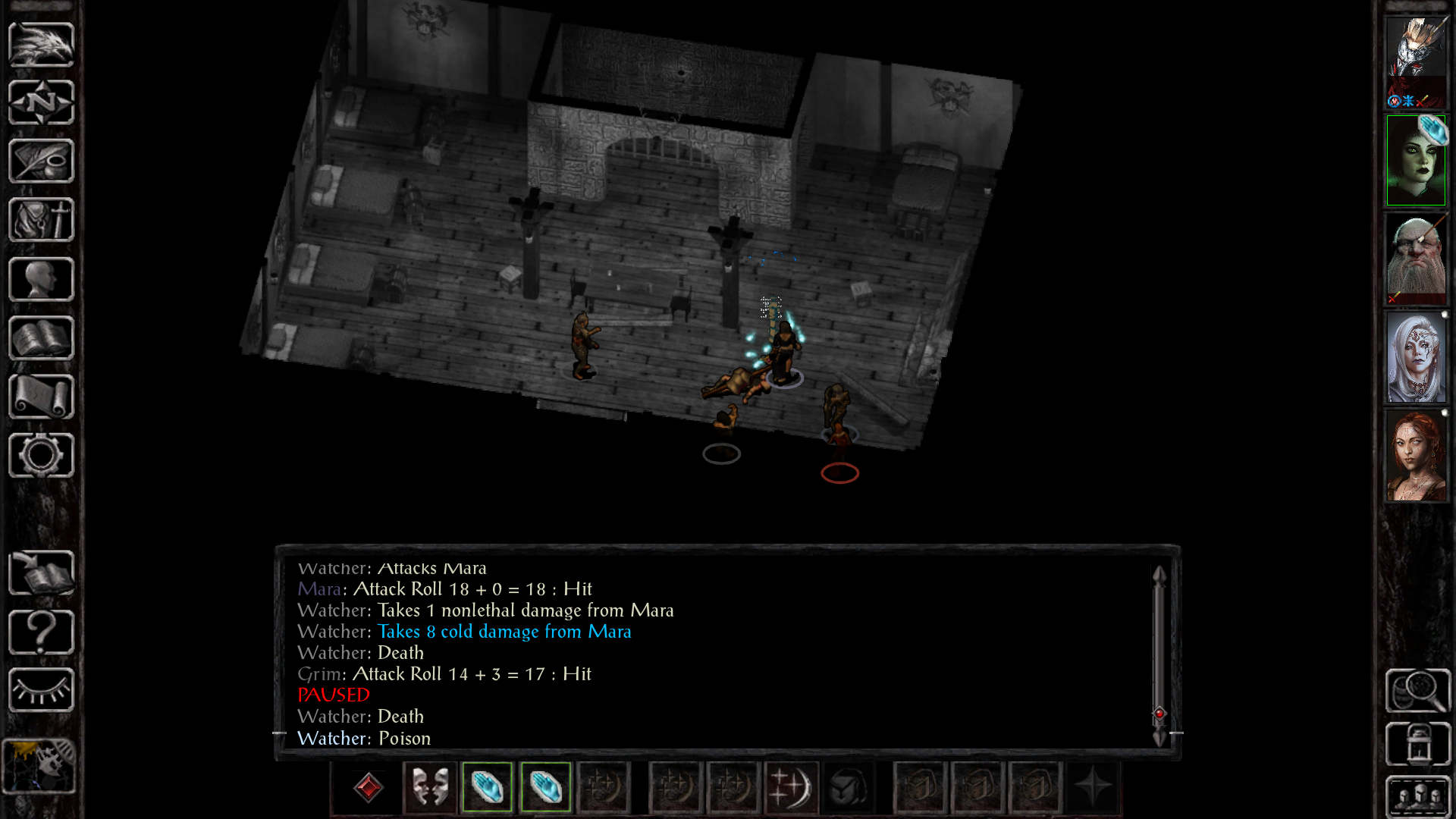 I already can feel the difference - this is the first time ever I used Chill Touch! And the party reputation is 3. 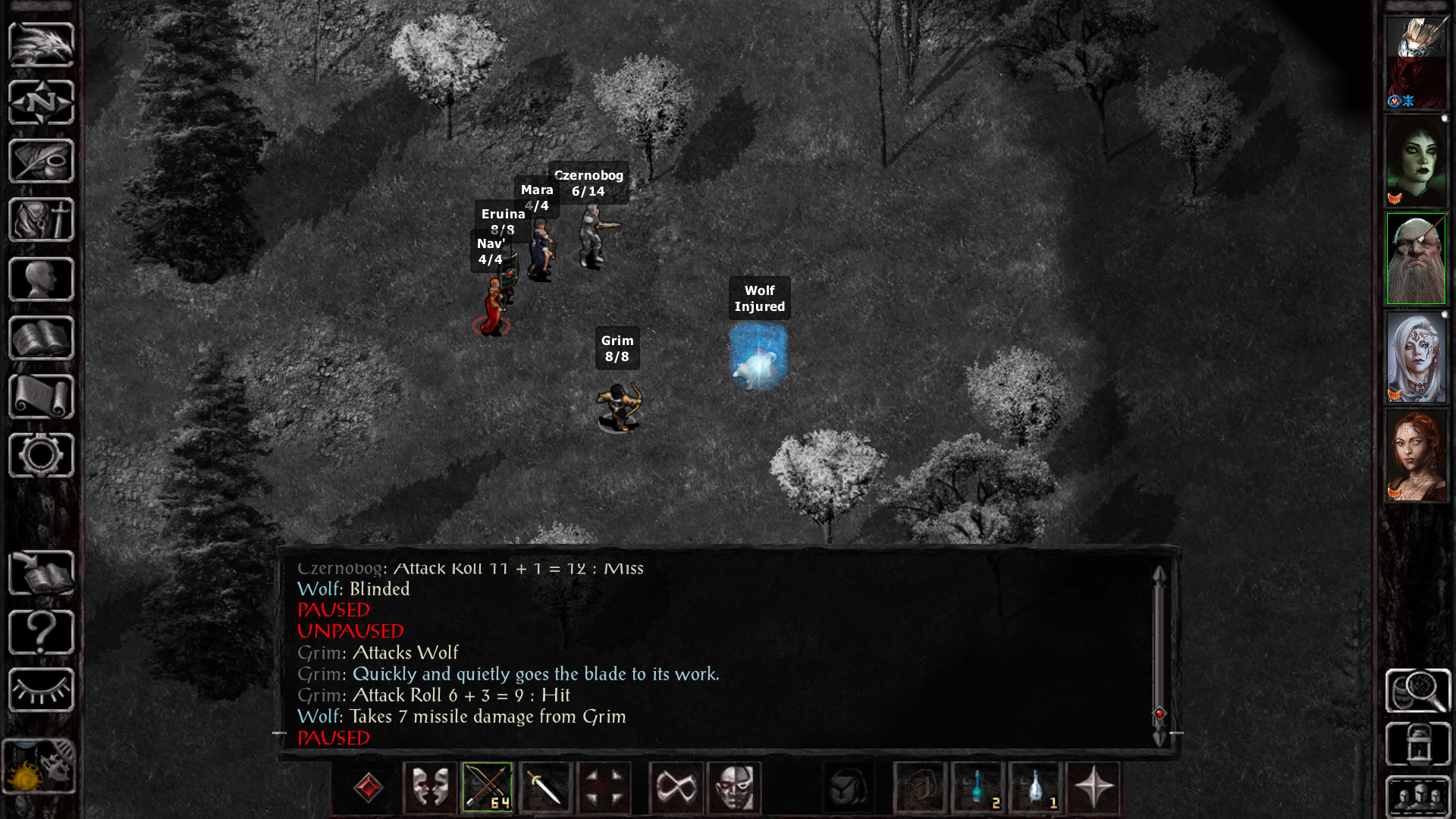 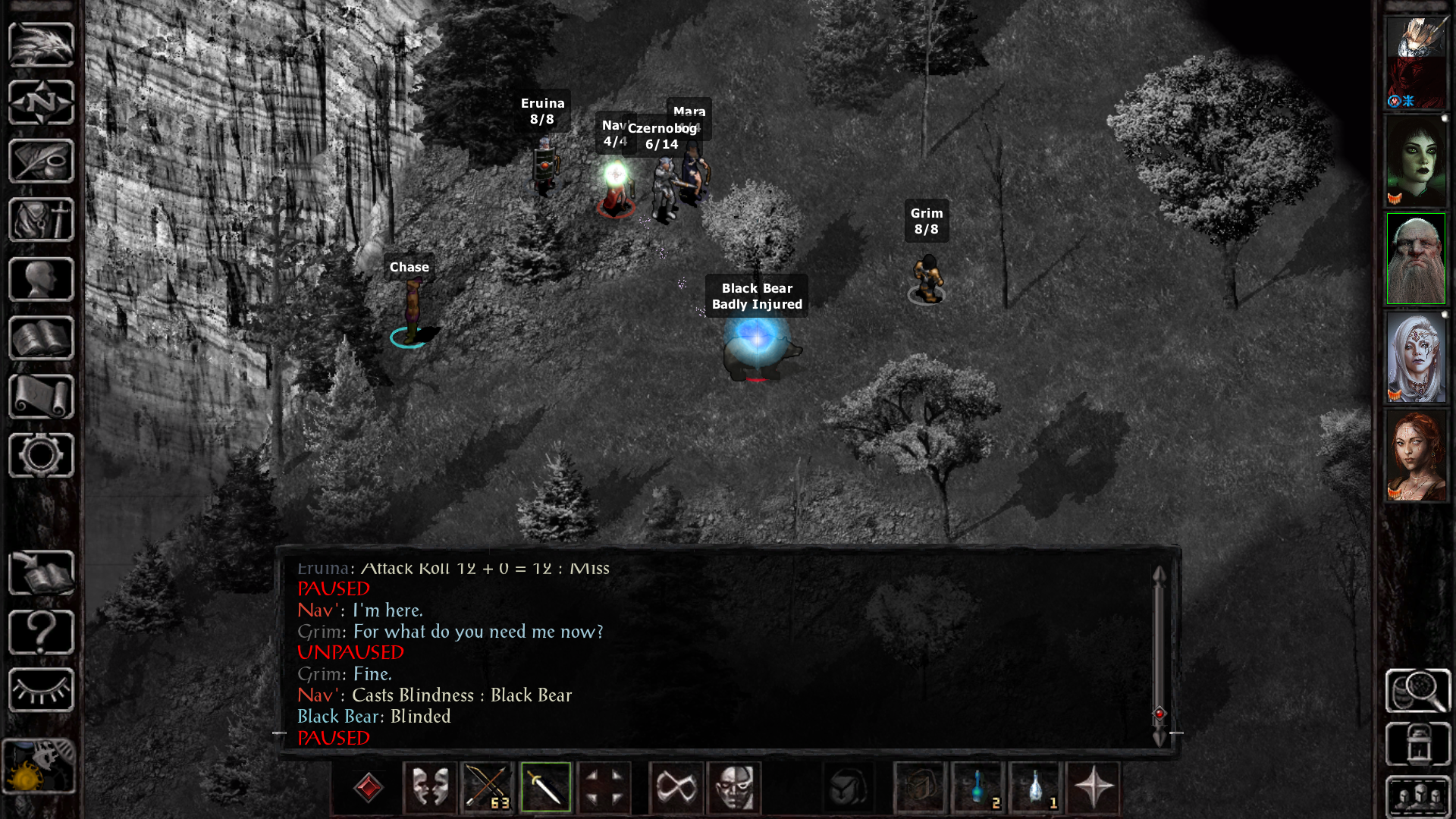 Tarnesh failed his saving throw against Command, with Poison Weapon already activated by both Czernobog and Grim, and Spook flying his way. 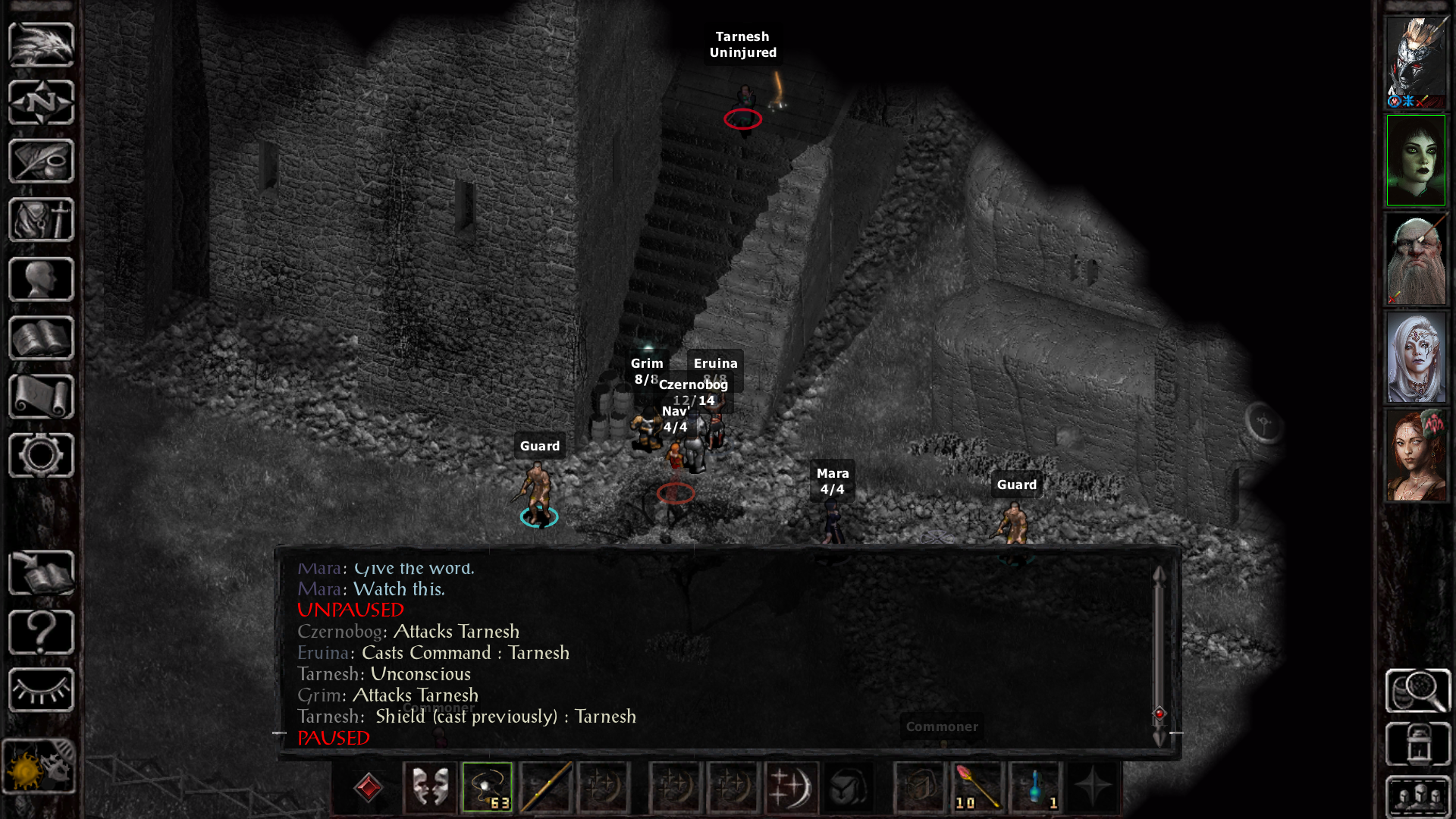 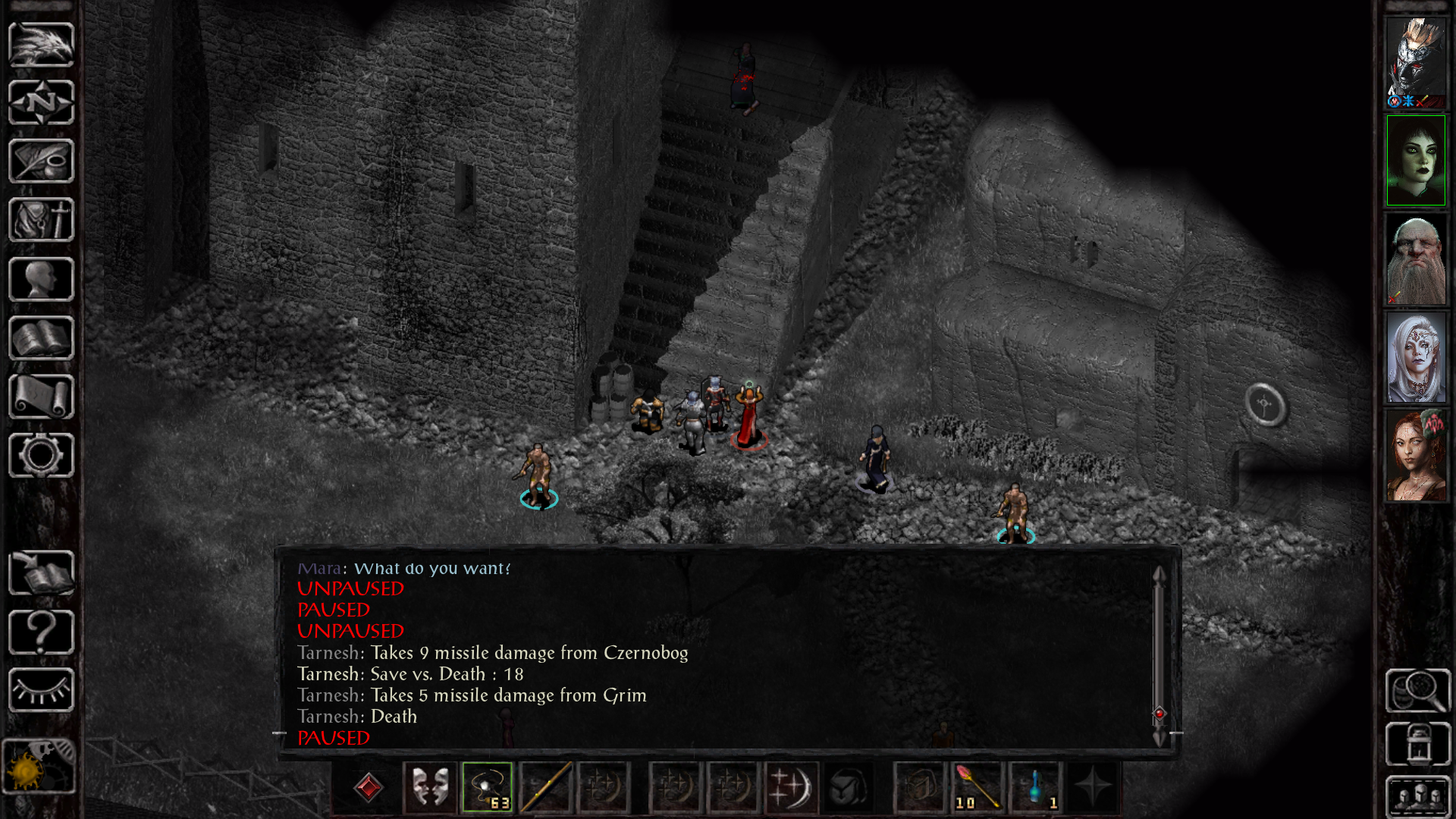 No help for Joia. Turns out she says "I'll find help elsewhere" and just leaves, letting you loot her chests. 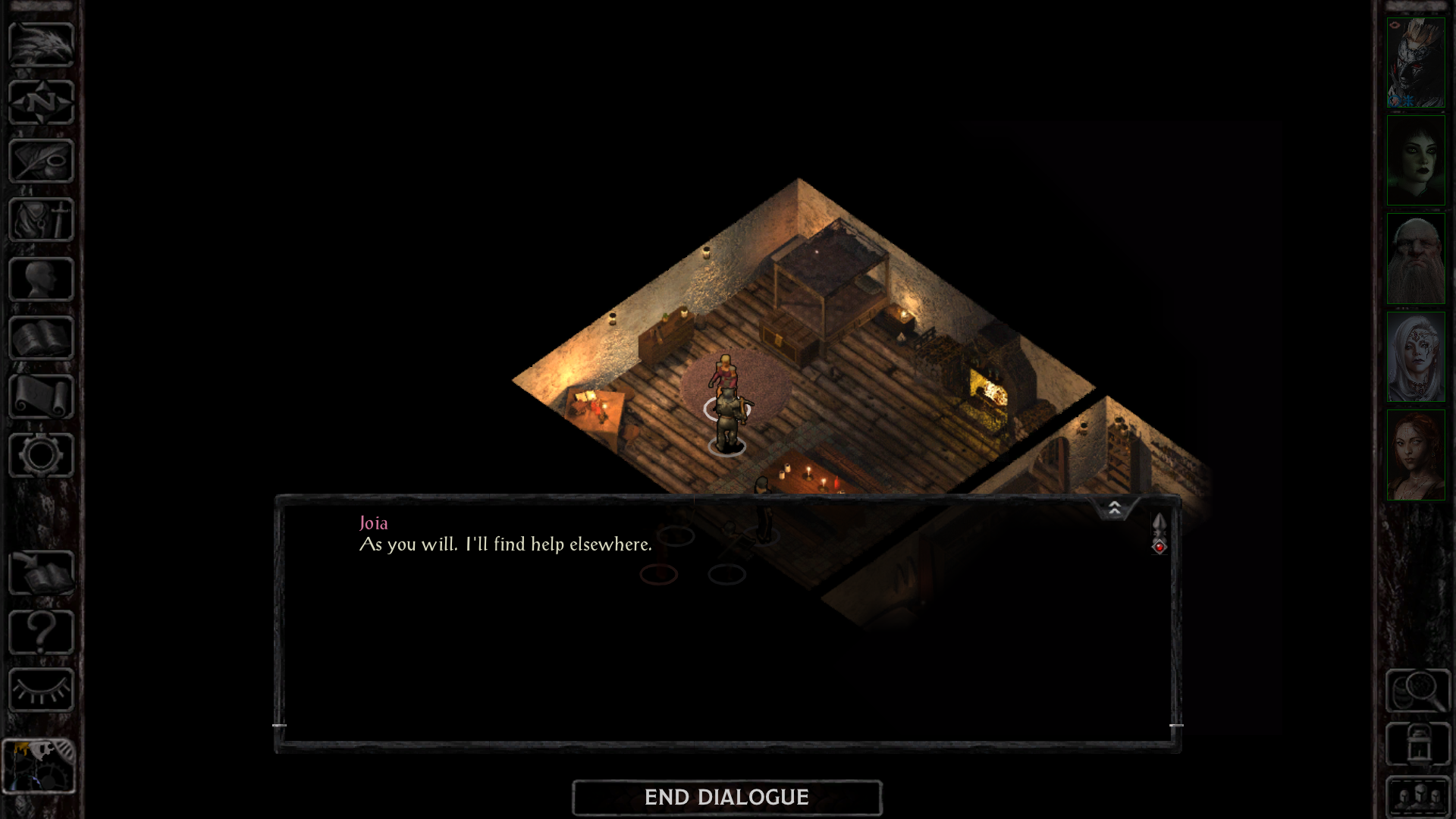 Marl hit hard in melee, so Eruína frightened him with Spook. 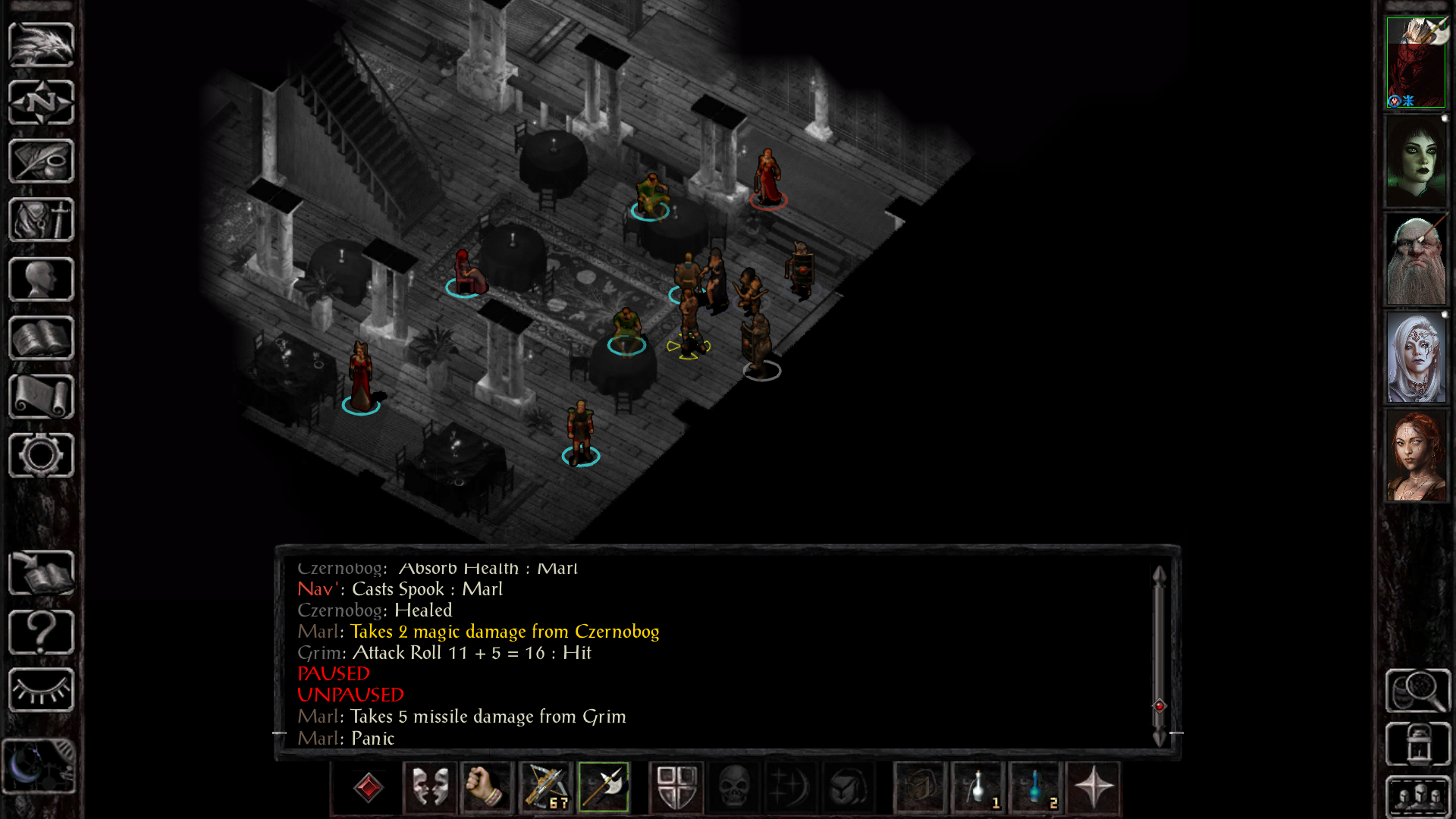 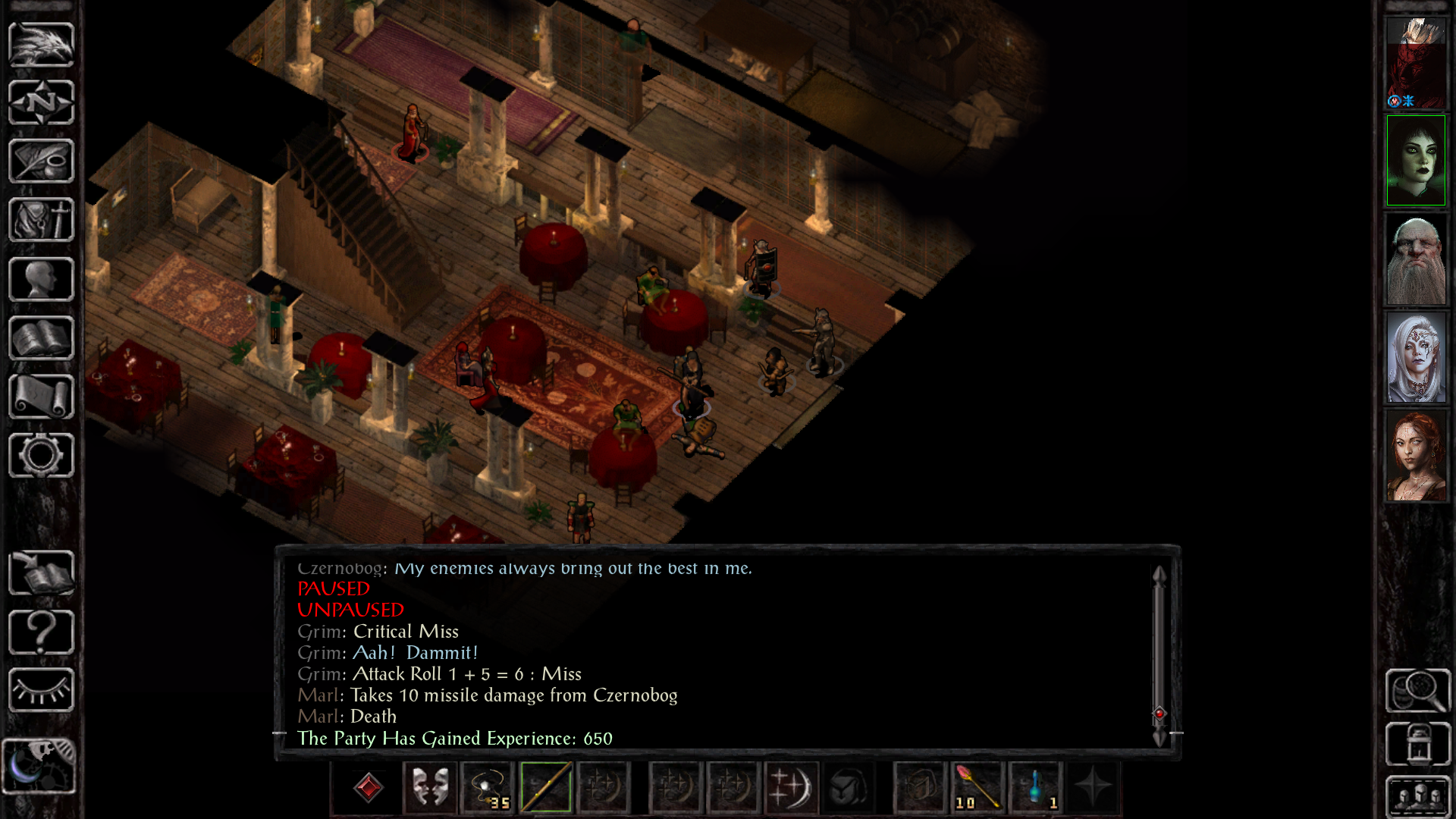