Currently I am converting my original TIS files to PvRZ files, but the water overlays are not converted correctly.
I created the overlays for the „classic“ game, and the water looks good and fills in every gap, even between the planks of the bridge: 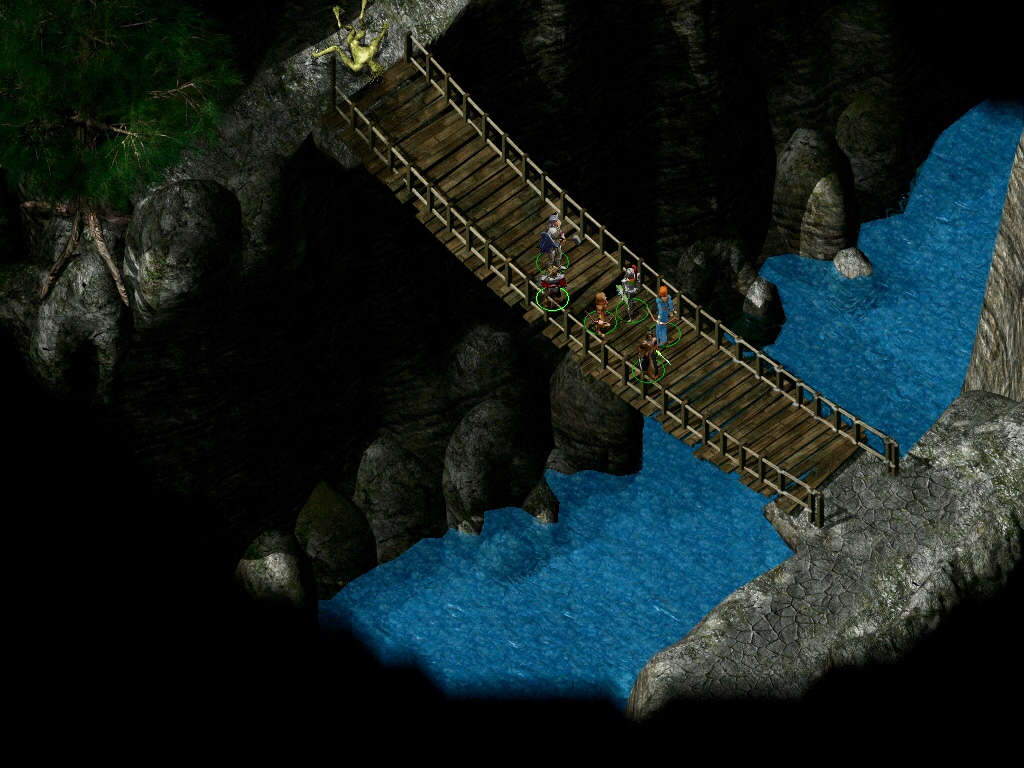 After the PVRZ conversion, however, only the "full" tiles appear to be flooded with water. 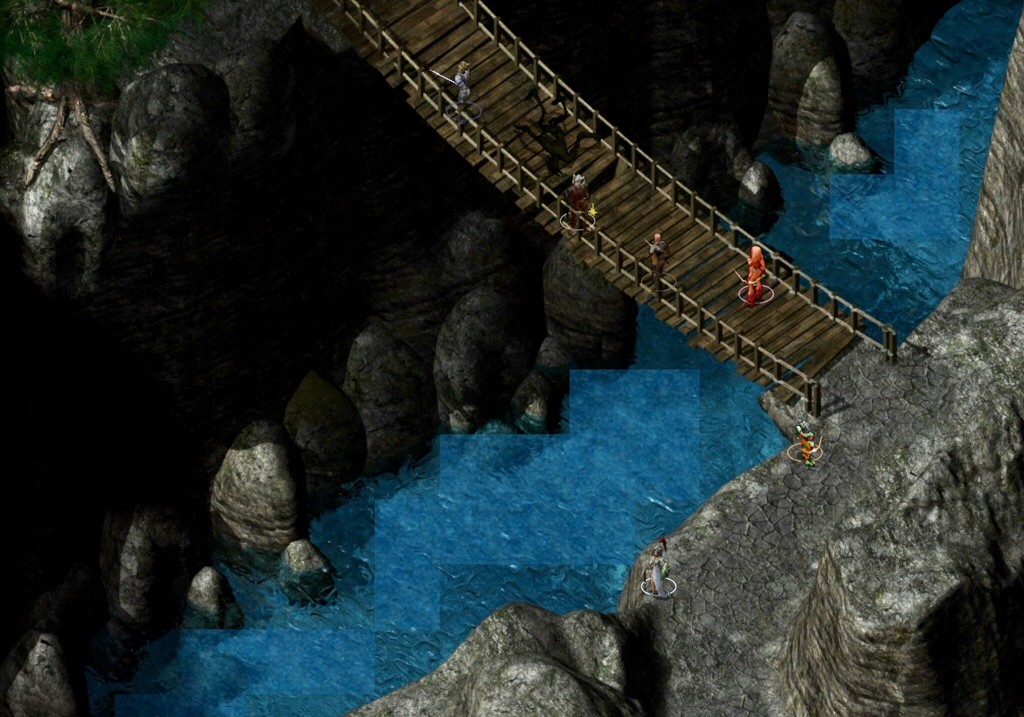 I don‘t know if I did something wrong during the process of conversion or it is just another pvrz-EE-thing like the horizontal lines that sometimes show up between the tiles.
There was another thread that already mentioned that problem:

kiski wrote: »
But I found that the bridge area in not working as intended in Enhanced edition due to new TIS and PVRZ format - during the conversion in NI water overlay get screwed. Probably I know why, but have no time to correct it, because it would involve to create new "closed" tiles that represent cutted borders around the obstacles like rocks and bridge itself.
I wonder how beamdog converted original areas...

But - I have no idea how to fix it.
Overall, it would be a lot of work to start over from scratch by recreating all these overlays for the EE-Wed file.
Any help or advice would be appreciated!