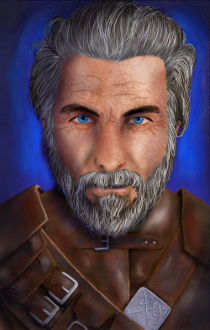 Free a powerful warlock from his imprisonment and venture with him on a quest to find the lost Nether Scrolls.

Discover a new way of unleashing arcane energies with a brand new thief kit: The Warlock.

Quickly travel vast distances across the Plane of Shadow if you dare to brave its desolate environs.

Relax and store your equipment in a planar safe haven. Unlock new features and forge alliances in this astral stronghold.

Brew potions and craft powerful artifacts to enhance your strength and devastate your enemies.

Ayden is a mysterious warlock that's been magically imprisoned on another plane for decades. You will originally encounter him in Ulcaster Ruins, struggling to find his way back to the prime material plane. Should you help him, he will become a loyal companion and friend to you and will open up a world of new opportunities.

Over time, you will get to know many things about him, his past, and the place he comes from, which will affect your actions and perhaps even the way you perceive the world around you. Where will the road ultimately lead you as you approach godhood on your quest? Who will you put your trust in?