Loldrup Member Posts: 291
September 2016 in Troubleshooting
I just freed Nalia from her capture, and she has returned in a wastly overpowered state:
A level 22 mage / level 16 thief, with 232 hitpoints.
What is going on here..? 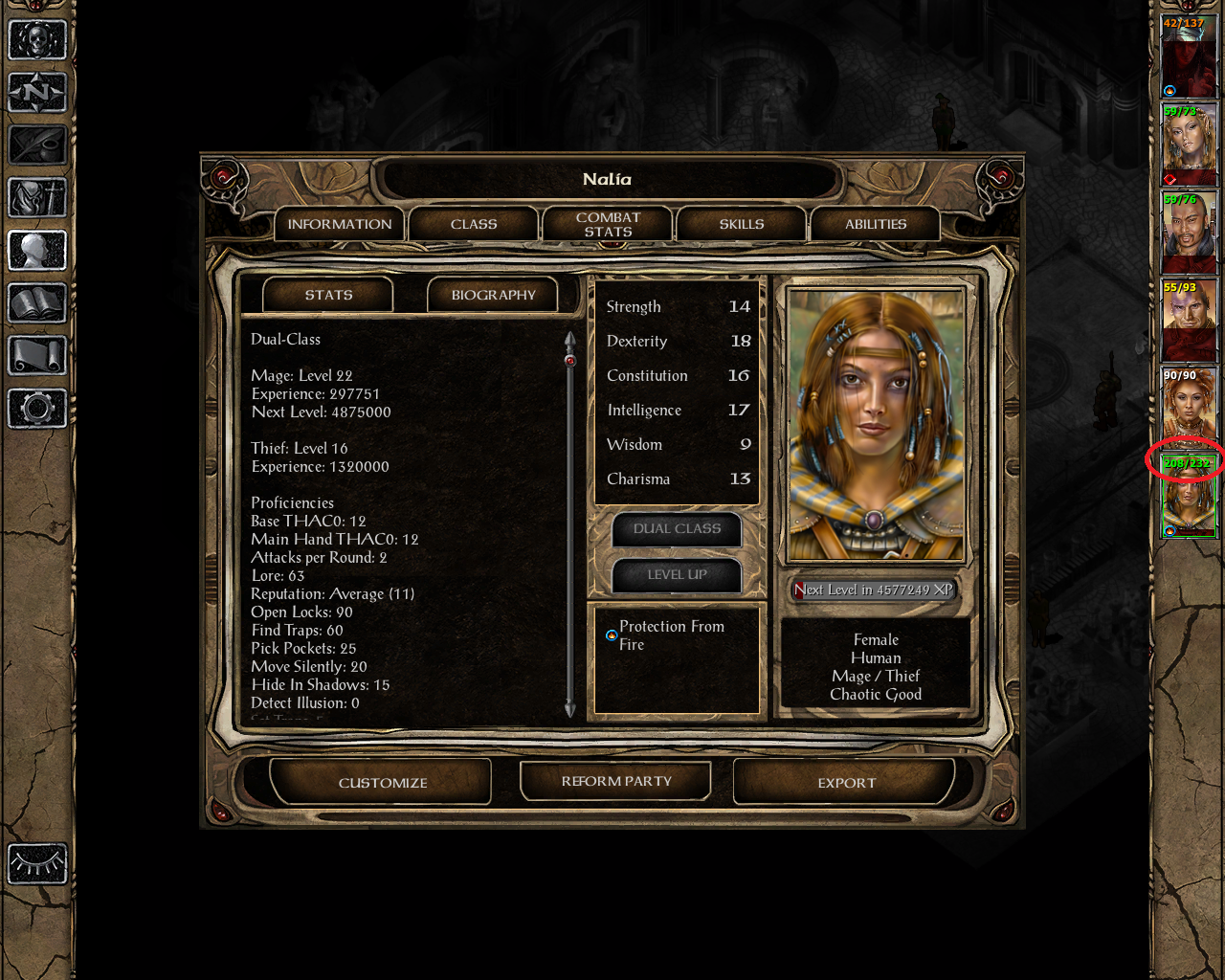