Agenda for Tolerance in Neverwinter Nights 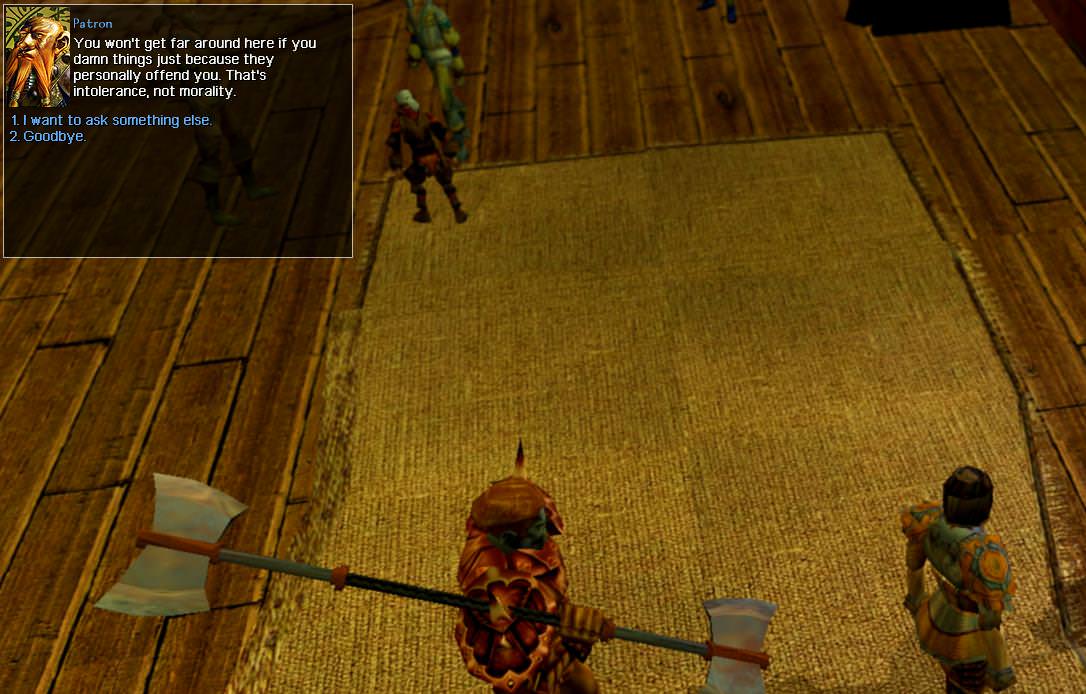 Neverwinter Nights explicitly tells you that it is intolerant if you damn things just because they personally offend you. And that that is not a matter of morality.

While this does not specifically mention LGBT topics, it does not explicitly exclude them either.
So you COULD apply that message to more tolerance for LGBT people or more tolerance in general.

So Neverwinter Nights can be seen as having an agenda. It is NOT the same as in Siege of Dragonspear of course, but it is there nonetheless. Don't tell me you don't see it. It's just more subtle. Maybe just so that you wouldn't notice.

I am shocked by this discovery and I will take the next few days to consider if I can go on playing the game. The game forces its view on tolerance down my throat. I do not have the possibility to tell that patron that he is wrong.

What about you? Will you stop playing the game because of this?

Maybe there is even more content like this in the game. Do you know of any?
I don't want to be lectured on tolerance by a video game!

Imagine that patron had been in Siege of Dragonspear. Beamdog would have been ripped apart for it. Don't just overlook this incident because it may be in one of your favorite games!