meagloth Member Posts: 3,806
June 2014 edited June 2014 in Challenges and Playthroughs
Right, here goes this. I'll warn you I've never gotten past Tarnesh without reloading before, but what the hell.

This was inspired by @CrevsDaak‌ in this thread when this happened:

Ygramul:the engine forces us to play the cream of the cream among humans

Sethdavis:Well, you could play a 9/3/3/3/3/3 fighter by deallocating points and hitting done with them in the pool... if you were feeling masochistic. 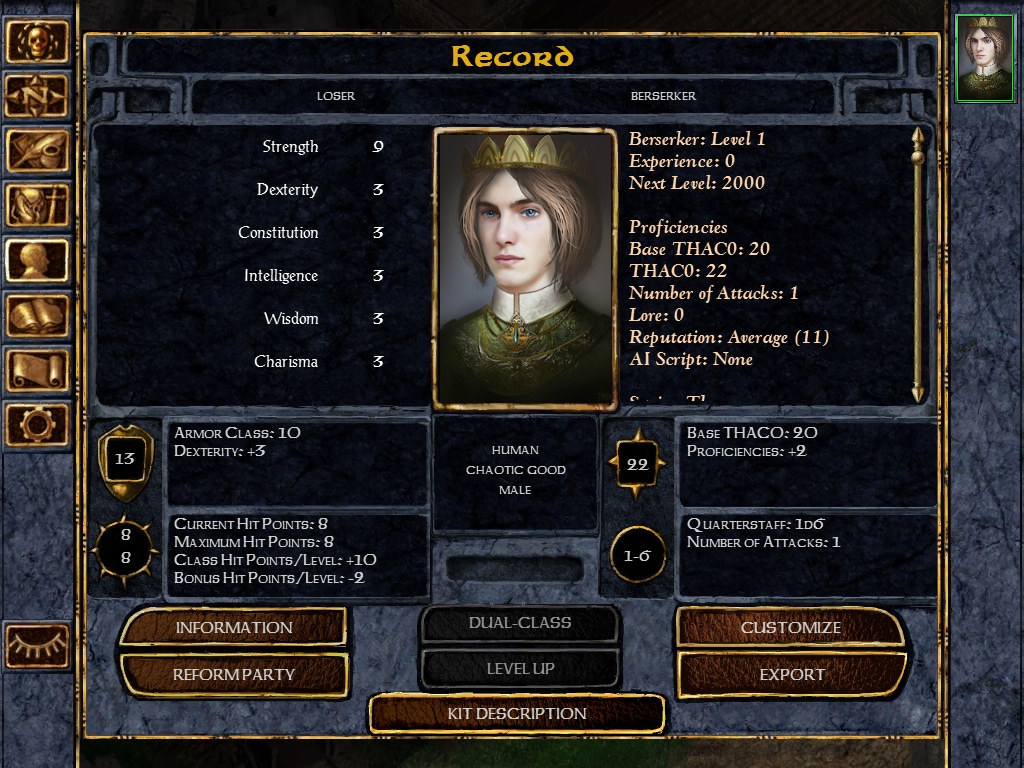 So here it is, people! I decided to go with a party, and make it no reload. No-reload just seems like a purer challenge than a just trying to get lucky with Tarnesh over and over again for an hour.
Post edited by meagloth on June 2014