Introducing a new mod, inspired by The Complete Book of Elves, Elves of Evermeet, and other 2nd edition handbooks: Eldritch Magic!
Features include kits, items, spells, and much more. Comments and feedback are strongly encouraged. Please report any bugs to me.
Now compatible with BG[2]EE v2.0+

Congenio's Pebble Collection
New Component: "Congenio's Pebble Collection" - Allows multiple Ioun stones to stack without using any equipment slots, as per PnP. Ioun stones can still be worn as helmets, and if used in the equipment tab, will "float" around you giving you the benefits of the stone and a free helmet slot. Simply use an innate ability to reach out and grab the Ioun stone you wish to remove from orbit. This can be quite powerful by ToB.
Wong Fei's Ioun Stone now also has same usability as all other Ioun stones, excluding Malla's Soul Stone, which still excludes Good-Aligned users. 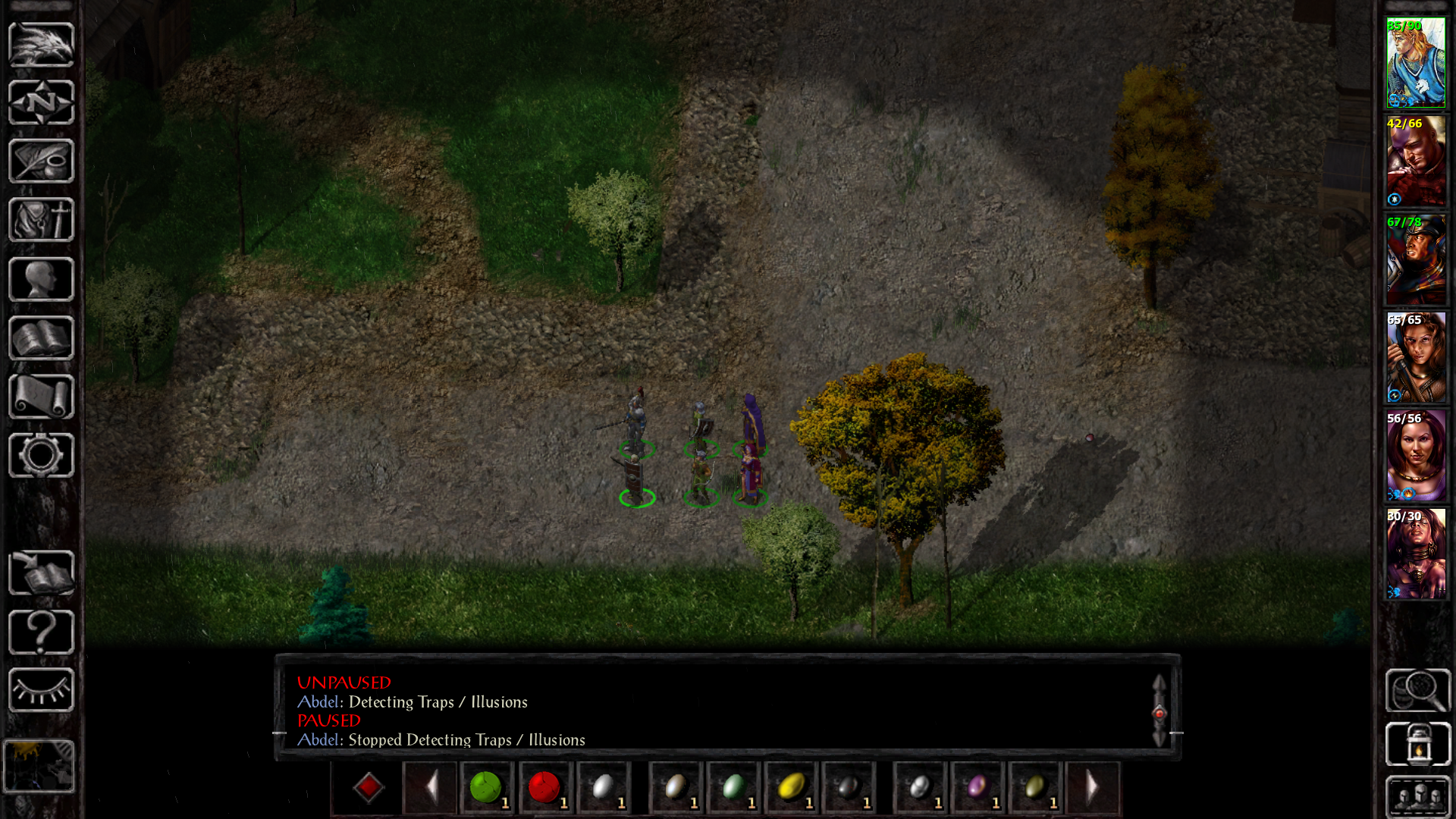 WARNING: Ioun stones that use Opcode "Stat: Maximum HP Modifier [18]" work differently than others. In order for the HP modifier to be removed when the Ioun stone is, the HP modifier cannot be saved and loaded. In other words, if you save with the Pale Green Ioun Stone and/or Wong Fei's Ioun Stone equipped in orbit, you must equip them again upon loading to receive the HP modifier.

[v1.68] - Further improved Bladesongs! Bladesingers are meant to stick to robes/elven chain and single weapon style, but as a fighter/mage kit, they were able to perform their powerful bladesongs in cumbersome full plate and heavy tower shields. No more! Bladesongs are now properly limited to Bladesingers in armor no heavier than chain mail so long as they are wielding a single one-handed melee weapon and have one free hand. Splint/Plate, ranged weapons, 2H-weapons, shields, and even hand-to-hand combat will disable bladesinging, removing its effects and preventing its reapplication until proper weapon/armor requirements are met. Courtesy of @subtledoctor.
- Revised abilities for Herbalists & Priests of Mystra, improving balance as well as kit usefulness.
- A few components shifted groups (but not component numbers) to maintain a minimum number of component groups.
- Bug Fixes: Multiple strref fixes, including War Wizard's innate ability descriptions.
Removed all instances of 'sod' under REQUIRE_PREDICATE GAME_IS, due to the fact that IWDEE does not yet recognize that game.
Fixed multiple Ioun stones for IWDEE. Also replaced 2 SoD Ioun .BAMs with closest matching images from compatible games.
https://drive.google.com/open?id=0B3oh7euE-ND2S3hCRXNHeHRqQm8

[v1.66] - Bug Fixes: Multiclass kits will now function properly for class abilities of level 10 or above, all credit to @Aquadrizzt.
https://drive.google.com/open?id=0B3oh7euE-ND2SWNuV21pdUZOSEk

[v1.65] - Bug Fixes: Resolved issue with Priestesses of Lolth being unable to talk after shapeshifting out of spider form.
- Fixed minor typos.
https://drive.google.com/open?id=0B3oh7euE-ND2SVhvMUwxTjR4Tjg

[v1.11] - Removed 25STWEAP.2da made unnecessary with patch v2.1.
- Disabled Alpha components for IWD2 & PS:T.
- Slight changes to custom races. Tiefling should work in BGEE, SoD, and BG2EE. Vampire should appear in BG2EE, but has no selectable classes. Removed changes to IWDEE racetext.2da.
https://drive.google.com/open?id=0B3oh7euE-ND2Y0FUSXFUWVhoRnc

[v1.1] - Bug Fixes: Abyssal Warrior's level 1 free weapon now created in inventory.
- Changes: Windrider's mount only usable outdoors. Now has no casting time like other non-magical innates.
- Other: XP Cap Removal added to HLA component. Tiefling added as a playable race, essentially just an Elf with different string references. Only an Abyssal Warrior can be a true tiefling with all racial traits.
https://drive.google.com/open?id=0B3oh7euE-ND2Z3MwUVlsaFMtRXM