billy_pilgrim Member Posts: 116
May 2017 in General Modding
I was halfway through BGI with my solo fighter/thief when I decided to put points in set snare, because its useful. Now, every time I set snare it just says set snare:charname in the dialogue box but not the succeeded/failed part which happens after you roll for success or failure. Is it possible a mod changes the way snares work or something? I'm playing on a BWS install of EET but mostly just ai and tactical challenges.
this is what it looks like in game: 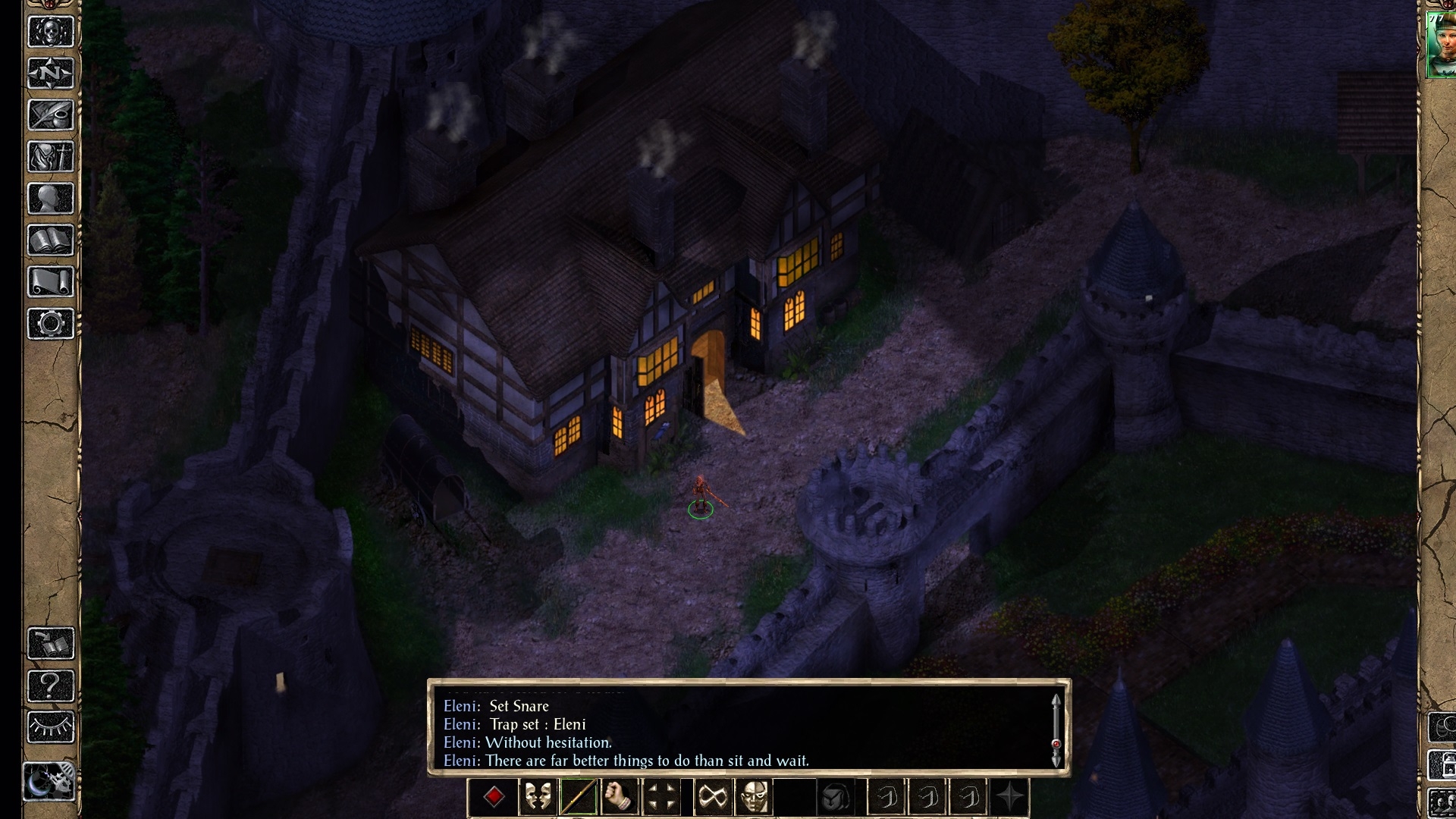 I also shadowkeepered a thief with 100 set snares to see if that was the problem, as wel as loading and reloading a bunch of times, setting a snare each time to see if it worked (it didn't).

When I load a SoA game setting snares works perfectly fine, I get a success/fail roll every time.

Its probably an issue with a mod, any idea's on what it could be? I don't have that many installed..
0 · Share on Google+ Share on TwitterShare on Facebook