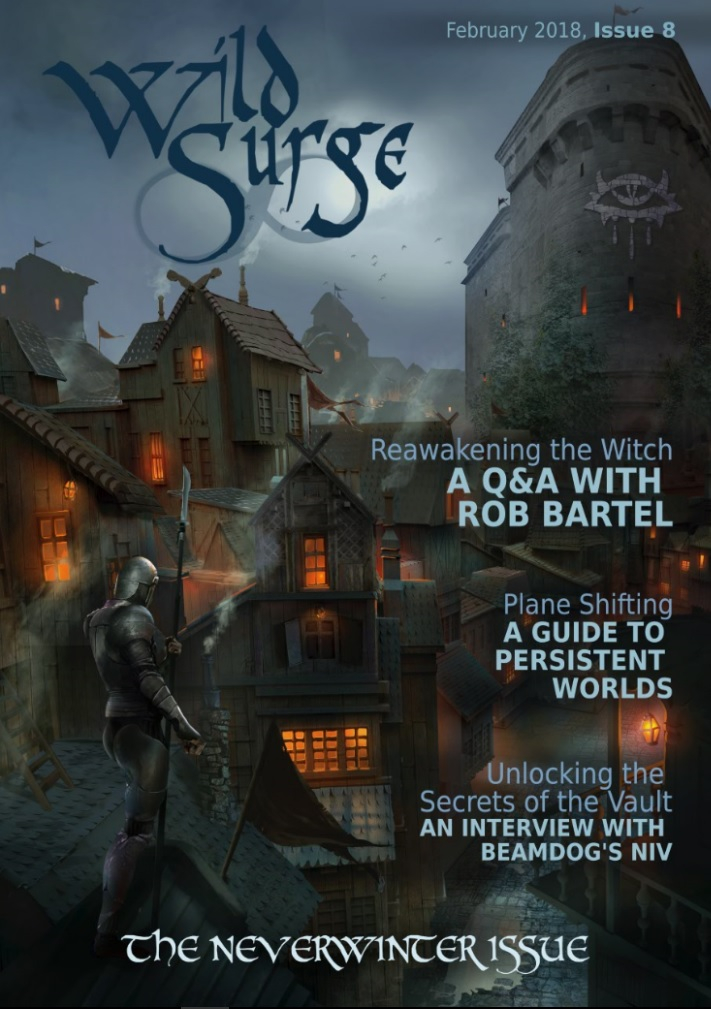 Better late than never, unless it's Neverwinter.

February issue of Wild Surge is finally here. With interviews from Rob Bartel, creator of Witch's Wake and Beamdog's own @niv, it's our biggest issue yet!

Spanning the history of Neverwinter in gaming, this issue looks at the original AOL Neverwinter, Neverwinter Nights 1 & 2, and the 4e Campaign Guide that influenced the popular Neverwinter MMO.

There is a persistent world highlight covering a dozen worlds just waiting to be explored in both the Enhanced Edition and the Diamond Edition.

Special thank yous go out to @Niv, and Rob Bartel for putting up with our questions and the many PWs who hosted me over the last two months.

With this issue, Wild Surge has also started a Discord Channel. Come hang out there, talk about the magazine, hook up with people looking for IE multiplayer or whatever. It's open and it's free to use.

Our next issue may be fowl as we wing our way through it, but with a little cluck, it'll be an eggcellent addition to our themed topics. If you want to help us out with it, shoot me or @typo_tilly a message here or email us at [email protected]

Thanks again for being the awesome community that you are!