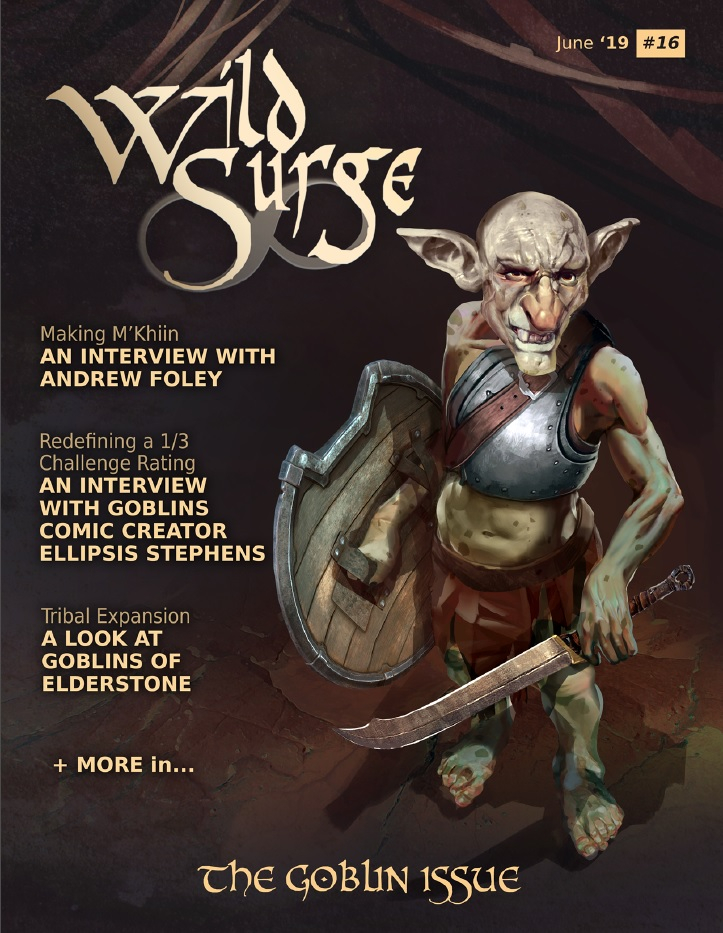 
This is our final issue as we go on hiatus... and it's a big issue!

Front and centre is a grotesque goblin wonderfully illustrated by @ashafetov, along with two massive headliners: interviews with Andrew Foley (of EE and SoD fame) and Ellipsis Stephens of Goblins fame. The two creators have generously taken their time to answer A LOT of questions. Seriously, I was surprised at the responses.

As a metal fan, it's always made me happy each issue to see Fandraxx's latest album reviews. And with this final issue, he went all out, soaring and roaring like a true metalhead.

Meanwhile, @deltago gives his first impressions of Goblins of Elderstone, then subjects himself to watching Troll 2. (Hey, I had to review The Star Wars Holiday Special last issue!) Taking it safe, I summarize the scant D&D info out there on roleplaying a goblin in PnP. I also review Jim Hines' Goblin Quest trilogy. (Spoiler alert: It beats watching Wookie Life Day.)

And to end it? @lolien writes a touching letter to @Anduin. Appropriately for these forums, the magazine is capped off with broccoli, cauliflower, and mushroom.


Safe paths, all. And remember to gather your party before venturing forth.