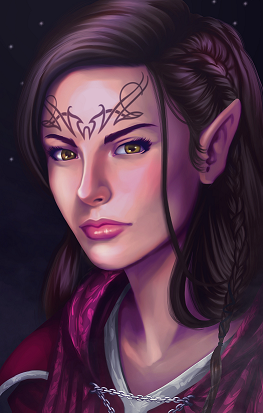 
Vienxay is an exiled shadowmage from the Elven homeland, Evermeet. Arrogant and pretentious, she takes her time away from her home bitterly, seeking revenge against her old mentor who framed her for the murder of an elf, or so she claims. Her talents in both thievery and magic promise utility and great skill at moving in and out unseen, but she will be slow to develop in either skillset.